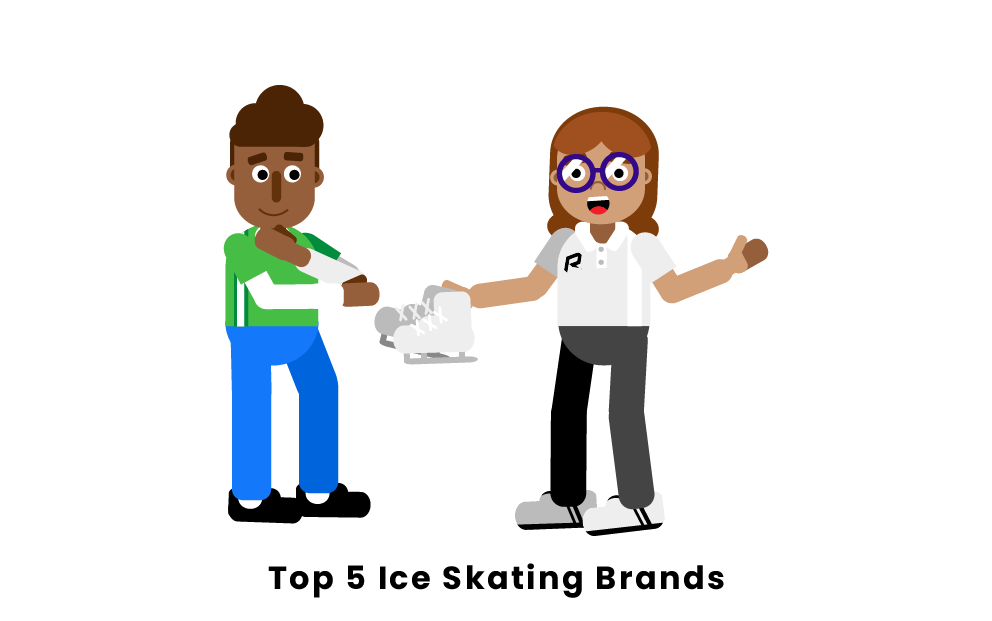 What are the most popular ice skating brands?

At number one on the list of the most popular ice skating brands is the company Jackson. Jackson Skating has been around forever, and they are known for how versatile their products are. Although they can be seen being worn by some of the top Olympic skaters including Karen Chen and Mirai Nagasu, they also produce a ton of great skates for beginners. Jackson makes both the boot and the blades, and they are known for having a wider fit which allows them to be worn by almost everyone. In addition, their skates are easy to find at any sporting or skating store as well as online, and all of their skates are heat moldable, allowing customers to really customize the feel and fit of each pair.

Coming in a very close second to Jackson on the list of the most popular ice skating brands is the company Riedell. The main reason for this number two placement is because Riedell is famously known for having a much more narrow fit when it comes to their skates in comparison to Jackson. That being said, Riedell manufactures both the boot and the blade of their skates, and they are also famously seen being worn by Olympic skaters. Some of these include Kurt Browning and Elena Radionova, and it's very common that if someone doesn’t fit into Jackson’s skates they will love the fit of Riedell’s. Riedell has been around forever and they are so well known because of the wide range of skates they provide to their customers of all different skill sets.

In third place on the list of the most popular ice skating brands is a company known as Lake Placid Ice Skates. This company earns its spot so high on the list not just because they have over fifty years of experience, but because of their awesome price points. This company tends to focus more on recreational skating in terms of family and friend fun throughout the winter, and they provide skates that are especially great for children. More recently they have become very well-known for their monarch adjustable model, which was made to actually expand in order to accommodate growth spurts. Another reason that many skaters are drawn towards this company is because the majority of their products can be purchased for under one-hundred dollars.

Coming in fourth place on the list of the most popular ice skating brands is a company known as American Athletic. This brand was established back in 1959, and they have been a top competitor in the industry ever since. They have more than six decades worth of experience behind them which has allowed them to use their expertise to really support their customers in terms of finding the skates that fit them best. More recently, they were rated the best overall ice skate by Tripsavvy, for their American Ice Force 2.0 model. Their skates are of very high quality, and their customers continue coming back for more.

The fifth most popular ice skating brand is a company known as K2 Skates. This brand has been around since 1961, and they really know what they are talking about and doing when it comes to manufacturing ice skates. K2 Skates tends to focus more on the recreational side of ice skating when it comes to their products purpose, and therefore each skate is made with the intention of allowing the skater to be comfortable while skating all day long. In addition, the company is popularly known for the FIT Ice Skate which uses a soft boot design to instill all-day comfort. With a hard outer shell and a very soft and cushiony inside, skaters can wear these for hours without any issues.