How Much Does It Cost To Go Ice Skating? 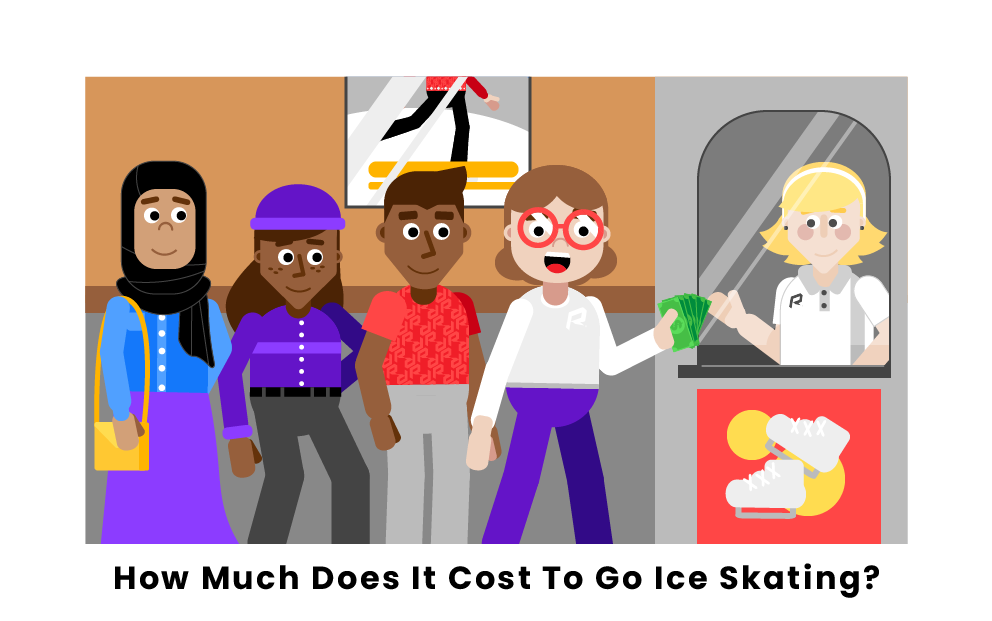 Ice skating is one of those rare forms of exercise that is both a highly competitive sport and a leisurely activity that the entire family can enjoy. Each iteration of ice skating also requires its own specific allotment of time and money. Listed below are various costs one should expect when going ice skating, whether you are looking to skate for fun or seeking future success in competition. 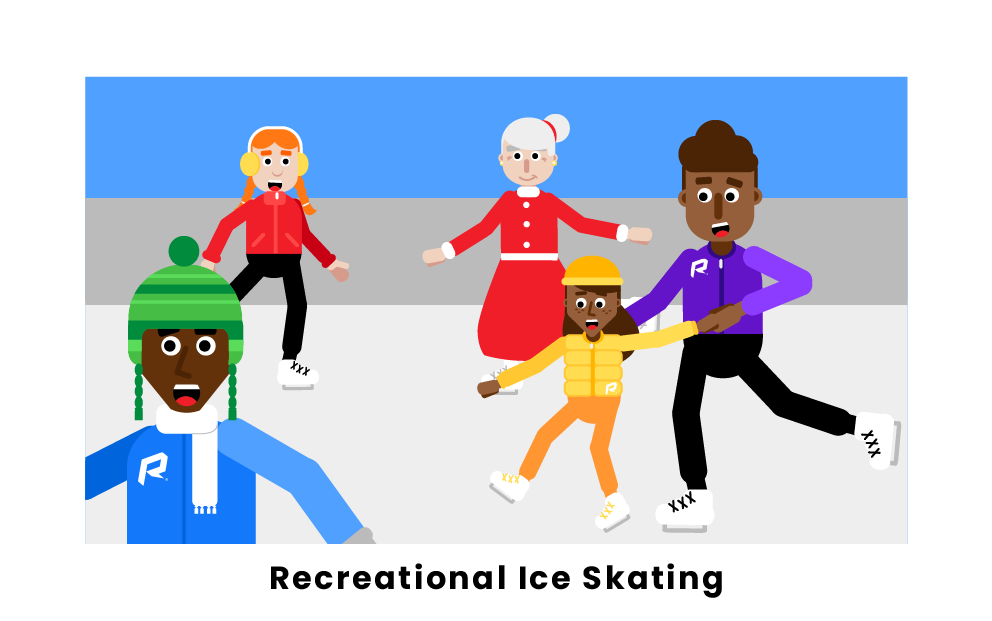 Most people recreationally skate during public sessions. Public sessions are purchased time periods where anyone, adult or child, can pay to access the rink ice. These sessions include skate rental, typically last around two hours or so, and generally cost anywhere from $7 to $15 per session per person. Most rinks have the option of purchasing seasonal passes that make these sessions more cost-effective if you intend on going multiple times a week. The cost of these passes varies based on individual rink packages and pricing.

If you want to become more proficient in ice skating but do not want individual coaching, the natural next step is group lessons. These beginner’s classes meet typically once a week for about two months and cost anywhere from $100 to $200 total. As with public sessions, skate rentals are usually included as part of this fee. Once you have surpassed group lessons, private individual lessons and general competition are the next steps. 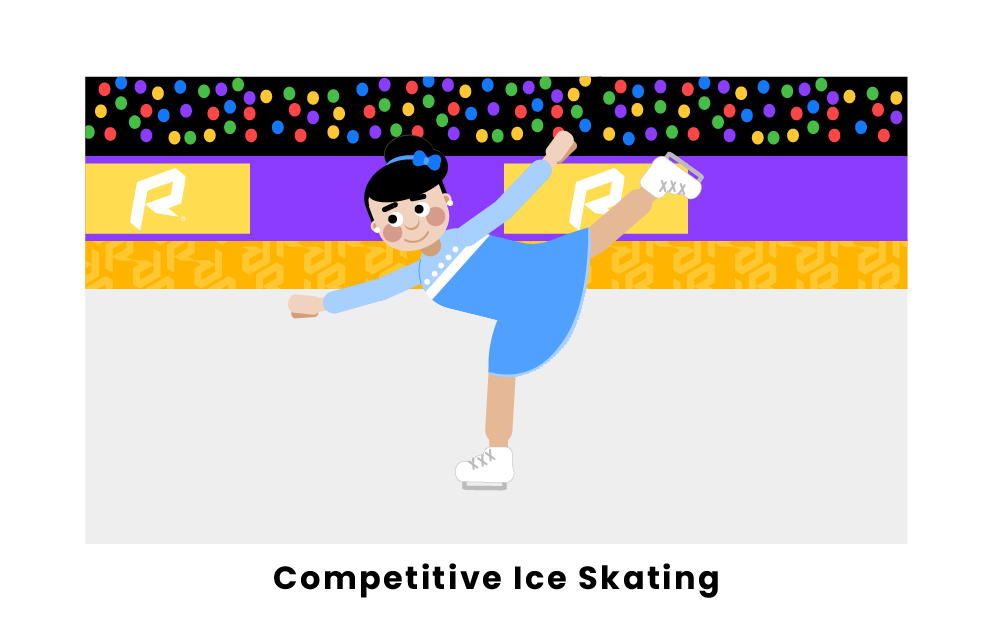 Though competitive ice skaters often also start out with public sessions and group sessions as well, there quickly comes a time where individual lessons and equipment must be purchased, each with its own set of costs.

The first major cost difference between most recreational skaters and competitive ice skaters is that competitive ice skaters always own their own set of skates. For children who intend to skate and train regularly, skates that fit them perfectly and provide optimal support must be purchased. Otherwise, minor to severe injuries can occur. Like any sports gear, this level of equipment can range widely in price. Most experts agree that a proper pair of skates for a child, including blades, should cost around $150 and up. Teen and adult skaters should be expected to pay even more, each pair costing at least several hundred dollars.

The next biggest cost for competitive skaters is private lessons. Most coaches verified through professional institutions such as the United States Figure Skating Association (USFSA) or the Ice Skating Institute (ISI) provide private lessons that cost around $40 an hour and up. This can be a daunting expense, but a necessary one for anyone serious about competitive ice skating success. The very top coaches, those known for coaching national and international champions, charge upwards of $90 to $150 per hour, as they are in high demand and only work with the best of the best. 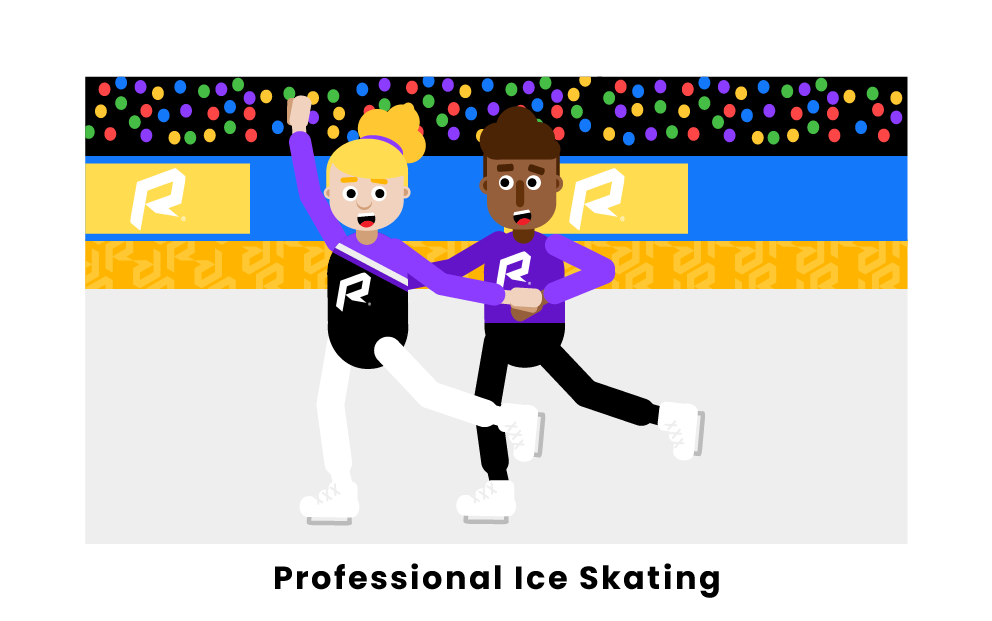 Senior-level skating comes with premium expenses far beyond those expected at the junior level or recreational skating. Instead of the skates used by teenage and adult junior competitors, ice skating professionals only use premium brand ice skates that often cost up to $2000 per pair. Skates at this level are generally replaced every year and require regular blade sharpening every few weeks or monthly, each time costing around $30.

Senior-level ice skaters also require an immense amount of training and coaching to become and stay competition-ready. These coaches, much like the top ones for junior champions, cost anywhere from $100 to $160 per hour. There is also, with or without coaching, a standard of at least four hours a day of practice time on the ice, with each private session costing around $25 an hour. Between these many costs, experts estimate that training for top figure skaters costs about $10,000 to $20,000 annually.

There are also various miscellaneous costs, such as thousands spent on traveling, hundreds spent on custom performance outfits, and finally, intense physical therapy for often around $300 an hour.

Though these costs may seem daunting now, they come nearly two decades into a skater’s career and are often covered by collegiate scholarships, sponsorship deals, and whatever prize money is won from skating in national and international competitions. Any competitive sport comes with its own unique set of monetary risks and rewards; ice skating is no different in that respect.

Pages Related to How Much Does It Cost To Go Ice Skating?