Do Ice Skaters Get Cold In Their Clothes? 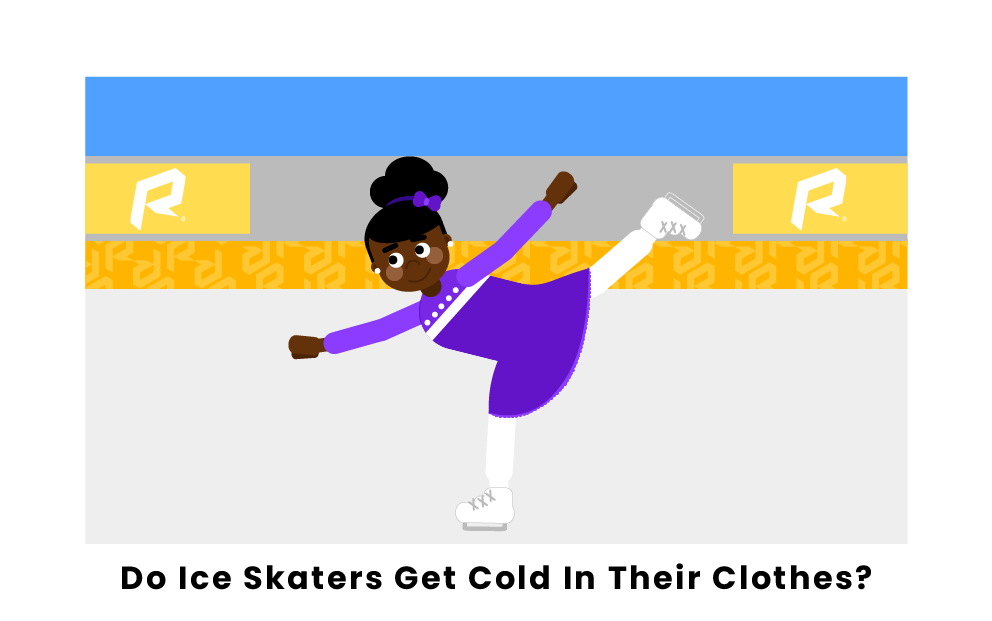 Ice skaters, especially professionals, wear outfits that leave a lot of their skin exposed. Female skaters, in particular, often perform in outfits where the lower region is covered only by skirts and tights. Since their sport requires them to perform in the cold, it seems like these outfits would not be suited to the frigid environment. That raises the question: do ice skaters get cold in their clothes? And what clothes do skaters have to wear in competition? Read on to find out!

What is The Dress Code For Female Ice Skaters?

Although pants are permitted for women, female figure skaters and ice dancers typically stick to wearing skirts. The reason behind this is that competitive skaters do not want their outfits to distract the judges, and traditionally, skirts have been the uniform for ice skaters.

One instance where a figure skater was reprimanded for her outfit was during the 1988 Olympics: Katarina Witt wore an outfit that some found too revealing. Later, the rule became that female figure skaters should have at least 50% of their bodies covered. However, generally, skaters select outfits for the convenience with which they can compete in their sport. Ice skaters’ skirts are shorter, for example, because it allows them to more easily perform jump moves. Ice dancers, on the other hand, opt for longer skirts since they do not perform jumps.

Do Female Ice Skaters Get Cold in Their Outfits?

Generally, female ice skaters do not get cold in their outfits, even when they wear shorter skirts or more revealing clothing. There are a few reasons for this. One is that the tights skaters wear to protect them from scrapes often provide some level of warmth. Ice skaters' bodies also adjust to being on the rink constantly since they frequently practice, so the cold does not bother them as much.

Another reason ice skaters do not get cold is the lights in the arenas in which they perform. The lights are so bright that they actually contribute to keeping figure skaters warm. In addition to these lights, skaters are generally performing very physically demanding moves that help keep them warm even as they perform on ice wearing minimal clothing.

What is The Dress Code For Male Ice Skaters?

The rules for what men can and cannot wear when figure skating competitively are much simpler than the rules for women. The one hard and fast rule for men is that they cannot wear tights, but rather, should wear slacks or something similar. They can even get a point deduction if their pants are too tight.

Getting cold is even less of a worry for male figure skaters than female figure skaters since their outfits generally cover more skin. Again, the lights and the physical demands of their sport also contribute to keeping them warm even as they perform on the ice.

Pages Related to Do Ice Skaters Get Cold In Their Clothes?