Why Did Wayne Gretzky Tuck His Jersey In? 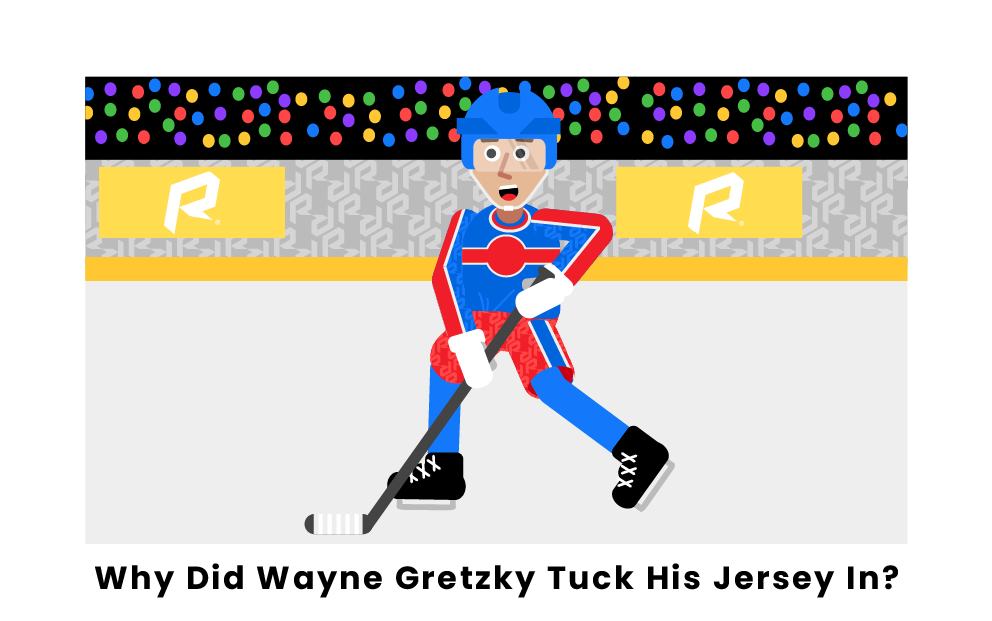 Wayne Gretzky, arguably the best hockey player of all time, was always seen playing a game with a portion of his jersey tucked in. Although it doesn’t take a hockey superfan to know who Wayne Gretzky is, many are not aware of why the pro never hit the ice without his signature uniform style. The short answer is both personal habit and superstition.

Wayne Gretzky, also known as The Great One, started playing in the NHL for the 1979-1980 season. He retired after the 1998-1999 season. Throughout his career, Gretzky played for the Edmonton Oilers, Los Angeles Kings, St. Louis Blues, and the New York Rangers. He won a total of four Stanley Cups playing for the Oilers.

Gretzky was only six years old when he first started playing hockey. At the time, he only played with eleven-year-old kids who were much larger than him.

Unlike today, the hockey uniforms Gretzky first played in were wool sweaters. Due to their bulky nature, it was very uncommon for players to want to tuck their uniforms into their hockey pants. However, because Gretzky was a six-year-old wearing a uniform designed for eleven-year-olds, he claimed in an interview that his oversized sweater went down to his ankles.

His dad told him that he looked too small wearing his sweater untucked, so he tucked it into his hockey pants. Gretzky claimed that, since then, it became a habit of his. This habit carried on throughout his extremely successful professional hockey career.

Gretzky’s tendency to tuck the right half of his jersey eventually turned into a superstition of his. He also claimed in an interview that he played better when it was tucked. When he didn’t wear his jersey tucked, he said he had bad games and even bad months or seasons. This superstition was embraced by his fans, and Gretzky eventually had jerseys custom-made to accommodate his style. He had two logos on his shirttail, so at least one would be visible regardless of how he tucked his jersey in.

Gretzky’s prestige led many players to want to mimic their idol’s style. The jersey tuck grew in popularity as Gretzky became more legendary. From youth leagues to the NHL, players adopted the “Gretzky Tuck”. Other professionals who tucked their jerseys include Patrice Bergeron, Alex Ovechkin, and Mikhail Grabovski. Regardless of these other pros, the original tuck will always be attributed to Gretzky.

Are hockey players allowed to tuck their jerseys in the NHL?

As of 2022, players cannot intentionally tuck their jerseys. Before the 2013-2014 season, general managers implemented NHL Rule 9.5., which stated that players are not allowed to have their jerseys tucked. Jersey tucks first led to a warning and then were punishable by a penalty. After backlash, the “tuck rule” was loosened so accidental jersey tucking during play was no longer considered illegal.

Pages Related to Why Did Wayne Gretzky Tuck His Jersey In?