Who Wore The First Hockey Mask? 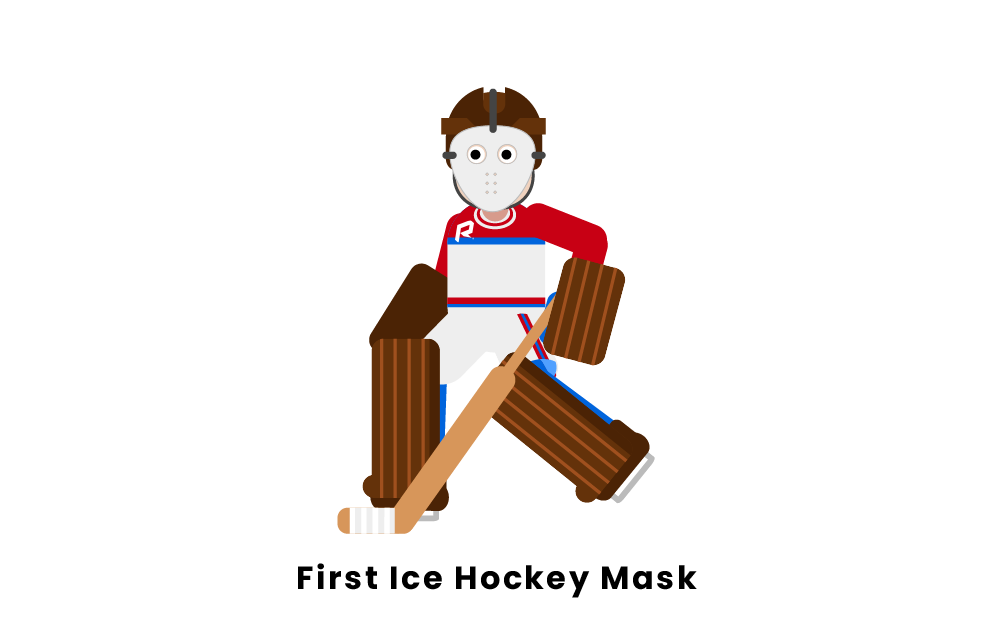 It’s hard to imagine a period of time where something as commonplace as a protective mask was not worn in hockey; masks are a universal part of the game nowadays. However, there was a period of time when hockey masks weren’t worn. According to USA Hockey Magazine, 1927 was the first year a player wore a mask in-game. But who wore the first one? Read on to find out.

Who Wore the First Masks During a Hockey Game

In 1927, Elizabeth Graham wore the first mask during a hockey game. She was the goaltender for Queen’s University at the time. It was a fencing mask rather than the hockey mask we recognize now, and she wore it to protect her teeth while she played. Later, in 1930, Clint Benedict became the second known player to wear a hockey mask. Unlike the masks we know today, this mask only covered the bottom half of his face.

Finally, in 1936, Teiji Honma wore a mask that looked slightly more contemporary to the Olympics. The mask had a wire cage around the front, similar to what contemporary hockey players wear. His reason for wearing the mask was to prevent his glasses from breaking.

Jacques Plante is credited with being the first player to wear a hockey mask during an NHL game. Plante is often recognized as the first to wear a hockey mask because he was the first to do so at the highest level of hockey. In 1959, when Jacques Plante was playing a game, his nose was broken by a stray puck. He insisted that he wear his practice mask in order to continue playing. It was a white fiberglass mask he had utilized during practice since 1956.

Plante continued to wear the mask even after his nose healed and eventually pitched the mask to the NHL. At first, his choice was questioned, and he was often made fun of. His teammates even said that he would scare women with the mask. However, its popularity grew and the mask became more commonplace in the game.

Three years after retiring from hockey in 1975, Jacques Plante was inducted into the Hockey Hall of Fame. Though Jacques Plante may not have been the first person to wear a mask in the game, he was the person who popularized the mask, making hockey a much safer game to play.

What Types of Masks do Hockey Players Wear Today

Today, hockey players wear a few types of masks. After a player had his eye gouged out during a game in the 1970s, the visor mask was introduced. It features a plastic piece that drops down over the eyes to prevent injuries. Players use three other types of masks, the full shield, full cage, or hybrid shield mask, to protect their entire face rather than just their eye area. Playing hockey without face protection is considered incredibly dangerous in today’s game, as pucks reach high speeds upward of 100mph.

Pages Related to Who Wore The First Hockey Mask?