Who Is Wayne Gretzky In Hockey? 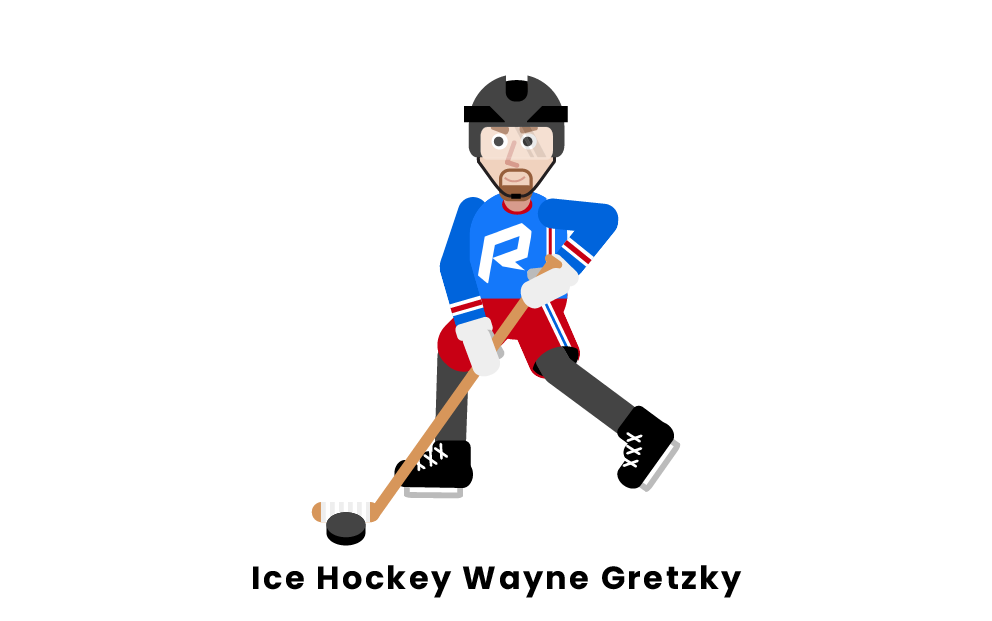 Wayne Gretzky is arguably known as one of the greatest players in the National Hockey League. From a young age, Gretzky was a talented hockey player, being the youngest player and the leading scorer during the 1977 Junior World Cup championship. Gretzky began his professional career in the World Hockey Association, but was sold to the Edmonton Oilers who became an NHL team in 1979. On the Oilers, Gretzky was the team captain and led the team to four Stanley Cup victories. Following his time in Edmonton, Gretzky was traded to the Los Angeles Kings. Then, he was traded to the St. Louis Blues in 1996 but was quickly traded to the New York Rangers.

Wayne Gretzky was a very decorated player. He won the Art Moss Memorial trophy for being the leading goal scorer for seven consecutive years, was the first to win the Hart Memorial trophy for eight consecutive years and broke many records throughout his career. As a result, fans and players have nicknamed him "the great one" for his talent on the ice.

Who did Wayne Gretzky play hockey for?

Wayne Gretzky played for many teams throughout his career. He started for the Edmonton Oilers in 1979 and played in Edmonton until 1988 when he was traded to the Los Angeles Kings. Gretzky stayed in Los Angeles for eight seasons, until 1996 when he was traded to the St. Louis Blues. It didn't take long for the Blues to trade him to the New York Rangers. The Rangers was the last team Wayne Gretzky would play for as he would go on to retire in 1999.

Did Wayne Gretzky coach in the NHL?

Wayne Gretzky did coach in the National Hockey League. He started coaching for the Phoenix Coyotes as a head coach in 2005. Aside from coaching in Phoenix, Gretzky was the managing partner and alternate governor for the franchise since 2001. In addition, Gretzky was the Executive Director of the Canadian Men's hockey team in the 2002 and 2006 winter Olympics.

How many Stanley Cups does Wayne Gretzky have?

In his 20 years as a player in the National Hockey League, Wayne Gretzky has won a total of 4 Stanley Cup titles. All four of these were won when he played on the Edmonton Oilers. These were won in 1984, 1985, 1987 and 1988. In addition, Gretzky has held the record for the most goals in the playoffs at 122 goals as well as the most assists in his playoff career.

Why is Wayne Gretzky called the Great One?

Wayne Gretzky is called the Great One for his talent and record breaking career as a National Hockey League player. He has won four Stanley Cup titles and has broken many records which he continues to hold in the NHL. In addition, he has won, in multiple seasons, the Art Moss Memorial trophy and the Hart Memorial trophy for being the leading scorer and most valued player in the league.

Pages Related to Who Is Wayne Gretzky In Hockey?