Who Is Gordie Howe In Hockey? 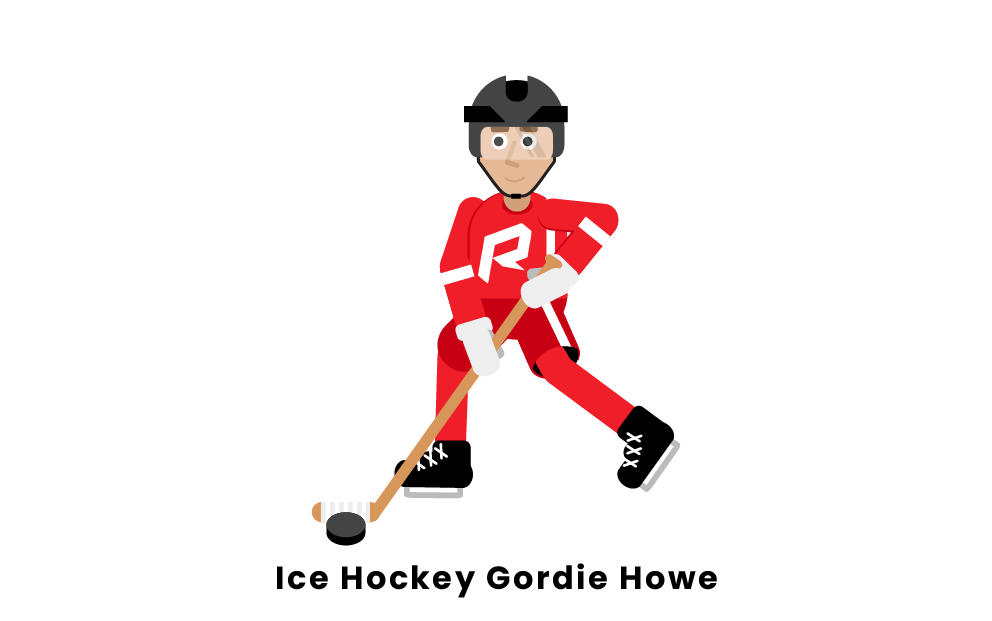 Gordon "Gordie" Howe is a Canadian National Hockey League player known for his performance and skills on the ice. Nicknamed, "Mr. Hockey," Howe was known for his scoring ability, winning the Hart Memorial trophy and Art Ross trophy more than once.

Gordie Howe moved to the United States in 1944 and soon after signed a contract with Omaha in 1945. He only stayed for a year before he moved to play on the Detroit Red Wings. In Detroit, Howe dominated the ice rink, scoring a grand total of 103 points at the peak of his career. While Howe retired in 1970, he would soon go on to play in the World Hockey Association on the New England Whalers. The Whalers would bring him back into the NHL as the team would be moved into the league in 1979.

Howe finally retired from hockey in 1980. By the end of his career, Gordie Howe broke many records including total points, goals and assists. These records would be broken soon after by hockey star Wayne Gretzky. He would spend a total of 5 decades playing hockey. Gordie Howe's talent and accomplishments remain, making him known to be one of the most talented hockey players to date.

Gordie Howe was nicknamed "Mr. Hockey" for his talent and passion for the game of hockey. He was known for loving the game and the fans, often attending charity events and staying after games to sign autographs. Gordie Howe also played hockey for over 5 decades, which made him well known throughout the hockey community. He made contributions to the sport that are still prevalent today, and continues to make it on the top 100 list of best hockey players.

When did Gordie Howe play hockey?

Gordie Howe began playing hockey in the National Hockey League in 1945. He played for the Chicago Red Wings for a total of 25 seasons. Soon after, he would go on to join the New England Whalers (now the Hartford Whalers) where he would play from 1977 to 1979 and would retire at the age of 52. Howe was the oldest person to ever play professional hockey and was involved in the NHL for a span of 5 decades.

How many records does Gordie Howe have?

Pages Related to Who Is Gordie Howe In Hockey?