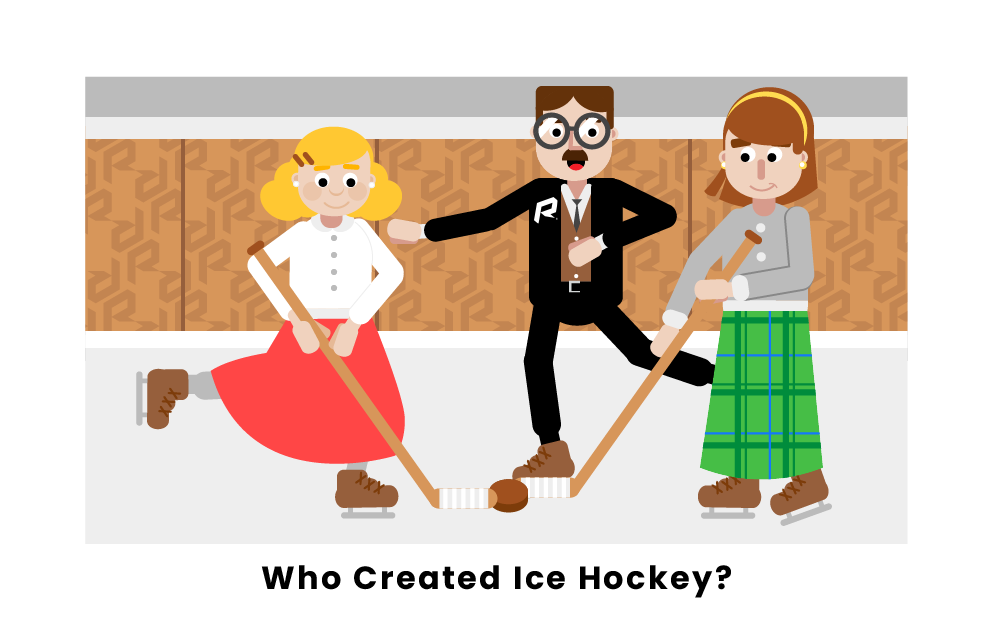 Ice hockey was invented over a hundred years ago and has evolved tremendously over time. It’s now being played in over a dozen countries across the globe and is most popular in Canada and the United States. Read below to find out more about the creation of ice hockey.

The creator of the game of ice hockey is claimed to be Nova Scotia native James Creighton, who developed the modern version of the game in 1875. However, it’s said that hockey could’ve been developed thousands of years before by ancient civilizations such as the Romans, Greeks, and Aztecs. Creighton developed the version of hockey we see today. He was the one who’s credited to have organized the first indoor game of ice hockey in 1875 in Montreal, Canada.

The first organized ice hockey game took place on March 3rd, 1875, at the Victoria Skating Rink in Montreal. The game was organized by James Creighton, and each team featured nine players. This was a massive change to previous forms of ice hockey because there was no formal number of players per team before the game was brought indoors. Another important note about the contest was that it was played with a wooden disc (puck). Nowadays, the puck is a circular piece of rubber, but back then, the game was typically played with a lacrosse ball. The invention of the puck allowed players much more control than they ever had before. Eventually, the contest ended with Creighton’s team winning 2-1.

The Invention of the National Hockey League

The National Hockey League (NHL) is considered the top professional ice hockey league in the world and was founded in 1917 by four former team owners from the National Hockey Association (NHA). These owners broke away from the NHA to form their own league, the NHL, in response to conflicts they were having with another owner in the league. There were many attempts to make professional hockey leagues in the early 20th century, but the NHL is the only one that lasted. The first four teams were the Montreal Canadiens, Toronto Arenas, Ottawa Senators, and Montreal Wanderers, with the first American team, the Boston Bruins, coming in 1924. The first game took place on December 19th, 1917, between the Wanderers and the Arenas, with the Wanderers winning 10-9 in front of 700 fans. However, the Stanley Cup (the trophy given to the winner of the NHL for a given season) was not introduced until the 1926-27 season, and the first team to win it was the Ottawa Senators.

Who is the inventor of ice hockey?

While the exact origins of ice hockey have been debated,  the inventor of the sport’s modern form is James Creighton, who organized the first indoor ice hockey game ever in 1875. Creighton played in the game he created, and his team won 2-1. However, back then, scoring a goal meant you won the game, so Creighton’s team really won two games, and their opponent won just one.

Why was the NHL created?

The NHL wasn’t the only hockey league that existed in the early 1900s, but it was the only one that lasted. In 1917, four owners in the NHA (National Hockey Association) wanted to break away from the league because of disputes with another owner, Eddie Livingstone. As a result, the four owners suspended play in the NHA and moved their teams to the NHL, blocking Livingstone’s team from joining. The newly formed NHL proved to be a much more successful league and has continued to prosper to this day.

When did ice hockey get invented?

The modern form of ice hockey that we play today was invented in 1875. There’s evidence to suggest that older versions of ice hockey were played even earlier, but 1875 is considered the beginning of the “modern game.” This is when the first organized game was held, which followed many of the modern rules, including being played indoors, having a set number of players on each team, and recording the score of each game.