Who are the Montreal Canadiens' Biggest NHL Rivals? 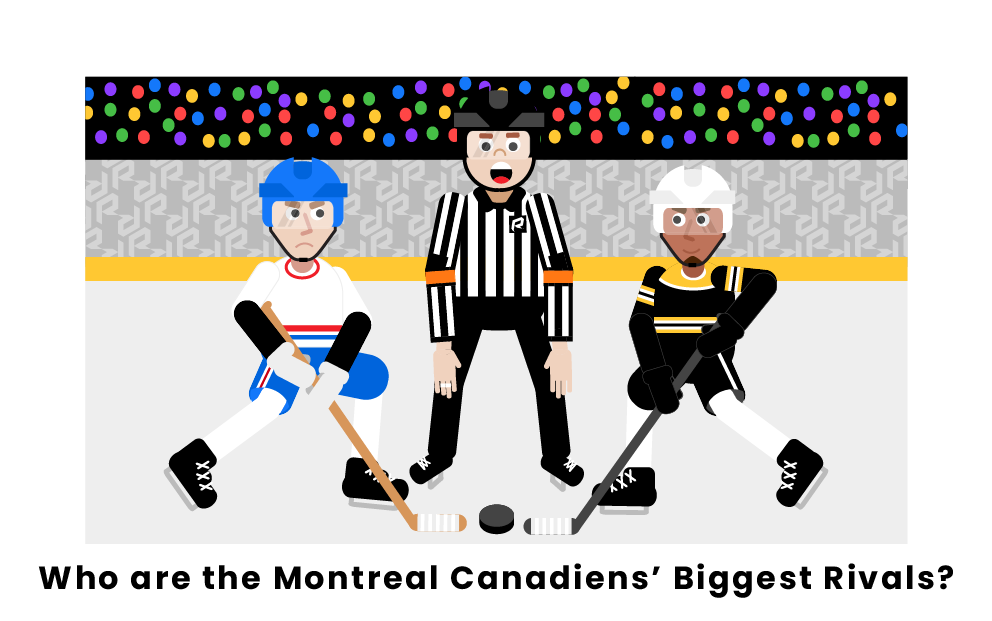 The Montreal Canadiens biggest rivals are the Boston Bruins, Buffalo Sabres, and the Toronto Maple Leafs. The Montreal Canadiens are one of the most well-known and popular teams in the National Hockey League (NHL) and are one of the “Original Six” teams in the league. Over their long history, the Canadiens have formed a number of rivalries with other teams in the NHL, and these rivalries have led to years of great moments, from memorable games to brawls and other exciting events.

What Teams Are The Montreal Canadiens’ Biggest Rivals?

The Canadiens’ biggest rivals in the NHL are undoubtedly the Boston Bruins. These two teams have faced off for years, and their meetings have always been fiery and intense. Boston and Montreal have faced each other on the ice over 600 times, and the two teams first met in the playoffs in 1929. The teams set the tone for their upcoming rivalry by meeting in the playoffs yet again in both 1930 and 1931, and after that, their feud took off, reaching its peak in the 1970s. Though the Bruins won the Stanley Cup twice in the 1970s, they were never able to beat Montreal, who swept Boston in every single one of their playoff meetings from 1946 to 1987. Since then, the rivalry between Boston and Montreal has only grown, and it remains one of the strongest NHL rivalries. An important moment in the history of the rivalry was the infamous “Richard Riot,” a 1955 protest which occurred on the streets of Montreal after one of the Canadiens’ star players, Maurice Richard, was suspended for the season after an altercation with two Boston players.

While not as bombastic as their rivalry with the Boston Bruins, the Canadiens’ rivalry with the Buffalo Sabres is a well-known feud. A newer team to the NHL, the Sabres made their league debut in the 1970-71 season and immediately set themselves up as a threat by securing the first draft pick that year, selecting future Hall of Famer Gilbert Perreault. The Canadiens and Sabres first met in October of 1970, in a game where Montreal secured a 3-0 victory. Since then, their rivalry has continued but has been among the more muted feuds in the NHL. Nonetheless, the battle between Montreal and Buffalo can be quite exceptional, especially in regard to brawls between the two teams. Of all the teams that Buffalo has faced, they have the second-highest number of fistfights against the Montreal Canadiens, standing at upwards of 150 total fights. This number is exceeded only by the number of fights between the Sabres and Montreal’s greatest rivals, the Boston Bruins.

Yet another old rivalry exists between the Canadiens and the Toronto Maple Leafs, two Canadian teams from the “Original Six.” The first game played between the Canadiens and the Maple Leafs dates back to 1917, but neither team was a powerhouse in the early decades of the NHL, so their rivalry was not initially strong. However, in the 1940s, both teams picked up steam, and so did their feud. Toronto successfully won five Stanley Cups in that decade, while Montreal won two. The 1950s saw Montreal gaining even more power with an additional six Stanley Cups, and though Toronto’s fortunes waned, the rivalry remained strong. The 1960s and 70s marked the highest point of the rivalry but then slowly diminished due to shifting divisions in the decades following. Memorable moments in the rivalry include the Maple Leafs’ stunning upset in the 1967 Stanley Cup Final and the shocking move of legendary coach Pat Burns from the Canadiens to the Maple Leafs in 1992.

Are the Montreal Canadiens and New York Rangers rivals?

The Montreal Canadiens are long-standing rivals with the New York Rangers. Both teams are members of the “Original Six” NHL teams and first met on the ice in 1930. In their long rivalry, the two teams are noted for their pattern of postseason overtime games, with their playoff games going into overtime over ten times in the period between 1930 and 2014. Montreal and New York have met in the Stanley Cup Final, with Montreal defeating New York in five games during the 1979 championship.

Who is the Montreal Canadiens’ biggest rival?

The Montreal Canadiens’ biggest rivals are the Boston Bruins. The rivalry between Boston and Montreal goes back to the 1920s and has seen several intense playoff and regular-season matches over the century that followed. Fans of both teams are notable for their loyalty and for getting involved in the rivalry as much as the players. Fans of the Canadiens notably rioted in the streets of Montreal in 1955, after the season-long suspension of Maurice Richard for an altercation with two Bruins players. The “Richard Riot” caused tremendous damage and is one of the many instances in which the storied Bruins-Canadiens rivalry has reached a fever pitch.

Why are the Montreal Canadiens and Toronto Maple Leafs rivals?

The Canadiens and Maple Leafs are rivals for several reasons. Firstly, the teams hail from different Canadian provinces, the Maple Leafs in Ontario and Canadiens in Quebec, making it a cultural rivalry as well as a sporting rivalry. Secondly, both are members of the “Original Six” NHL teams and have played each other many times since the early 1900s. The Maple Leafs and Canadiens have faced off in many exciting games over the years, including the memorable 1967 Stanley Cup Final, where the Maple Leafs executed a shocking Game 6 upset against Montreal.

Pages Related to Who are the Montreal Canadiens' Biggest NHL Rivals?