What Is Unsportsmanlike Conduct In Hockey? 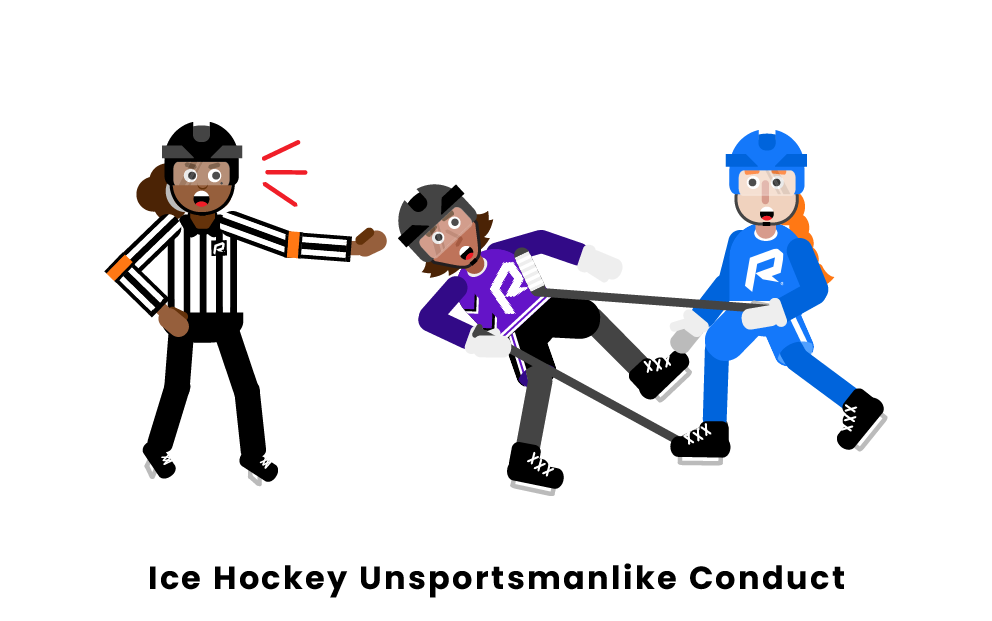 Hockey is a contact sport, so it is important for the National Hockey League to specify guidelines and rules for what is acceptable. The guidelines for unacceptable actions in hockey are referred to as unsportsmanlike conduct, found under Rule 75 in the NHL Rulebook. Rule 75 explains that anyone involved with a team, including all of the players and coaches, is responsible for their behavior at all times and must take precautionary measures to ensure that disorderly behavior is not exhibited. Referees decide whether players are abiding by the rules or playing in an unsportsmanlike manner.

Unsportsmanlike conduct includes offensive verbal and/or physical gestures directed towards another hockey player, referee, or coach. Such actions include physical altercations, biting, hair-pulling, trying to take off an opponent’s helmet, or throwing objects onto the ice rink. The penalty for unsportsmanlike conduct is usually a two-minute minor penalty. However, a misconduct penalty can also be called at the discretion of the referee.

To signal an unsportsmanlike conduct penalty, the referee will stand in front of the scorer’s box and make a “T” shape with their hands, similar to the timeout signal. This signal is used to communicate the call to off-ice officials, coaches, and fans that may not be able to hear the verbal call.

What is the difference between personal fouls and unsportsmanlike conduct?

What happens if a player gets a game misconduct penalty?

If a player receives a game misconduct penalty, they are not allowed to return to the game. The referee must report all of the foul actions from the player to the Commissioner of the League to determine further disciplinary action. Players that are given a game misconduct penalty are also subject to additional discipline stipulated under Rule 28. Rule 28 states that the Commissioner of the League has the authority to investigate any actions, and the result of the investigation may lead to fines or suspension from playing.

What violation is it if a player shows an unsportsmanlike gesture?

Why is taunting a penalty?

Taunting was made a penalty to reduce conflicts between players and encourage sportsmanship. It has been officially established as an action that would receive a penalty since the 1992-93 season. Taunting falls under the Zero Tolerance Policy, where USA Hockey has decided to implement certain restrictions to have a more enjoyable experience for all participants involved. Taunting penalties not only apply to the players and coaches but also to the spectators. USA Hockey has a rule stating that if spectators are disruptive to the game or other spectators around them, the game will be paused by the officials, and those disruptive spectators will be removed from the stadium before resuming play.

Pages Related to What Is Unsportsmanlike Conduct In Hockey?