What Is Tripping In Hockey? 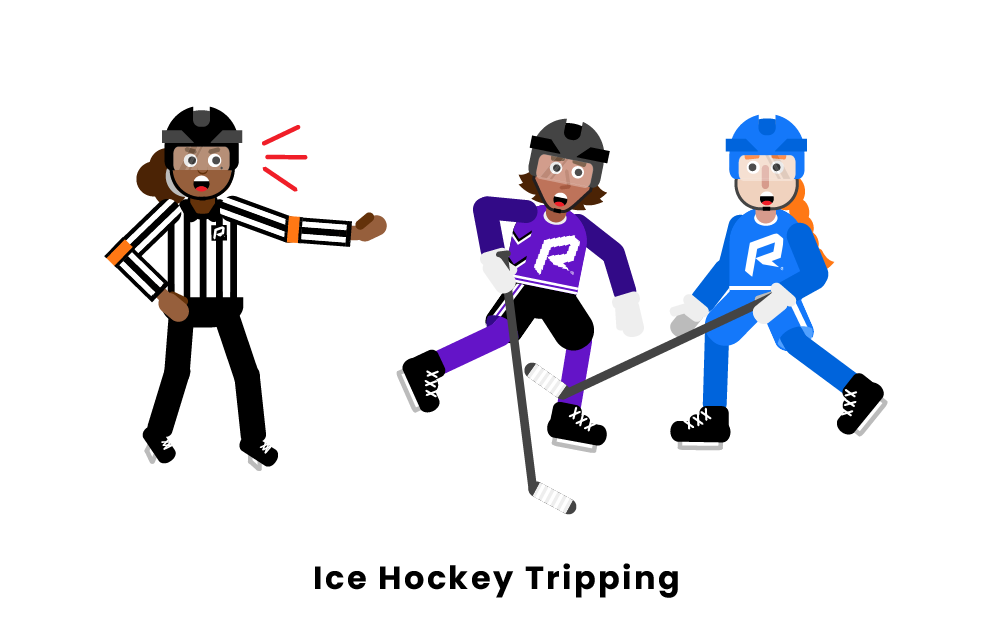 Tripping occurs when a player places their hand, elbow, leg, knee, foot, or stick in front of an opposing player so that they may fall or lose their balance as a result.

This is considered to be a separate action from clipping, leg checking, and slew footing but is penalized the same. Intentional and accidental trips are penalized differently in ice hockey.

Tripping is typically a minor penalty. The referee may use discretion to make the penalty major if the actions are more extreme. A major or game misconduct penalty may be enforced if the opposing player is harmed or injured as a result of the action.

There are a few instances where the referee can make a more prominent judgment call on the play. If a player makes contact with a puck and then subsequently trips an opposing player, it may be ruled accidental, and no penalty will be given. This typically happens when a defenseman makes a successful defensive move to get the puck away from the attacker.

Is tripping allowed in hockey?

Tripping is not permitted in ice hockey. This includes the action of placing your hand, elbow, leg, knee, foot, or stick in front of an opposing player so that they may fall or lose their balance as a result. Penalties will likely be called for intentional tripping, but the referee is given the opportunity to make a judgment call on what appears to be accidental tripping. More often than not, accidental tripping will not be penalized.

Is it considered tripping if you hit the puck first?

Tripping occurs when a player places any part of their body or stick in front of an opposing player to make them fall or lose their balance. If a trip takes place as a result of a successful defensive play on the puck, there may not be penalization. Specifically, if a player makes contact with the puck first and then subsequently trips an opposing player as a result of their contact, the player likely will not receive a penalty.

What is a leg check in hockey?

Leg checking occurs when a player extends their leg in front of or behind an opposing player with the intention of making that player trip or lose balance. This is considered to be a separate action from clipping, tripping, and slew footing, but is penalized the same. Minor penalties are typically enforced, but major or game misconduct penalties can be given depending on the severity of the incident.

What is the penalty for tripping in hockey?

Pages Related to What Is Tripping In Hockey?