What Is The Swedish Hockey League? 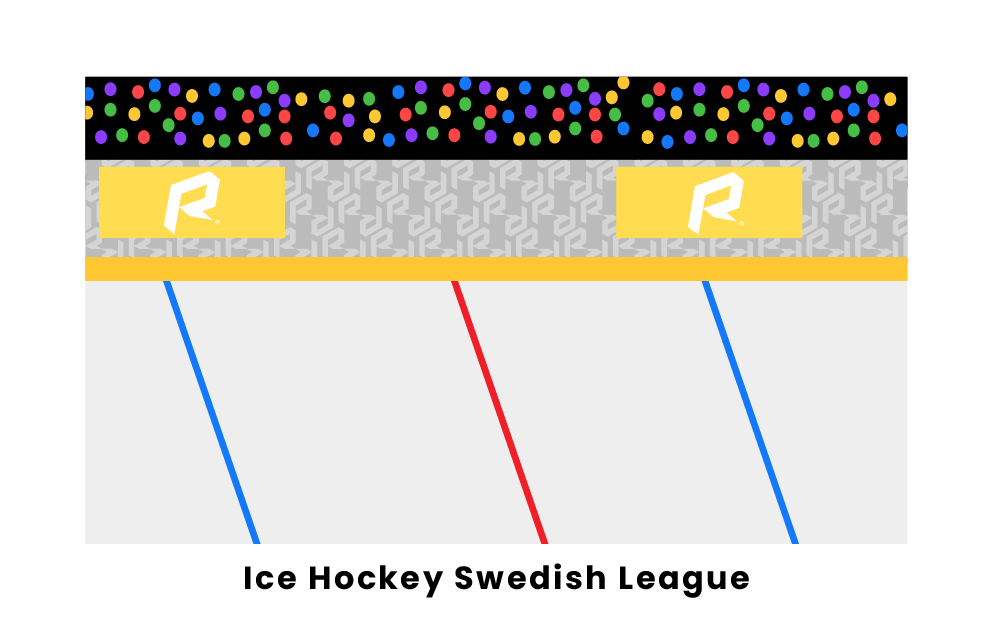 The Swedish Hockey League (SHL) is a professional ice hockey league based in Sweden. It was founded in 1975 as the Elitserien but has transformed over the years to be known as the SHL, or Svenska Hockeyligan in Swedish.

The Swedish Hockey League consists of 14 hockey teams, who are also the shareholders of the league. The SHL teams are:

It is common for players in the SHL to develop and strengthen their skills and talents on the ice before being drafted to play in the National Hockey League in North America, more commonly known as the NHL.

History of the SHL

The SHL was first formed in 1975, originally called Elitserien. The league started with only ten teams but was able to expand to 14 in 2015. The league has stayed constant at 14 teams ever since. To help with branding and international appeal, the Elitserien was renamed to its current name, Svenska Hockeyligan (SHL).

The Swedish Hockey League regular season consists of 52 games for each team. Teams play in a round-robin format against all the other teams in the league. The regular season takes place from late September to early March.

Teams are given between zero and three points for each game during the regular season, with three points awarded for winning the game in regulation, two points for winning in overtime or a shootout, one point for losing in overtime or a shootout, and zero points for losing in regulation time. At the end of the season, the team that has accumulated the most points is declared the regular season champions and awarded the highest seed in the playoffs.

The SHL playoffs feature the top eight teams from the regular season competing in multiple best-of-seven series to move on to the next round. The top six teams in the SHL automatically qualify for the playoffs. The next four ranked teams, those ending the season in 7-10 place, participate in a play-in tournament to determine the final two spots. The seventh-place team plays the tenth-place team in a best-of-three series, and the eighth and ninth-place teams do the same. The winner of these two series moves onto the quarterfinals. For the rest of the playoffs, teams are reseeded by round, with the highest seed playing the lowest seed, the second-highest playing the second-lowest, and so on. Whoever wins the final round of the SHL Playoffs receives the Le Mat Trophy and is given the title of Swedish Champion.

The SHL follows a similar promotion and relegation structure to European club soccer. The two lowest-ranked teams in the SHL at the end of the regular season are required to play a seven-game series to determine which team will be relegated. The winner of the series retains their spot in the SHL for the next season, while the loser is relegated to the second-tier HockeyAllsvenskan. The winner of the HockeyAllsvenskan Playoffs is promoted to the SHL to replace the relegated team.

How much money do hockey players in the SHL earn?

Hockey players in the Swedish Hockey League earn a monthly salary of around 75,000 to 90,000 Swedish Krona (SEK) on average. When converted to US dollars, the average monthly salary for a Swedish Hockey League player is about $8,300 to $10,000. The most popular and skilled hockey players in the SHL receive about 3-4 times greater than the average amount.

Is hockey popular in Sweden?

Hockey is a popular sport to play and watch in Sweden. Sweden is situated in Northern Europe, so the cold climate is ideal for a winter sport to be played. The country has a total of three hockey leagues, the most popular and well-regarded one being the Swedish Hockey League, but Sweden also has the HockeyAllsvenskan and the HockeyEttan.

How many games are in the SHL season?

The SHL season consists of 52 games, beginning in September and finishing in March. After the season’s 52 regular games, the playoffs begin in a series of seven games, similar to the NHL. The top six ranked SHL teams are guaranteed a spot in the playoffs, where the next best four teams compete for the last two spots in the playoffs.

Pages Related to What Is The Swedish Hockey League?