What Is The NHL All Star Game? 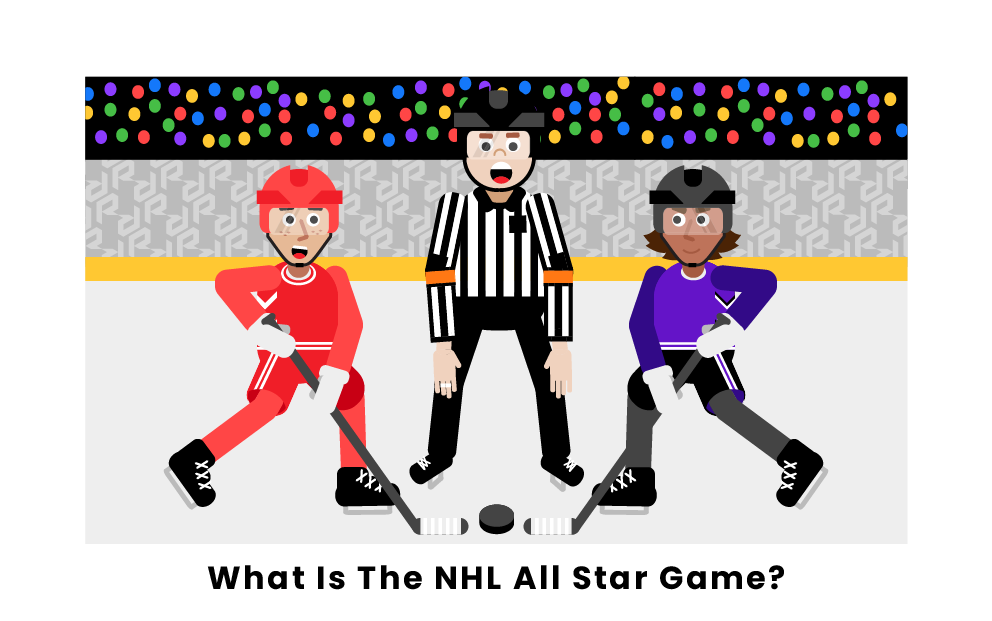 The NHL All-Star Game is a special game played by a group of selected National Hockey League players. This game has been a league tradition since 1947, although the format has changed over the years. In addition to the actual game, there is a series of competitions in which the same players involved in the game can participate and compete, called the All-Star Skills Competition. The game happens once every season, marking the halfway point in the regular hockey season.

Although it is referred to as a single game, it is actually a series of three mini-games, combining to make one full hockey game, and therefore it is called the NHL All-Star game. This mini-tournament is a way for the league to bring together the top players from each team to add variety to the season for hockey fans to watch, as well as a fun way for the players to compete against old and new teammates.

How are NHL All-Stars Selected?

NHL All-Stars are picked by one of two methods. First, a captain for each division is picked by fan voting that starts early in the season. Fans can vote for any player at any position. Whoever receives the most fan votes from each division will be designated their team’s captain. After the captains are chosen, the remaining 40 spots in the All-Star Game are picked by the NHL Hockey Operations Department. This makes a total of 44 players selected to the NHL All-Star game each season.

The NHL All-Star game is actually a mini tournament. The players are split up into teams by division, making up the four teams in the tournament. Two of these teams will play in one semifinal, and the other two will play in the other semifinal. Whichever division’s team won the All-Star Skills Competition the night before gets to pick which team they play in their semifinal game. Then, the remaining two teams will play each other.

The NHL All-Star Game consists of four different teams. The four teams are the Atlantic, Metropolitan, Pacific, and Central teams. The teams are chosen based on the division of the NHL team that the individual player plays for at that current time. Each team has 11 players, consisting of six forwards, three defensemen, and two goalies. The nine skaters are broken up into three different lines of three players for making line changes throughout the games. The team that wins the final game will earn the NHL All-Star Game trophy and a monetary prize.

The location of the NHL All-Star Game changes every year and is selected at least a year in advance. It is always held in the home arena of one team in the league, but there is no set order. While historically the location has changed between climates, recent years have seen NHL All-Star Games played in warmer-weather locations, such as Florida and California. Since there are a week's worth of immersive experiences provided during the All-Star break, host cities must be willing and able to support a large influx of fans and tourists.

Where is the NHL All-Star Game located?

The NHL All-Star game is located in a different ice hockey arena each year. The location is chosen each year based on a few required characteristics. First, the rink must be large enough to host the game as well as the skills competitions. It must also be able to fit thousands of fans, so larger arenas are typically preferred. The NHL typically picks the location based on the city’s passion for hockey and its capability to accommodate a large number of visiting fans.

Can any professional hockey player participate in the NHL All-Star Game?

No, not any professional hockey player can participate in the National Hockey League’s All-Star game. Only the players voted by fans or selected by the NHL’s Hockey Operations Department can play in the NHL All-Star game. The players that are selected each year tend to be the most skilled or the top point earners for each team. Based on who the fans select or who earns the most votes, the NHL’s Operations Department will then select the remaining ten players per team.

How often is there an NHL All-Star Game?

The NHL All-Star Game occurs once a year. The game is usually held in late January or early February, around the halfway point of the NHL season. This gives the players a break to rest mid-season and something to look forward to.

Are players randomly selected for each team participating in the NHL All-Star Game?

No, each player that is chosen to play in the NHL All-Star Game must play on the team that corresponds to the division they currently play in during the regular season. Once the fans have voted on the captains for that year, NHL officials will choose the remaining 40 players to compete. That being said, at least one player from each NHL team has to be selected to participate in order to represent the league fairly.

Pages Related to What Is The NHL All Star Game?