What Is The Frozen Four In Hockey? 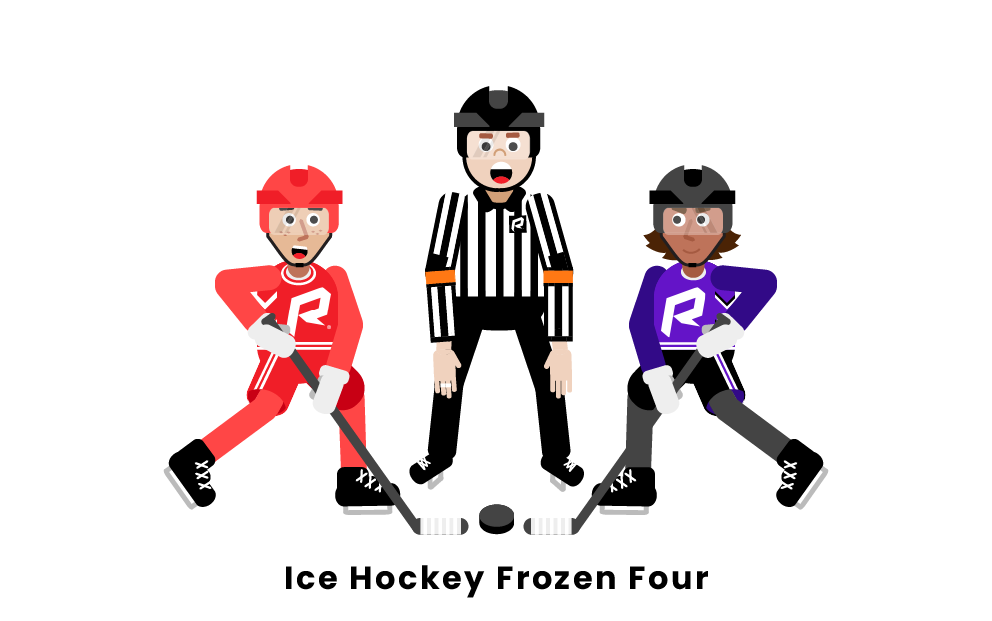 The Frozen Four is the annual semifinals and finals of the NCAA Division I Men’s Ice Hockey Tournament. This part of the tournament is played at a neutral site that is selected before the season starts. For the entire tournament, 16 teams play through four rounds to crown the champion. The champion for each of the six conferences automatically qualifies for the tournament, while there are 10 at-large bids given out to other worthy teams that did not win their conference tournament.

The first Frozen Four Final was held in 1948, nine years after NCAA Basketball began playing the Final Four, which has since become a cultural phenomenon. The first-ever Frozen Four was won by Michigan in an 8-4 victory over Dartmouth. College hockey is a more niche sport than college basketball, but hockey fans from all over the country still pack arenas to watch the most exciting college hockey of the season.

The Frozen Four is composed of four teams that won their regional finals games in the NCAA Men’s Division I Ice Hockey Tournament. Two regional winners play a single game to determine who will play in the championship game. The winner of the championship game wins the title of National Champion.

What team has won the most Frozen Fours?

Pages Related to What Is The Frozen Four In Hockey?