What Is The Defense In Hockey? 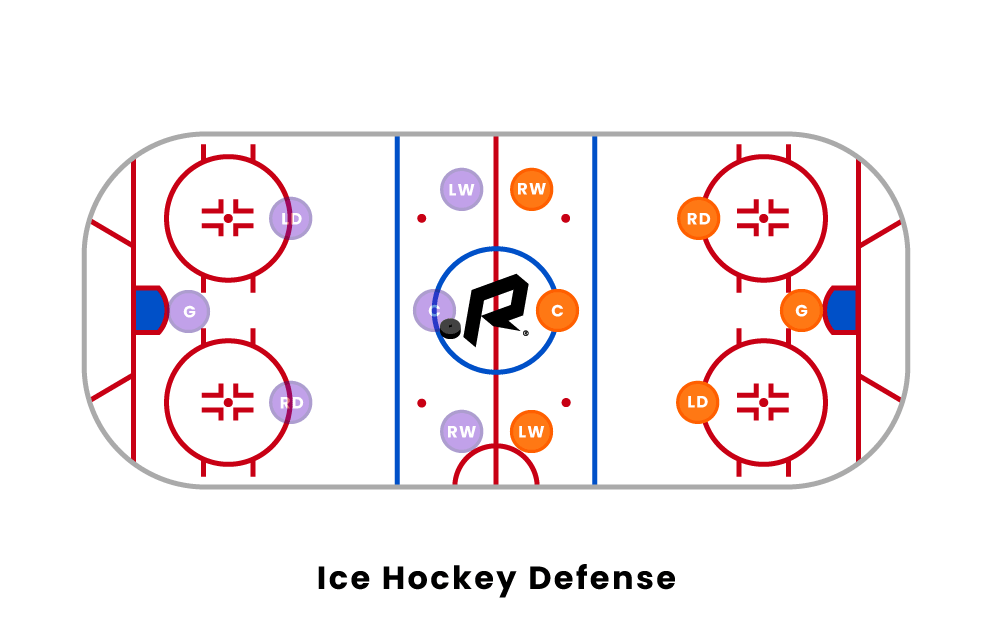 The defense in hockey is a position that is responsible for preventing the opposing team from scoring goals.

During a game, there are two defensive positions: the left defenseman and the right defenseman. The two defensemen guard their respective sides of the ice rink, but they work together as the overall objective of their position is to stop the puck from being scored into the net.

It is important for defensemen to have a great understanding of various hockey plays to see what play the opposing team might be playing in order to anticipate where the puck will be. Defensemen are also great at passing as they do this often to get the puck away from the defensive zone, known as a breakout pass. These players also must have a constant eye on where the puck is and block it aggressively when needed. It is also not uncommon for defensemen to try and shoot the puck into their opponent’s net from much farther away when the opportunity is available.

A popular defensive strategy in hockey is the neutral zone trap, otherwise known simply as the trap. The neutral zone trap is executed well when the defensemen move towards the neutral zone, or center area of the rink, making it much harder for the opposing offensive players to get the puck up the ice. The result of this added pressure on the opposing offensive players usually results in having the puck tucked over to the other team. This strategy was put in the spotlight in the early 1990s by the New Jersey Devils.

What does the defense do in hockey?

The primary objective of the defense position in hockey is to prevent the opposing team from scoring. This is done by blocking the puck when an opponent shoots or passes, checking the opponent, and aggressively pursuing the puck carrier to regain possession.

How many defensemen are on a hockey team?

During a game, there are only two defensemen out on the ice rink. However, most NHL teams will have three pairs of defensemen on their dressed roster, which means that teams have six defensemen ready to play for a game. Each pairing will typically play during a game, and substitute almost as frequently as forward lines. This also allows for replacement players if a defenseman is injured during the game.

Who is the best defenseman in NHL history?

The best defenseman in the history of the NHL is Bobby Orr. Orr was a star player for the Boston Bruins in the 60s and 70s and was a key part of their cup runs in 1970 and 1972. He won several awards throughout his career, most notably his eight straight Norris Trophies for best defensemen from 1968 to 1975 and two Conn Smythe Trophies for playoff MVP. Orr was inducted into the Hockey Hall of Fame in 1979.

Pages Related to What Is The Defense In Hockey?