What Is The Best Age To Start Ice Hockey? 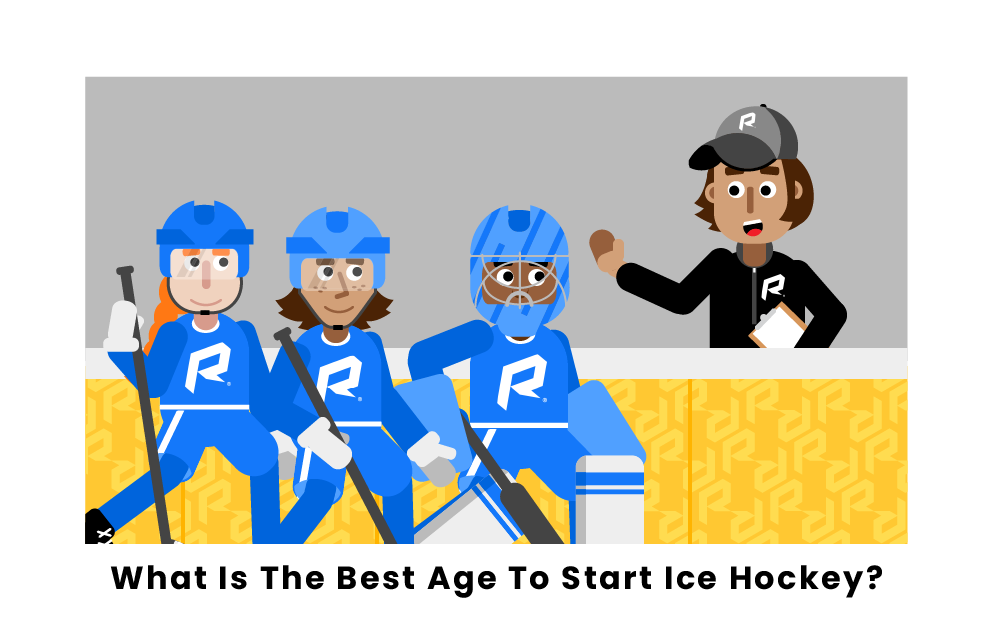 Like any sport, ice hockey offers kids a chance to stay active, build friendships, and learn teamwork. As a highly competitive sport with various collegiate and professional opportunities during adulthood, starting young is key to a future player’s success. Listed below is advice on when and how to introduce a child to ice hockey.

The first thing to help you decide if your child is ready to play ice hockey is to commit to certain goals. Some kids play hockey as a means of community building or just a fun seasonal activity while others are at the beginning of a path that could lead them all the way to the NHL (National Hockey League) or PHF (Premier Hockey Federation). If you want them to possibly take the second path, they should definitely start playing as early as possible. For the first path, things are much more lenient. Knowing your ultimate goals for your child will help you decide how much time and effort should be put into playing and training, especially at a young age.

The earliest you can start a kid on a path to playing ice hockey is generally around three years old. Before a child can begin engaging in the organized aspects of ice hockey, they must first be very proficient at ice skating. The golden rule is that once a child is good at walking, they can learn to ice skate. The 3-5 year age range is thus the perfect time to begin teaching your child the basics of moving around the ice.

The best time to start a child with an actual hockey team is around age five or six. In fact, all junior hockey leagues do not allow children to start playing competitively until the age of five. The reason for this is that a child must be physically able to ice skate and properly utilize hockey gear and other equipment while remembering the rules of the game and taking commands from their coach and referees. For the 5-11 age range, it is best for kids to focus on learning the fundamentals of ice hockey and also how to successfully function as a member of a team.

At about the age of 12, the intensity and demands of competition significantly increase. Around this time, kids who play ice hockey must decide whether they are going to continue playing through middle school and high school. As with other sports, participation and success, especially on junior varsity, varsity, and traveling teams help determine whether a teenager will be picked up to play on a collegiate team. Even if the ultimate goal is not for a child to play professionally as an adult, success during this age range can open doors to significant scholarship opportunities in college as well as a major boost to the resume when applying to schools for non-sports-related programs.

As with most competitive sports, players who are recruited for the collegiate level start playing young. To be considered for recruitment, a child typically must be part of a junior hockey league and that process generally starts during the spring semester of a player’s sophomore year of high school. Though there are exceptions to the rule on when exactly to start serious training, this timeline means a player must be near peak condition around 16 years old in order to get the attention of an NCAA program. If committing to a NCAA Division I program, players sign letters of intent with specific schools and are offered substantive scholarships, often full rides, depending on their desirability as a potential candidate.

Playing at the professional level, either in the NHL or PHF, understandably requires even greater skill than what is required for a collegiate hockey player. A child with hopes of playing in the NHL or PHF must still start young but there is even more pressure to be highly competent as both an individual player and a member of the team. While 12% of high school players make it to the NCAA, only 2% of top division NCAA players make it to the NHL. To progress against such odds, a hopeful professional hockey player must train seriously from a very young age until the conclusion of their competitive career.

Since ice hockey is classified as a contact sport, there is a high chance of injury. In fact, the Center for Disease Control (CDC) has confirmed ice hockey as the second leading cause of winter sports injury among children, particularly thanks to the persistence of body checking during games of any age. It is thus paramount that any child (or adult) playing ice hockey should wear appropriate safety equipment that protects the head, hands, chest and general well being of any player in order to avoid serious injury.

How do I get my kid started with Ice Hockey?

The first way to get a kid started with ice hockey is to teach them how to ice skate. If a child is not comfortable and proficient moving on the ice, they cannot hope to play during an actual game. Once your child has enough skill built up regarding their ability to skate, they must then learn the rules of hockey and be enrolled in a youth hockey league so that they can join a team and begin the organized portion of the sport.

How old should my child be to play Ice Hockey?

A child must be at least five years old before they are allowed to play organized ice hockey. The reason for this age limit is because a child must have the physical ability to ice skate and use equipment while also operating within a fundamental understanding of ice hockey and its rules.

Can I teach my child Ice Hockey?

If you have previous experience playing ice hockey, you can definitely teach your kid the basics of ice hockey, especially the rules. Also, the ability to ice skate is the fundamental starting block of ice hockey and can usually be taught by a parent or family member. For anything past the very basics, your child will need a coach and team to fully participate and grow as an ice hockey player.

How do I pick an Ice Hockey coach for my child?

Picking an ice hockey coach is all about meeting the needs of your individual child. If your goal is to foster community and/or fill your child’s life with the joy of a seasonal activity, you should pick a coach that prioritizes fun and is familiar with focusing on those elements. If your aim is to potentially start your child on a path to competitive play at the collegiate or professional level, you should pick a coach you believe is equipped to help them reach their fullest potential as an ice hockey player.

Pages Related to What Is The Best Age To Start Ice Hockey?