What Is Sudden-Death Format In Hockey? 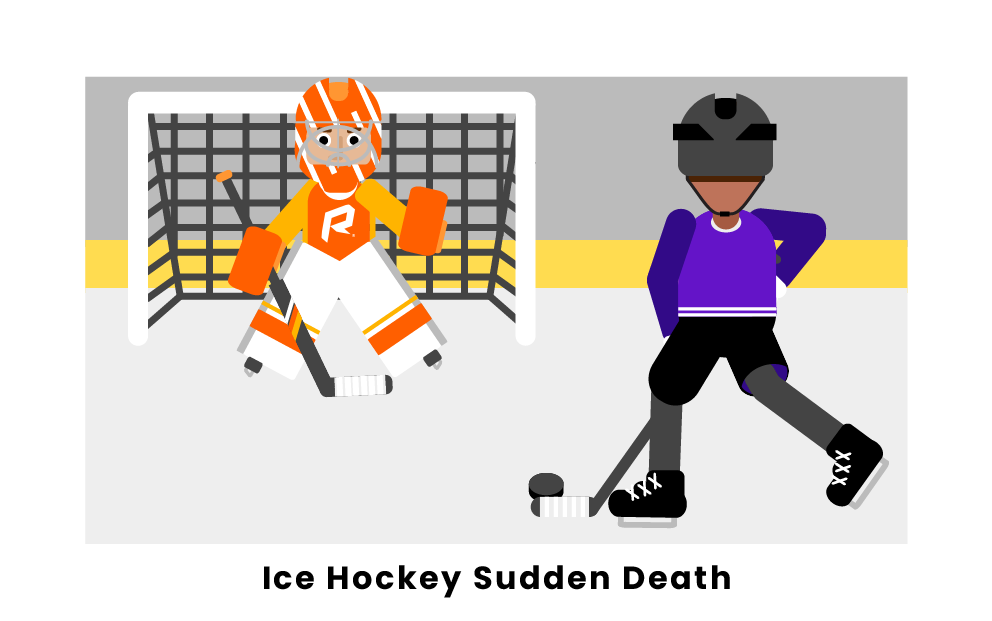 Sudden death is a term used in hockey to describe the format used in overtime, where the first goal scored will end the game.

If the teams are tied up at the end of a regular-season game, the game will go into overtime. Each side will put out three players and one goaltender on the ice for a five-minute overtime period. Since fewer people are on the ice, it is easier to score during this time. If one team scores, the game is over, and whoever scored wins.

If neither team scores, there will be a shootout during the regular season. Three players will go one-on-one against the opposing team’s goaltender. Whichever team scores the most goals wins. If they tie again in the shootout, there will be a sudden death shootout where the winner will be the first team to have a player score when the opposing team can’t.

How does overtime work during hockey’s playoff season?

For the regular season, overtime works as explained above. However, during the Stanley Cup Playoffs, overtime is a little different. Instead of having a five-minute overtime period, the overtime periods are 20 minutes. Both teams have five players that go head-to-head, and the first team to score wins. There is no shootout if neither team scores, and instead, they keep playing 20 minute periods until one team scores.

Do teams gain anything from going into overtime?

What sports have sudden death overtime?

What has been the longest overtime in history?

Pages Related to What Is Sudden-Death Format In Hockey?