What Is Slashing In Hockey? 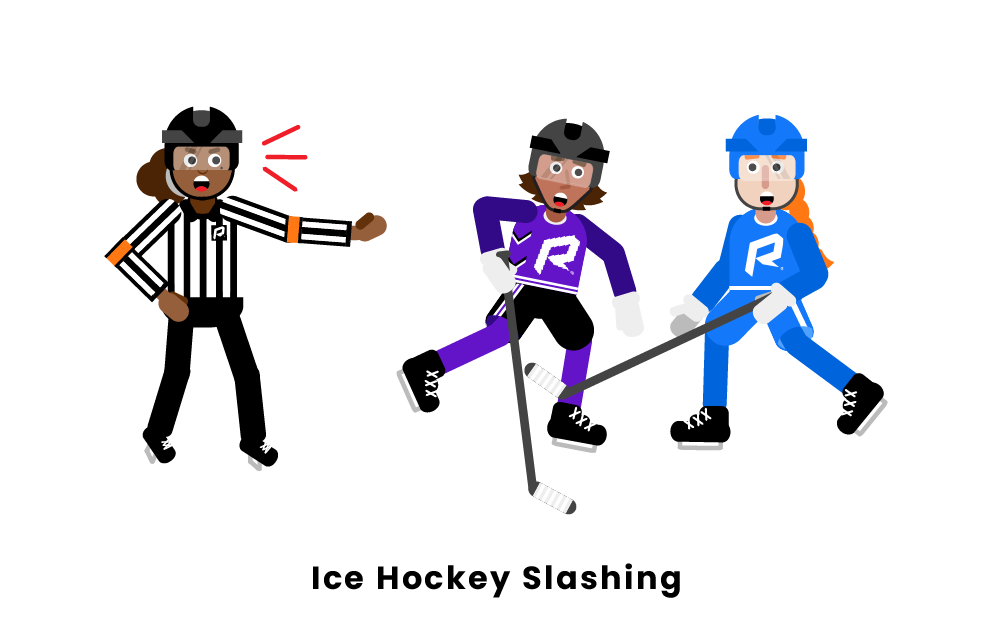 Slashing in ice hockey is when one player hits another player using their stick. This "slashing" act is typically in a swinging motion. This means that the player will wind their stick in a backwards motion before following through in a forward motion towards their target which is typically an opponent player.

Slashing in ice hockey is against the rules. This is because it can be very dangerous and result in injury. Because it can lead to serious injuries, slashing is considered a major penalty rather than a less serious minor penalty. Slashing is typically seen as a hit to the lower body, and therefore is considered game interference. When calling a slash referees focus on hits or potential hits to the other player's lower body, because a separate call for high sticking will be called if the player's follow through is located at or above the other player's shoulders.

When a player uses a swing-like motion with their stick, even if no contact is made, a slashing penalty will still be called. The amount of time the player must sit in the penalty box, depends on the severity of their slash, and if the other player was seriously injured because of it.

Can you foul out in hockey?

Technically you can not foul out in hockey, but you can get kicked out of a game or suspended from future play. This typically happens when a player continues to violate major penalty rules. After the first major penalty a player will be removed from the ice for five minutes. After an assessment made by the referees regarding the same player's second major penalty, the player can potentially get suspended for the next two consecutive games.

What is high sticking in hockey?

High sticking in ice hockey refers to the act of a player raising their stick above the head of their opponent. Because a player must be in control of themselves and their stick, potentially injuring other players, if they make contact with another player above the height of their shoulders, and with their stick, they will be called for high sticking. This penalty can be considered either a minor or major penalty depending on the specific situation at hand.

Pages Related to What Is Slashing In Hockey?