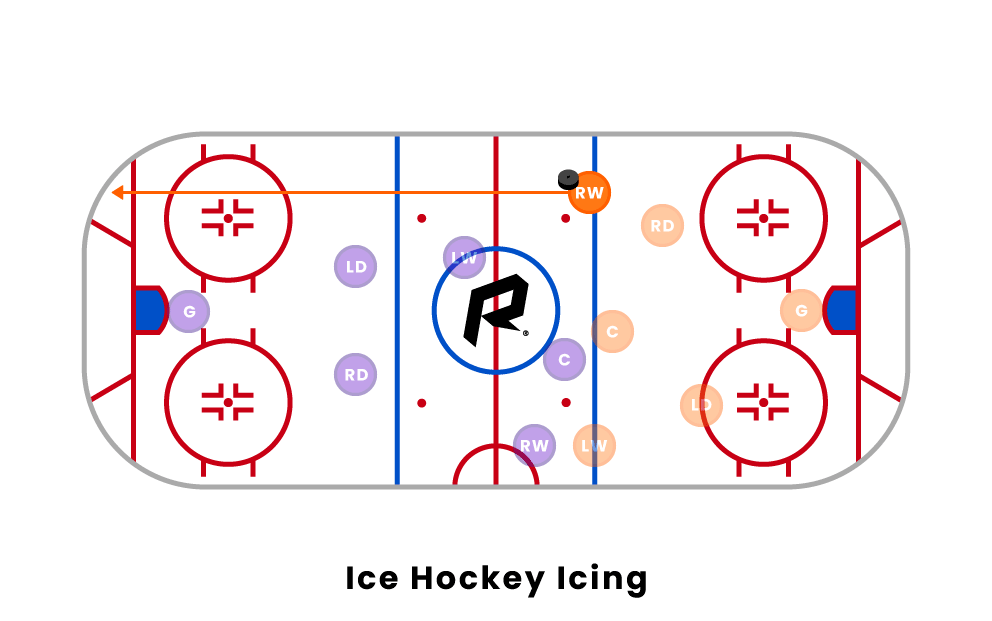 What is icing in hockey?

Icing is an infraction in hockey that is called on a player who shoots, hits, or deflects the puck from their team's half of the ice (before the center red line) to the goal line on the opposing team's side of the ice without the puck being touched by a player on the other team. The icing rule was introduced in the NHL in September 1937 after it was being used as a strategy to waste time on the game clock.

Icing should be called if the puck is hit from one side of the center red line to the opposite goal line without a player on the other team touching it. If the skater has his stick touching the red line, icing will not be called. This is called gaining the line.

Icing is not called if a defensive player is capable of playing the puck but chooses not to. It is also not icing if a player on the opposing team touches the puck before it crosses the goal line.

Icing is not called if the puck is deflected off multiple players, including a player on the other team.

When icing is called, the team who iced the puck will not be able to make any substitutions and a face-off will take place in their defensive zone. The reason substitutions are forbidden on an icing call is to deter teams from icing the puck solely because they are fatigued. The face-off will take place on one of the two face-off dots in the team who iced the puck’s defensive zone. The exact dot will be determined by the side of the ice the puck was iced on.

When a team shoots, passes, or deflects the puck down the ice from behind the red line, a linesman will hold their non-whistle arm straight in the air to signal a potential icing call. Once the puck has crossed the goal line and it is evident that icing has occurred, the linesman will blow their whistle and stop play. The linesman will then cross their arms in front of their body and skate toward the face-off dot where the ensuing face-off will take place.

In a league that follows touch icing rules, the team who has potentially iced the puck has a chance to get the icing waved off by arriving at the puck before an opposing player. If a team that has iced the puck is able to touch it in their offensive zone before it is touched by the opposing team, the icing call will be waived off and play will resume.

No-touch icing is used in international play as well as many youth leagues around the world. No-touch icing means that once the puck has crossed the goal line in a potential icing call, the whistle will be blown and icing will always be called. No-touch icing has increased in popularity due to injuries being suffered after races for the puck in leagues using touch icing.

Hybrid icing combines elements of both touch and no-touch icing. Hybrid icing is used in the NHL and other major professional leagues. When there is a potential icing call imminent, the team who iced the puck has a chance to have the icing waved off, similar to touch icing rules. However, instead of racing to actually touch the puck, players from opposing teams will race to the hash marks on the circles near where the puck was iced. If a player on the team who iced the puck reaches the hash marks first, the icing will be waived off. If an opposing player gets to the hash marks first, the play will be whistled dead, and icing is called.

What does icing mean in hockey?

Icing is an infraction in hockey that is called on a team that hits the puck from one side of the center red line to the goal line on the other side of the ice without it being touched by a player on the opposing team. When icing is called, a face-off is used to put the puck back into play.

What are the types of icing in hockey?

In ice hockey, there are different sets of rules surrounding icing calls that are used to call icing at different points during a play. The three types of icing rules are touch, no-touch, and hybrid.

Does icing happen on power plays?

Yes, icing is only called on the power play team. The team that has fewer skaters will not be called for icing.