What Is High Sticking In Hockey? 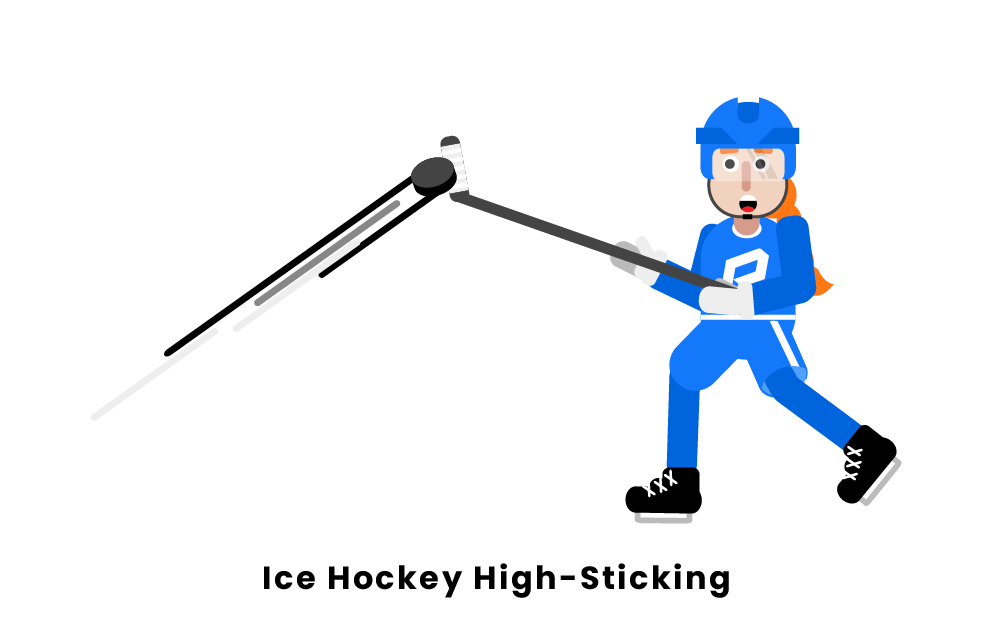 High-sticking in hockey occurs when a player makes contact with an opposing player above the shoulders. This occurs most often when two opposing players are fighting for possession of the puck, one player gains that possession, and the other works to take back the puck with a hockey stick lift. When the stick lift is not executed correctly, it can miss the puck and hit a player in the head, which would result in a high-sticking penalty. This action can result in a penalty regardless of whether or not it was accidental or intentional.

Why is high-sticking a penalty?

High-sticking is a penalty because players are held accountable for being in control of their hockey sticks at all times during a game. High-sticking is assessed as either a minor or major penalty depending on the severity of the action. If intentional, this action has the potential to seriously harm or injure players. This move is inherently dangerous and is therefore treated as such by hockey officials and players.

Can a goalie high-stick the puck?

No players or goalies are allowed to high-stick the puck. If a goalie uses their stick to bring down a puck that is above their shoulder length, the referee will stop the play and a face-off will take place. The goalie will typically not be called for high-sticking in the net, as they more often than not use their hands to bring down the puck or save a goal. It is when the goalie is out of the net that high-sticking could be called.

Is the hockey stick allowed over your head and why?

Hockey sticks are not allowed to be swung over shoulder height. No players are allowed to contact the puck with any part of a hockey stick above the shoulders. This is an illegal move in hockey because it is an extremely dangerous action that can result in serious injury if a player is struck in the head. Players usually knock the puck out of the air with their hands when it is above shoulder height.

How high can you swing a hockey stick?

Pages Related to What Is High Sticking In Hockey?