What Is Five Hole In Hockey? 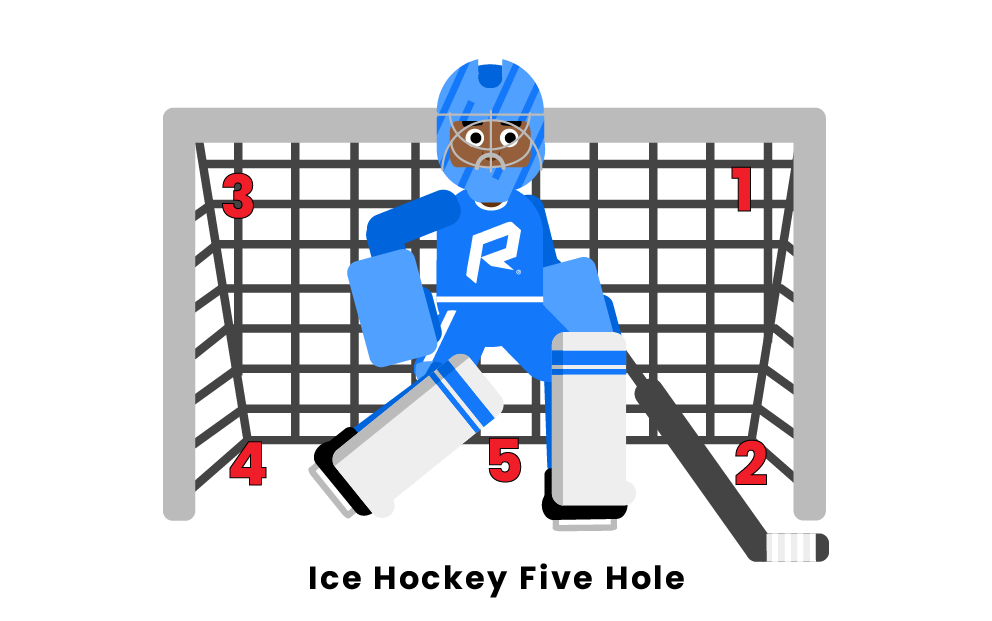 The five hole in hockey is a term used to describe the area between the goalie’s legs.

If a player shoots the puck through the goalie’s legs, it is often referred to as “scoring through the five-hole.”

The term ‘five hole’ has gained considerable popularity over the years. The first time the saying was used was supposedly in 1980, but many believe it was first used by goalie Jacques Plante who played from 1947 to 1975.

Another reason the term makes sense is that there are traditionally five different holes that hockey players aim for when shooting. The holes include the top right and left of the goal, along with the bottom right and left of the goal. The area between the goalie's legs is considered to be the fifth hole. Although ‘five hole’ has become a commonly used phrase, the other holes are not usually referred to by number (ex. “Two hole”).

What is a 5 hole in hockey?

What is the 6 hole in hockey?

The six hole in hockey is used to describe the area between the stick and the body of the goalie (usually under the goalie’s right armpit). This hole can be formed when the goalie is in a half-butterfly stance. The six hole is a tough spot for goalies to save the puck because it requires them to quickly react and squeeze their arm in towards their body.

How does a goalie save a shot through the five hole?

The five hole is generally a tough spot for goalies to save the puck. One way that goalies can stop shots at the five hole is by using their sticks. A heavier stick will rest on the ice more than a lighter one, helping to block low shots. Another way for goalies to stop shots is with their knees. If the goalie can quickly drop and squeeze their knees together, they have a better chance of saving the shot.

When should a player shoot at the five hole?

The five hole is a favorable place to shoot for players because it can be a tough place for goalies to make a save. Players usually have a better chance at scoring through the five hole if they shoot close to the goalie. The closer they are, the less time the goalie will have to shut the five hole. Also, if players can execute a deke and get the goalie to react to one side, the five hole can be a good option.

Pages Related to What Is Five Hole In Hockey?