What Is Embellishment In Hockey? 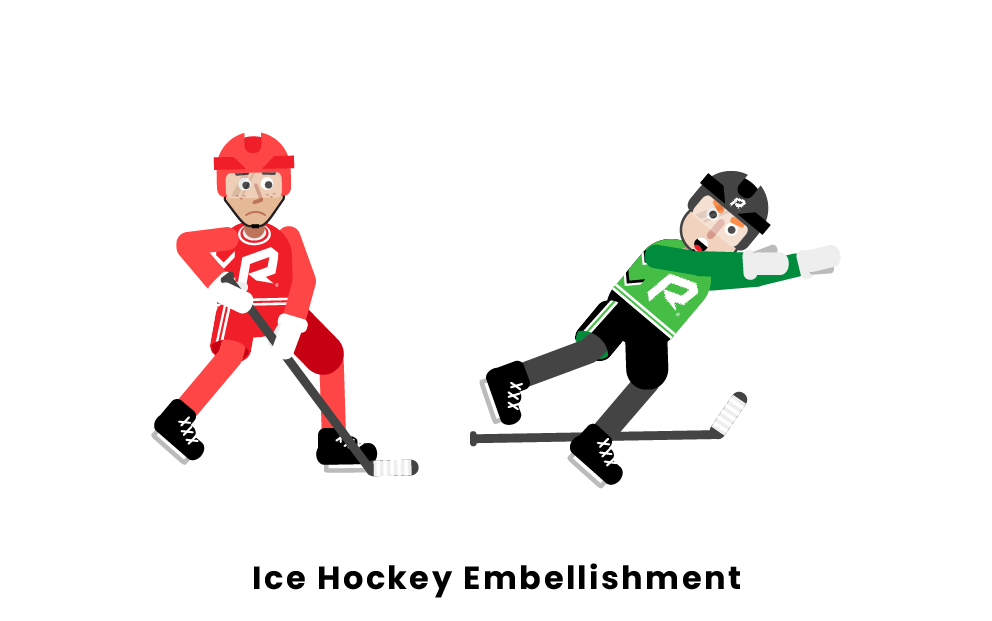 In hockey, embellishment is also known as diving. This happens when a player pretends to be hurt, or exaggerates to try and get another player on the opposing team in trouble.

The official NHL rulebook says that anyone who exaggerates or pretends to be the subject of a penalty is guilty of embellishment. Whether or not a penalty is called, the NHL observes every game and can hand out fines for embellishment after the fact. During the shortened 2019-2020 NHL season, there were two fines handed out for embellishment, one of which was given to a player who also served a two minute penalty. Most of the time when embellishment is called, a player on the other team is penalized for tripping or slashing. This means that a player was illegally hit, but they acted and tried to make it look worse.

For this reason some people believe that embellishment is a penalty that should not exist. To them, if one penalty has been committed then saying that the player exaggerated or acted must be false. It helps the argument that embellishment is an uncommon penalty overall. Unlike in sports like soccer, diving is fairly rare in hockey. Some hockey purists think it keeps the integrity of the game and it does keep players from falling and looking for penalties.

What does embellishment mean in hockey?

In hockey, embellishment is when a player exaggerates or pretends that they were hurt by another player in an attempt to have a penalty called. Most of the time this means a player will fall dramatically or pretend that they were hit hard. Usually the player will have been hit but then they will try their best to make it seem worse than it already was. Embellishment is also called diving. Though it exists in many sports, in hockey there is a clear rule and penalty against it, however rare it may be.

What is the penalty for embellishment?

If a referee sees that a player embellished or dove, they will issue a minor penalty which is two minutes. Usually the player will also be fined by the NHL, also a minor fine, two thousand dollars. Sometimes, if a referee doesn't see the embellishment then the league will still fine a player after the game. Players are very rarely penalized for embellishment during the games, because at full speed it is hard to tell if a player was tripped or if they fell on their own.

How often does embellishment happen?

Embellishment is a very rare penalty. In the 2019-2020 NHL season, embellishment was only called on the ice one time. Another time a player was fined by the NHL for embellishment after the game ended. For the most part, embellishment does not happen. Some people believe it is a useless penalty because it almost never occurs. Hockey players do fall quite a bit, they are allowed to hit each other while skating very fast. It can be hard sometimes for an official to judge whether a player was hit or they fell on their own and tried to embellish.

Pages Related to What Is Embellishment In Hockey?