What Is Charging In Hockey? 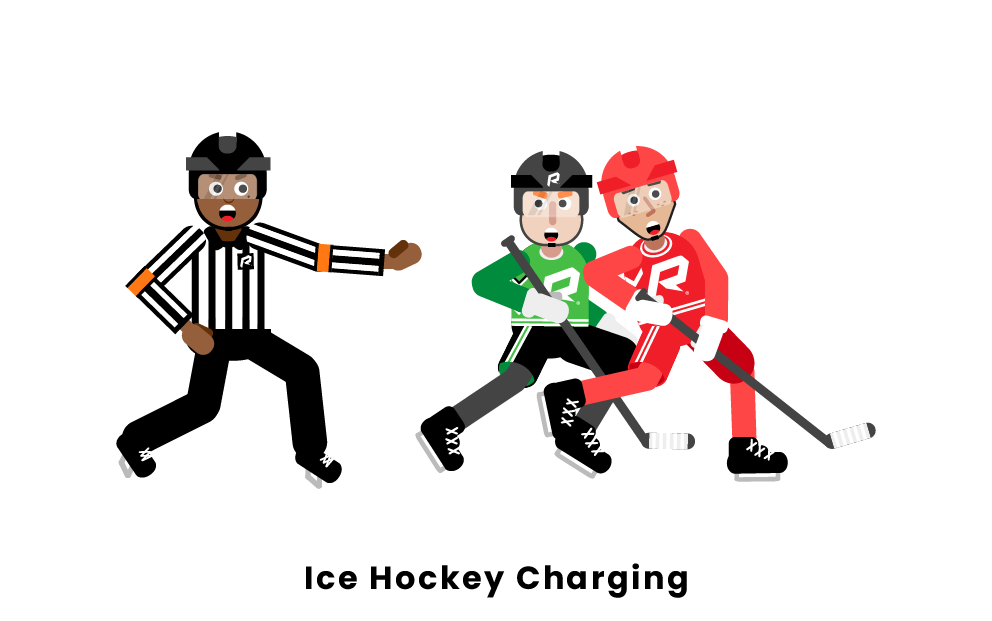 Charging is a type of infraction in hockey where a player takes three or more strides to deliver a hit on an opponent.

In addition, a charging penalty will automatically be assessed if a player leaves their feet when body checking or takes a deliberate shot to the head. Charging is considered a forceful action conducted with the intent to physically harm another player. It is up to the referee to determine whether a hit has malintent.

Charging violations can result in a variety of penalties. Most commonly, charging will be assessed as a minor or major penalty depending on the severity of the hit. A charging minor results in a two-minute penalty and a man down for the duration of the penalty. Charging majors are worth five minutes plus a man down. Major penalties are usually assessed if the player hit is injured. Match penalties and game suspensions may even be imposed if the referee feels the player called for charging was trying to injure the opposing player.

How do you protect players from charging?

The severity of charging should be taught to players at a young age. Even though most youth leagues don’t allow body checking, teaching younger players to always keep their heads up can save injuries in the future. Plus, it is important for coaches to demonstrate to younger players the correct ways to body check an opponent. Body checking is a pivotal part of hockey, but there is no place for charging in the sport.

What is the difference between charging and boarding in hockey?

Both charging and boarding penalties involve excessive content upon a defenseless opponent. The difference between the two infractions is boarding will be called if a hit occurs along the boards, while an open-ice hit will be ruled charging. Boarding is generally called when a player is smashed up against the boards from behind or when the player doesn’t have possession of the puck. Similar to charging, boarding penalties are assessed based on the severity of the hit at the referee’s discretion.

What are the penalties in hockey?

There are three types of hockey penalties: minor, major, and misconduct. Each type of penalty is assessed based on the severity of the infraction. Minor penalties result in a player being sent to the penalty box for two minutes, and their team is down a player for the duration of the penalty. A major penalty has the same consequence as a minor, but the more severe infraction results in five minutes in the penalty box. Misconduct penalties are determined by the referee and can result in a ten-minute trip to the penalty box or an ejection from the game. Moreover, misconduct penalties do not cause the offending team to be down a player.

What does boarding mean in hockey?

Boarding is when a defenseless player is shoved against the boards in a dangerous and excessive manner. As the name suggests, boarding penalties are only called along the boards. Body checking is allowed on the boards, but only when a player has possession of the puck. Boarding will automatically be called if a defender hits an offensive player from behind, causing them to smash into the boards. A hit from behind can lead to serious injury and is the reason that boarding penalties were invented.

Pages Related to What Is Charging In Hockey?