What Is Biting In Hockey? 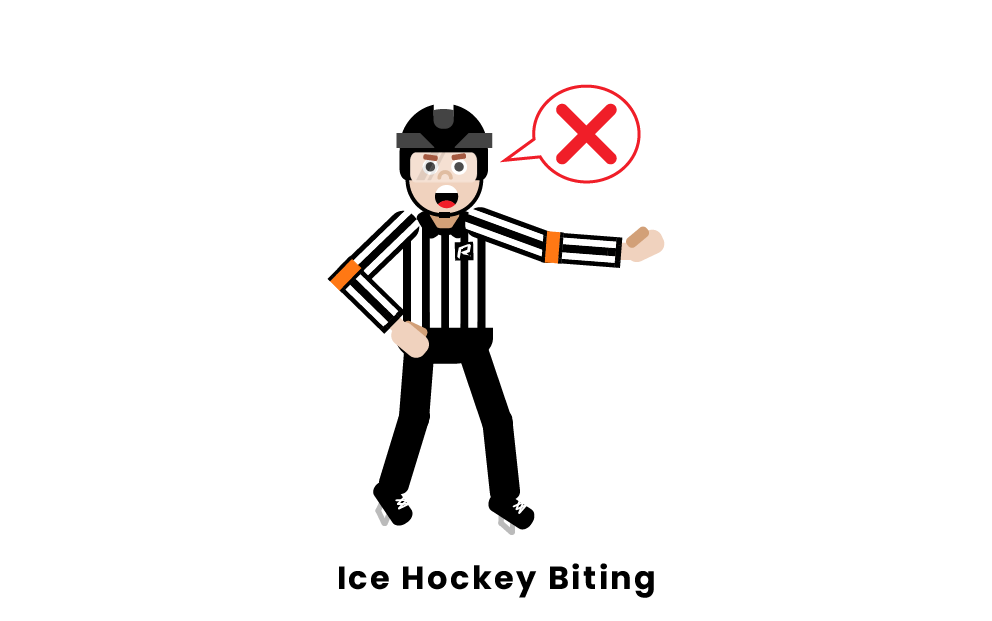 Biting is an extremely serious yet rare penalty that is called when a player uses their teeth to try and injure an opponent.

Biting is a rare penalty in hockey. It only typically occurs when one player puts their hand in front of an opponent’s face while fighting and results in the opponent biting the player’s hand, with or without gloves on. Other instances include players biting their opponent’s shoulders.

A biting penalty is considered a serious violation of hockey’s rules and is punished as such. A biting penalty results in a game misconduct penalty, which means the offending player must leave the game. Another player from the penalized team must also serve a five-minute major penalty.

While there is no specific signal for biting, a referee will give the signal for a game misconduct instead. The referee signals a game misconduct penalty by putting both hands on their hips. The signal is used to communicate the penalty call to off-ice officials, coaches, and fans who may not be able to hear the referee.

Notable Biting Instances In The NHL

There are many recognizable moments in hockey history with biting involved. In 1990, Washington defenseman Scott Stevens was bitten by Chicago player Dave Manson after Manson allegedly claimed that Stevens tried to gouge his eyes out. In 2003, Marc Savard bit Darcy Tucker and years later also bit Dan Carcillo.

Pages Related to What Is Biting In Hockey?