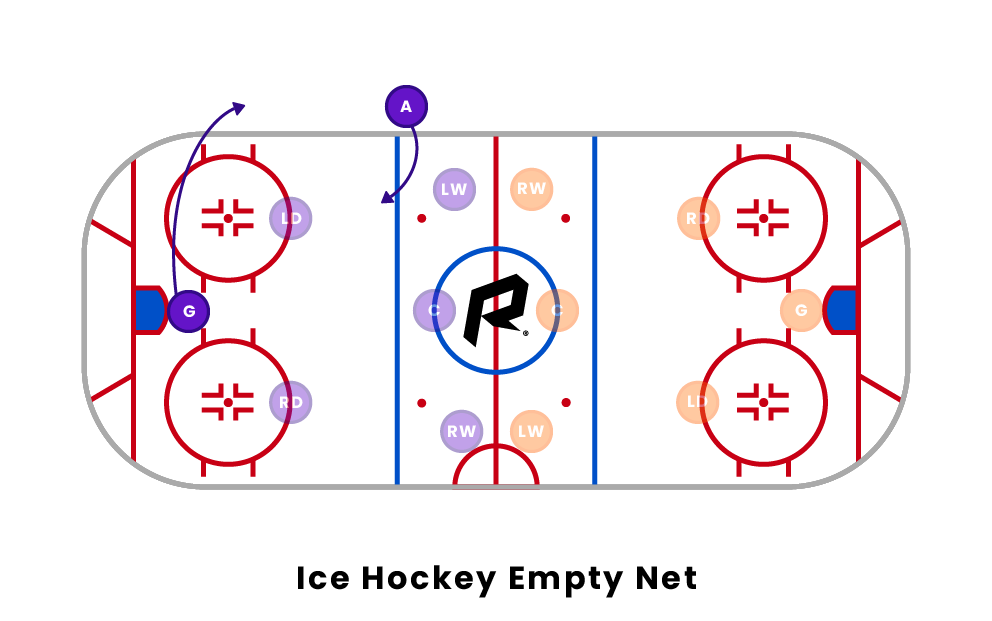 In ice hockey, an empty net happens when a team pulls their goalie from play to substitute an extra skater.

In hockey the term “pulling the goalie” means that the goalie comes off the ice and is replaced by an extra skater. This usually happens toward the end of a game, when a team is losing with just a few minutes left and needs to score a goal. This creates a high-risk situation, as there is no goalie to defend the team’s net from opposing attackers, hence the name ‘empty net.’ Empty nets occur in nearly every close game. The purpose of this strategy is to get the team a better chance to score a game-tying goal, sending it to overtime and giving them a chance to win, or at least secure a point.

When do teams pull the goalie in hockey?

Teams most often employ an empty net when they are losing late in games. They tend to pull their goalies when there is around 60-90 seconds left in the final period. However, some people believe that teams should be pulling them with closer to two minutes left, as it would allow the team more time with an attacking advantage and give them a better chance to even the score. There are some cases where games are tied and one team pulls their goalie because they don’t want to go to overtime, but this usually only happens in the final games of the season when teams are competing for points.

Why do teams use an empty net in hockey?

An empty net allows a team to bring an extra skater onto the rink. This creates an attacking advantage for them, as they have six skaters against five skaters and a goalie, rather than the normal five-on-five. The issue is that the empty net makes it easier for the opposing team to score. This is why empty nets are used when teams are down late in the game, since they don’t have much to lose and need to score quickly to tie the game and send it to overtime.

How often does the empty net work in hockey?

Using an empty net does not work very often. This is part of why some people believe teams should start pulling their goalies earlier so that they have more time for the attackers to settle in and use their advantage. According to More Hockey Stats, only three teams did not allow more empty net goals than they scored in the 2019-20 season (two of those teams scored the same number of goals as they allowed). Only one team scored nine goals with an empty net; 17 teams allowed more than nine goals with an empty net.