What Is A Wrist Shot In Hockey? 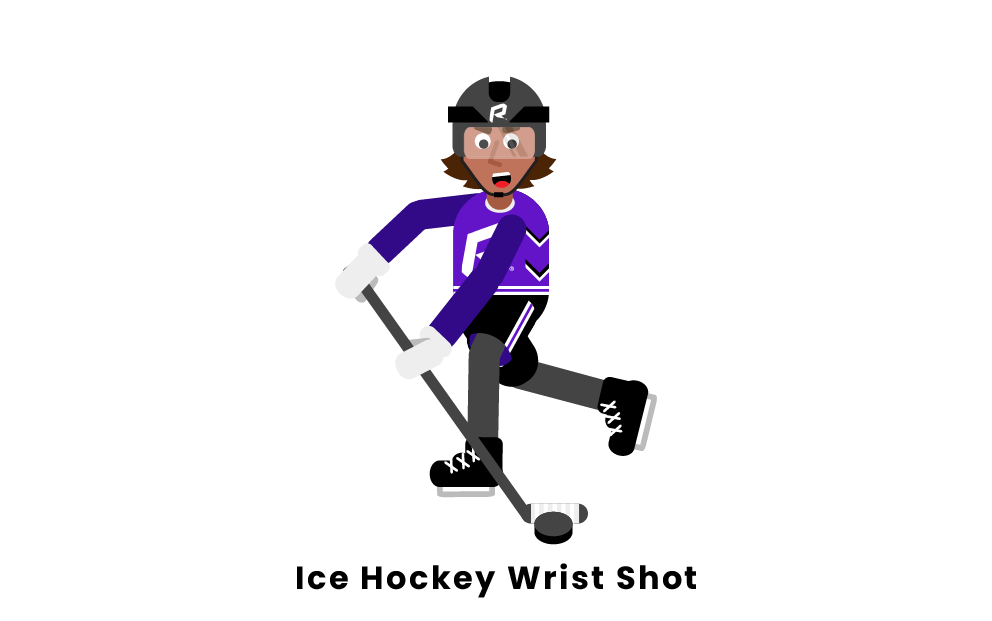 A wrist shot in ice hockey is a type of shot that is primarily characterized by the wrist movement involved in taking this particular shot. The wrist shot relies on using the wrist and forearm muscles to help shoot the puck with an accurate and fast delivery. A wrist shot will be made with the concave side of the stick, but the same type of shot can be made with the convex side of the stick. However, this is referred to as a backhand shot.

The wrist shot has an advantage over the slap shot because it involves a quicker release, and it is much more accurate. However, wrist shots are usually less powerful than slap shots. Wrist shots are typically the most accurate type of shot taken at every level of play..

How To Take A Wrist Shot

To start the process of taking a wrist shot, you must have full control of the puck and have it on the concave side of the blade. Next, bring back the puck, so it is almost behind your body. This is similar to a wind-up on a slap shot, but you actually have the puck on your stick. After the puck is back in your stance, begin to shift your weight from your back foot to your front foot and towards the net. Using your forearms and wrists, use your momentum to shoot the puck towards the net. Snapping your wrists when you are about to release the puck will grant you more speed when executing the shot. You will want to have your stick pointing towards the goal on your follow-through, as this will deliver the most accurate shot.

How fast is a wrist shot in hockey?

A wrist shot can vary in speed from player to player, but the player with the fastest wrist shot is Alex Ovechkin of the Washington Capitals. Ovechkin holds the record for the fastest wrist shot in ice hockey, with a record time of 79.4 miles per hour. Wrist shots are typically weaker than slap shots, as there is not as much weight put on the stick. This extra weight put on the stick during a slap shot causes it to flex and snap back into place behind the puck, making a slap shot much faster.

How do you hit a wrist shot in hockey?

To complete a wrist shot, a player relies on the power of their wrist and forearm muscles to push the puck forward. Wrist shots are done with the concave side of the stick being used to hit the puck. Wrist shots are not the most difficult shot to complete during an ice hockey game and are commonly used at all levels of the sport.

What’s the difference between a wrist shot and a snap shot?

What are the types of shots in hockey?

Pages Related to What Is A Wrist Shot In Hockey?