What Is A Snap Shot In Hockey? 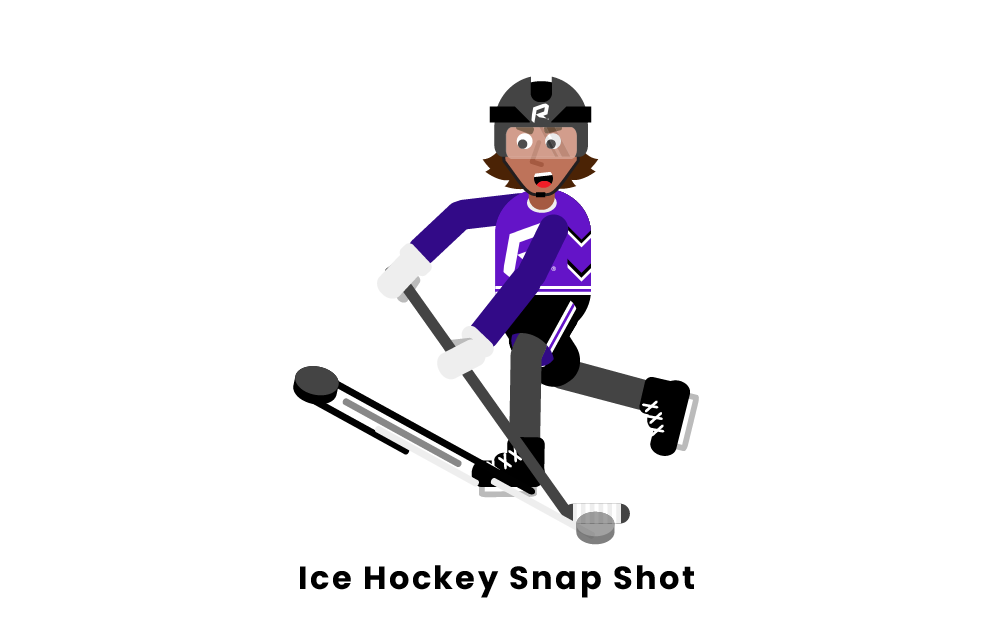 A hockey snap shot combines two different moves in ice hockey and uses both of the high points from these moves to make one fast paced and direct shot. The hockey snap shot combines the wrist shot and the slap shot. The wrist shot is a very accurate shot with a quick delivery of the puck into the goal. While the slap shot focuses on increasing the speed of the puck into the goal while disregarding the accuracy aspect of the shot. The snapshot relies most of its power to come from the wrists while the puck will stay in place.

The difference between the snap shot and the slap shot is that the snap shot does not use the same full range of motion as a slap shot. The stick also does not go higher than the knee when a player is making a snap shot.

How do you take a snap shot in hockey?

A snap shot can be accomplished with a fast paced snap of the wrist while the puck stays stationary on the ice. The small amount of distance between the puck and stick is the key point during a snap shot because it leads to a faster puck speed into the goal. The stick will not be lifted higher than the knee during a snap shot because this can make the shot illegal. The crease player is typically the one making the snap shots during the game.

How do you take a wrist shot?

A wrist shot relies on the wrist and forearm muscles in order to shoot the puck forward with accuracy and a quick delivery. This shot will be made using the concave side of the stick, but when the same exact type of shot is made with the convex side of the stick it is referred to as a backhanded shot. Lower body strength plays a large role in the power behind the wrist shot and a wrist shot is used when players want to give off a more accurate shot.

What is a slap shot in ice hockey?

A slap shot in ice hockey is one of the most difficult shots a player can perform during a game. A player will bring his stick up to shoulder height or higher, then slaps the ice and relies on his weight to bend the stick which helps give the shot its necessary speed, the player will then hit the puck and push all of his weight towards the slap of the puck, and finally points the puck slap towards the desired target. A slap shot is known for its speed, not for its accuracy.

Who holds the record for the fastest NHL slap shot?

Zdeno Chara, a defenseman for the Boston Bruins, holds the record for the fastest slap shot in the NHL to date. In 2011 Chara set a record for a slap shot with a speed of 105.9 and broke that record in 2012 with a speed of 108.8. Chara has become a household name due to his incredibly fast slap shot. The speed of Chara's shot is tremendously impressive and has yet to be beat in over 8 years.

Pages Related To What Is A Snap Shot In Hockey?