What Is A Shot On Goal In Hockey? 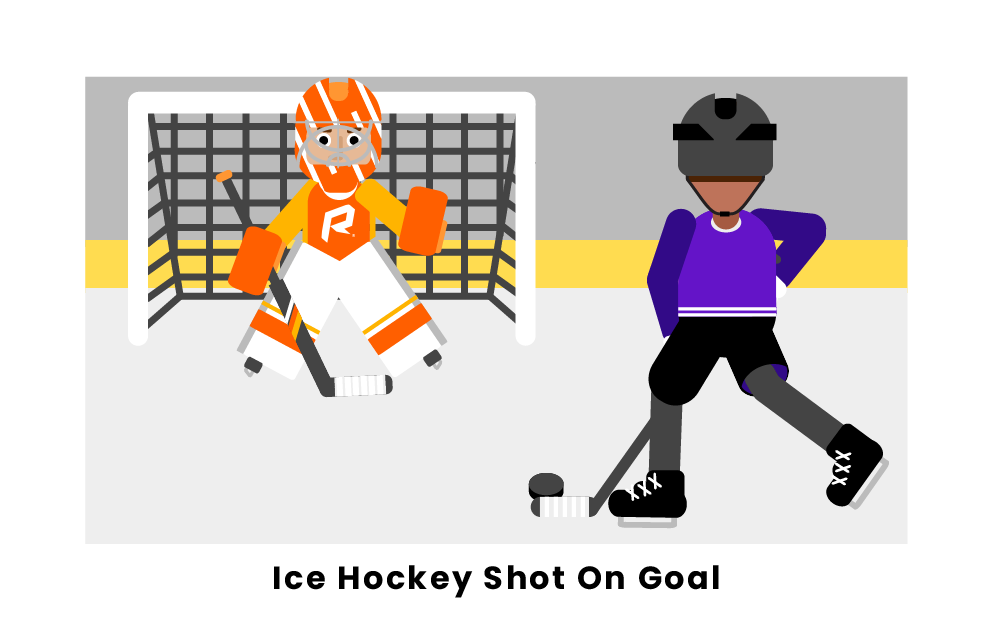 A “shot on goal” in hockey refers to a statistic that counts any shot that hits the goalie or the net.

Any shot that hits the net or goalie is counted as a “shot on goal.”  A shot that is missed, deflected wide, or caught by a defender from the opposing team will not count towards the number of “shots on goal.” The player that blocked the shot will be credited with the block, and the shot block will count towards the “number of blocked shots.” Any attempted shot that hits the posts or crossbar of the goal also does not count as a “shot on goal.”

In NHL history, the player with the most shots on goal is Ray Bourque, who played for the Boston Bruins and the Colorado Avalanche, with 6209 total shots on goal.

What is a shot in hockey?

A shot in hockey is any attempt by a player to aim and shoot the puck towards the goal. Typically, forwards take the most shots, but defensemen have been known to make shots as well in ice hockey. In order to prevent a shot from going into the goal, an opposing team defender must stop the shot, or the goalie must block the puck from entering the goal.

Is a penalty shot a shot on goal?

What happens after a goal is scored in hockey?

After a goal is scored in ice hockey, a very loud horn is blasted throughout the arena if the home team scores, and a goal song will be played for fans to celebrate. Lights will also flash by the goal because it can be difficult for fans to see if the puck went in. The players from both teams will then reset, and another face-off will occur to restart play.

How do player points work in hockey?

If a player scores a goal or records an assist, they are awarded a point for their personal stats. While both goals and assists are considered points on the stat sheet, only goals will count towards the team’s score in-game.

Pages Related to What Is A Shot On Goal In Hockey?