What Is A Line In Hockey? 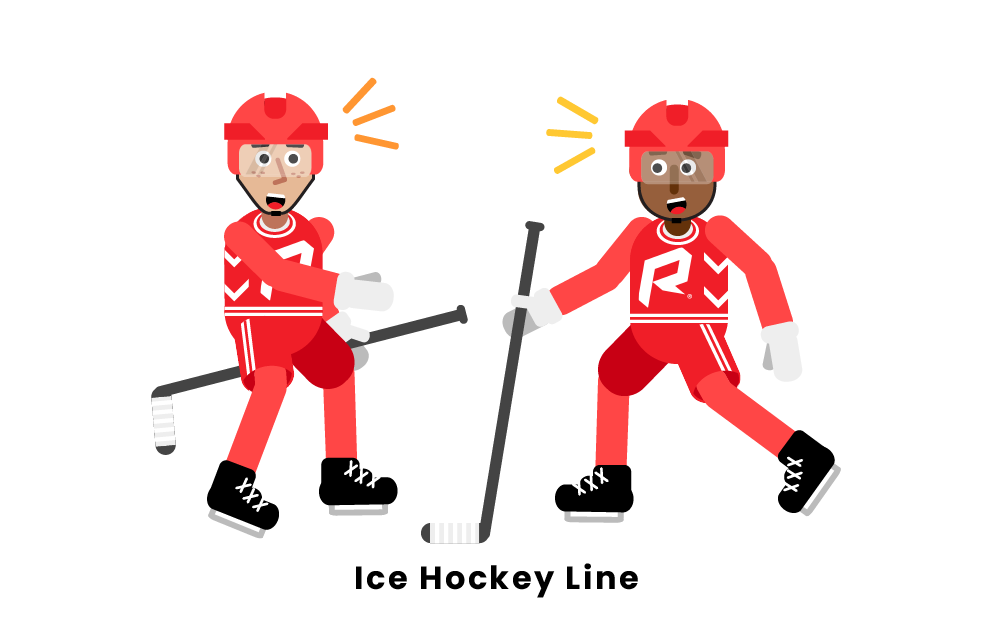 The lines in hockey refer to the different lineups that teams utilize throughout the game. Each line typically consists of three forwards, a center and two wingers on either side of the center, and two defensemen. Usually, teams field four lines of forwards and three lines of defensemen.

Skill plays a major part in which line a player is on, but teams must also consider the chemistry of their lines. Different specialties and body types between players on a line make the team ready for any type of opposition.

Teams must also prepare power play lines with scorers and sometimes even a forward on the defensive line to increase their scoring chances. On the penalty kill, teams play four or three players that can clear the puck and play great defense to ensure that the other team does not take advantage of their extra player or players on the ice.

Throughout the game, teams will frequently make substitutions called “line changes.” Line changes involve all three of the forwards or the two defensemen being substituted around the same time. These substitutions can be made after a stoppage of play or during play, which is referred to as making the change “on the fly.” Teams make line changes to keep players fresh and avoid fatigue. Line changes typically happen every 45-60 seconds, so players on the bench should always be alert to know when the changes are happening.

Can a team have six skaters on the ice at one time?

A team can have six skaters on the ice if they pull their goalie. When the goalie goes to the bench, teams will put a scorer on the ice to hopefully score a goal without letting a puck into the empty net. This tactic is used in dire situations when a team needs to score quickly or when there is a delayed penalty call since the play is called dead when the other team touches the puck.

How do hockey players know when to execute a line change?

Hockey players make line changes when the skaters on the ice are tired and come off or when prompted to do so by the coach. Line changes either happen during stoppages, which is much easier to coordinate, or in the middle of a play, which is called making a change “on the fly.” During these fast-paced “on the fly” changes, coaches will signal to their team to execute the line change. This reason is why the awareness and cohesiveness of a team are so crucial to success.

Do teams ever mix lines in hockey?

While this practice is not common in professional hockey, teams will still try to form different lines occasionally. This change can happen for a few reasons. First, teams in a slump may try different combinations to spark life into their players and create problems for other teams because there is no film on these lines. Also, coaches may plug young players into different lines to teach them the different aspects of NHL hockey and to see where they best fit on the team.

What does the 5th line refer to in hockey?

The 5th line is an expression referring to the fanbase of the Columbus Blue Jackets. The term shows passion and support for the NHL franchise, as fans see themselves as an extension of the team. Fans can affect the game by cheering for and motivating their team, or distract the opposing team by getting into their heads. This concept is why home ice is so coveted in the Stanley Cup Playoffs.

Pages Related to What Is A Line In Hockey?