What Is A Line Change In Hockey? 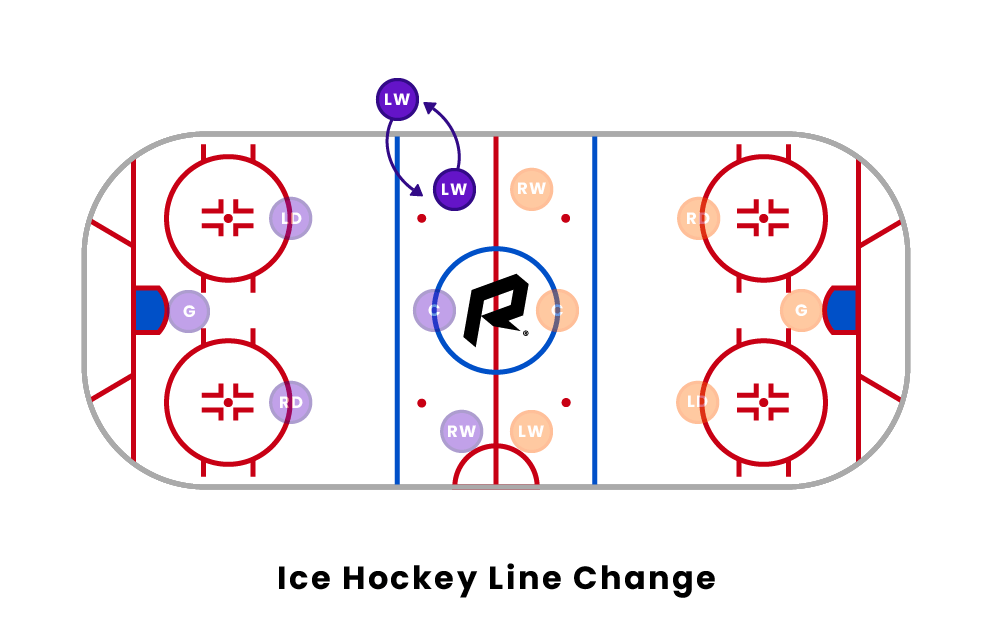 A line change in hockey is when the group of players on the ice, called a line, are substituted for a new line.

Unlike other sports, hockey teams split their players into offensive lines and defensive pairs. In order to play more efficiently and guarantee a higher success rate, coaches separate their players into different groups based on their chemistry on and off the ice. This is typically done based on each individual’s strengths and weaknesses as a hockey player. Hockey players typically only stay on the ice for 45 seconds at a time in order to keep their stamina as consistent as possible throughout the entire game. This means that players are changing on and off the ice constantly. To do this as efficiently as possible, each player only changes with players of the same position.

This system’s main goal, besides efficiency, is to avoid a too many men on the ice penalty. Since only five players and a goalie per team are allowed on the ice at a time, matching up with other players of the same position makes it much easier to track how many players are on the ice at one time. This ensures there are no more than the maximum number of players allowed on the ice.

In terms of offensive lines in hockey, these lines are made up of three offensive players, called linemates. Each line consists of two wings, a left and a right, and one center player. The center player will only change on and off of the ice with other center players, specifically the center on the ice before them. The same goes for the other two positions. In order for a hockey line change to be completed, all three positions must be filled by new players, meaning that all three members of one line will switch with all three players of another forward line.

How many substitutions are allowed in hockey?

In ice hockey, players are allowed to make substitutions with other players as frequently as they, or their coach, would like. In hockey specifically, line changes are made typically every 45 seconds or so, depending on what is going on in the game. The time period that a player, or line, is out on the ice is referred to as a “shift.” Shifts in hockey are very short because the combination of the physical skating requirements and the fast pace of the game make ice hockey one of the most tiring sports.

What are the blue lines in hockey?

The blue lines in hockey are used to designate where each team’s offensive and defensive zones are located. There are two blue lines on every ice surface, and each line is located approximately 25 feet away on adjacent sides of the center red line. These are very important lines because they are also used to call offsides, a stoppage of play that is crucial to the fairness of the game.

How do players change on and off the ice in hockey?

Since hockey is played in an ice rink rather than a field or court, a special hockey bench is used by teams each game. Hockey rinks are made by surrounding the ice surface with boards that are a minimum of 3.3 feet tall. Benches are made for both teams with two doors that open up these boards. One door is for the defensive players, and the other is for the offensive players. When players are changing during gameplay, many jump over the boards instead of using the doors because it is much faster.

Pages Related to What Is A Line Change In Hockey?