What Is A Grinder In Hockey? 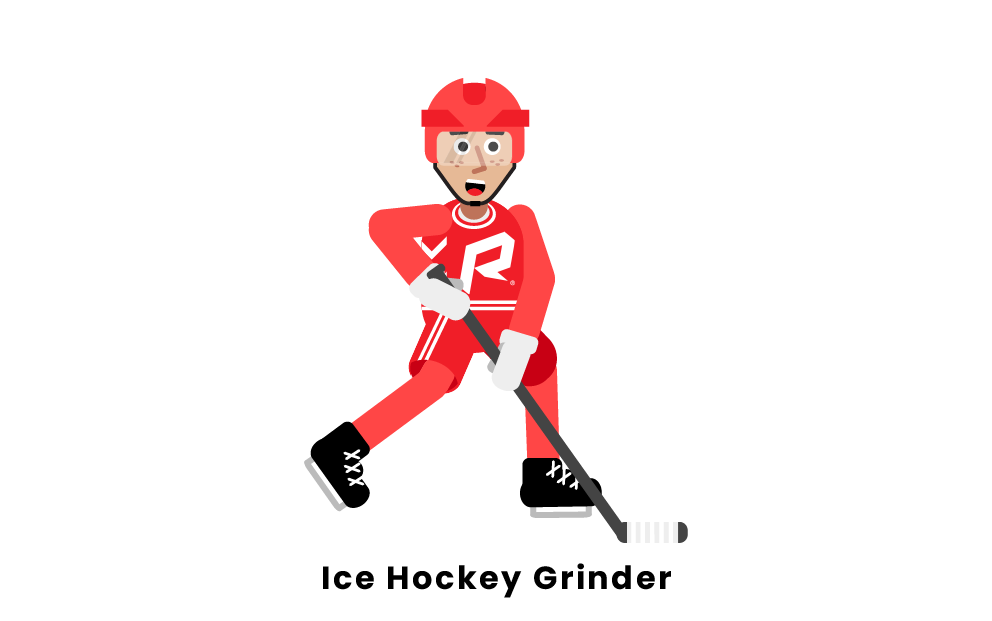 A grinder is a player known to be extremely hard-working and strategically physical on the ice. They typically lack recognition due to their scarcity of goals and lack of flashy offensive plays. However, they are considered to be one of the most important roles on any hockey team.

This type of player is a workhorse and shows pure grit to win the puck. A grinder’s responsibility is to pressure their opponents to create turnovers by using their body or stick to separate the attacking player from the puck. Grinders are determined to battle for possession, create scoring opportunities for their teammates, and consistently apply tenacious pressure on the forecheck. Grinders tend to make big hits on the ice to create momentum for their team. They aren’t afraid to get physical but are responsible defensively and always make sure they aren’t out of position. Grinders are not to be confused with enforcers, who are typically the player who gets into the most fights on a team.

What is a power forward in hockey?

A power forward is a player responsible for protecting the puck, creating and finishing offensive opportunities, and being around the crease during power plays. A power forward is essential on the ice. They not only bring a physical presence to the team, but they are skilled on the puck. Power forwards create momentum for their team with big hits on opponents. Therefore, many grinders are categorized as power forwards.

What does the term “good stick” mean in hockey?

A good stick means to focus on deflecting or tipping the puck before hitting a player. Many NHL players, specifically the grinders, discuss how the team and coaches preach to have a good stick all over the ice. As a grinder, you want to keep your defensive position but also create separation between your opponent and the puck.

How is a grinder different from an enforcer?

An enforcer is known to start fights, protect their teammates, and use intimidation as a part of their game. A grinder is a different style of player. While the roles are both physical, a grinder has a more defensive strategy and doesn’t rely on fights to prove their worth. They are scrappy and hard-working players on the boards. Grinders will only fight if it is necessary and at the right timing in a game.

Pages Related to What Is A Grinder In Hockey?