What Is A Breakout In Hockey? 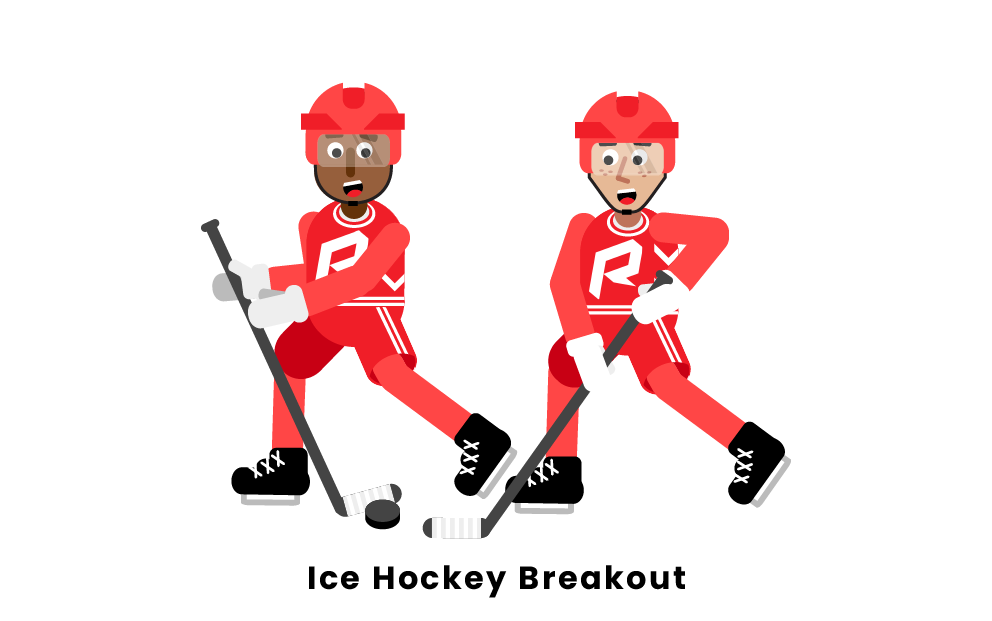 A hockey breakout is when one team gains control of the puck in their defensive end and skates out of this area to begin an attack. In order for a breakout to be successful, the teammates will have to work together to execute it.

What are common mistakes made in a breakout?

A common mistake made during a breakout in hockey is for a forward to skate away from the puck when receiving a pass. It’s important for forwards to skate towards the puck to receive the pass faster and not allow an opponent to intercept it. Another common mistake is making a pass in front of the face of the goal. This gives the opponent an opportunity to score a goal or for the puck to get deflected and score a goal as well. Lastly, defenders have to skate further into their defensive zone to make the first pass despite being used to getting the puck away from this area.

What is a rim pass?

Rim passes are used when a player with the puck sends the puck along the boards to the other side of the ice. In a breakout, this happens when the opposing team is surrounding the defender, and the player needs to make a quick pass. In this case, the defender will make a rimmed pass by passing the puck along the corner boards to a wing. Usually, the weak-side wing receives a rimmed pass since they are on the opposite side of the defenseman with the puck.

What are some different breakout plays?

There are a few different ways to execute a breakout. Most teams will break the puck out by passing to the strong side wing to start, who will then send the puck to either the center or the weak side wing on the opposite side of the ice. It is also common for defensemen to pass to the center first if the weak side wing is covered. However, defensemen must be careful in this situation as they are sending the puck into a dangerous place on the ice.

What happens after the defender passes to a wing?

Usually, after a pass has been made from a defender to the winger, they will have opponents surrounding them. The winger and teammates must act quickly. The winger can potentially skate up and pass through an opening to the center. Sometimes, the defender will need to take action and try and get one of the opponents off the winger so they can pass the puck to the center of the ice. No matter what, all players must work together and react quickly during a breakout.

Pages Related to What Is A Breakout In Hockey?