What Does A Wing Do In Hockey? 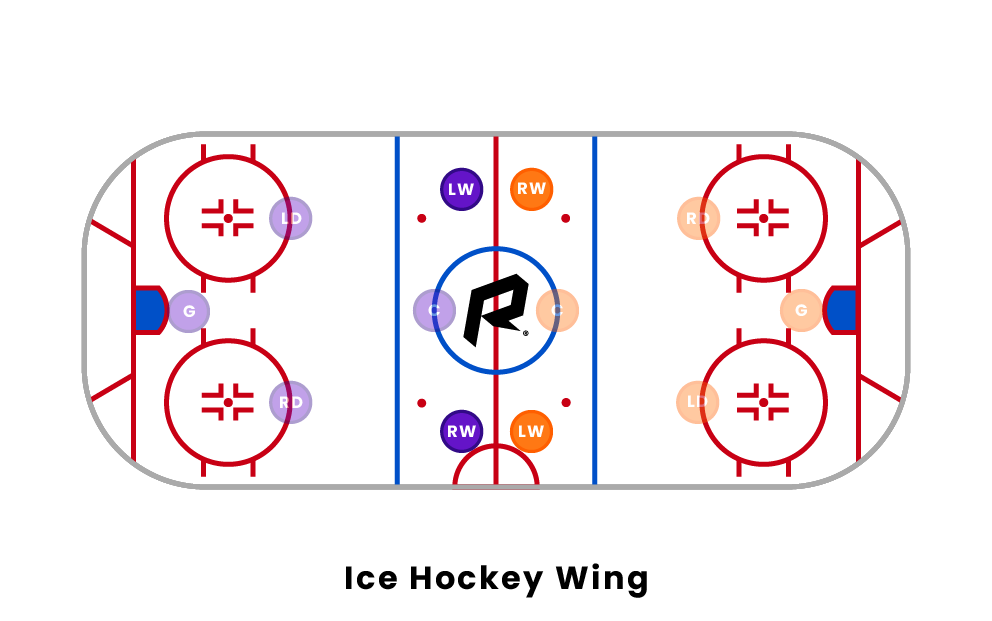 A wing in hockey refers to the two offensive positions placed on either side of the center forward position.

These two positions are called the left wing and right wing, and they skate on their respective sides in the offensive zone and the defensive zone. Hockey players who play the position of a wing in hockey are referred to as wingers. The role of wingers is to shoot the puck into the back of the net, scoring for their team.

When one side of the ice rink does not have an open opportunity to shoot, one winger may pass to the other if there is a better chance to shoot the puck past the goalie and into the net. Wingers also are responsible for trying to take back possession of the puck from the opponent's before the opposing team skates into the defensive zone.

When the puck is in the defensive zone, it is the wingers' responsibility, with the aid of the defensemen, to break the puck out of the defensive zone. It is imperative that wingers can retrieve the puck and control it well. Hockey wingers must be very strategic and think on their feet quickly in order to outsmart the opponents. They must make decisions whether to add more protection towards their goalie or whether to put some force and aggression on the offensive line towards the opponent's net.

What wing should I play in hockey?

The side of the wing position to play in hockey is mostly dependent on the player's non-dominant hand. This is a tactic used so the players have a better grip of the hockey stick when trying to shoot the puck into the net. It is more often than not for wingers to play on their 'off-hand'. For example, many left wingers are actually most dominant in their right hand.

Is left wing offense or defense?

The left wing position is normally an offensive position, even though they do skate in both the offensive and defensive zones. In certain situations, the coach may decide to implement a defensive strategy, in which the left winger falls back in line with the defensemen and acts as a third defensemen. This strategy is implemented when the team is trying to receive possession of the puck. This defensive strategy is called the Left Wing Lock.

What position is F in hockey?

The F position in hockey refers to a forward player. A hockey forward is an offensive player on a hockey team that aims to score the puck past the opposing goalie and into the opposing team's net. Both left and right wingers in hockey are a part of the three forward players that play in the game. The third forward player is the center forward position.

Pages Related to What Does A Wing Do In Hockey?