What Does A Right Wing Do In Hockey? 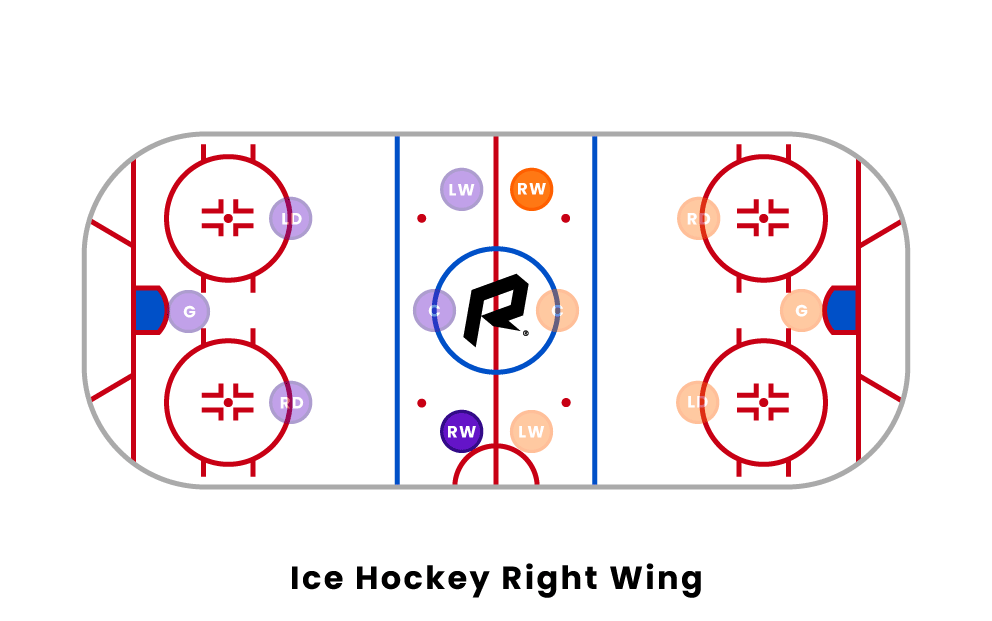 The right wing in hockey is an offensive position in which players primarily stay to the right of the center forward player in the offensive and defensive zones.

The right wing is a forward, so this position focuses on helping score the puck into the net. The right wingers, just like the left wingers, are the primary players to score goals, so right wing players must train their shooting skills often to achieve accurate aim. While most right wings are right-handed, some will play the side of their off-hand for a better shooting angle.

Right wings are also responsible for helping the defensemen and getting the puck out of their defensive zone and away from their net. Right wingers in the defensive zone will usually stay between the hash marks and the top of the circle to be close enough to a defender to retrieve the puck from them and far away enough to control the puck and advance it up the ice.

Hockey players in the right wing position must be flexible in their strategies as they can change from offensive to defensive in a matter of seconds.

What is the job of a right wing in hockey?

What wing should I play in hockey?

Most often, wings will play on the side of their dominant hand. This means right-handed players will usually play left wing, and left-handed players will play left wing. This is because it will make it easier to break the puck out of the defensive zone and carry it up the boards. However, it is not uncommon to see a wing playing on the side of their off-hand. Playing the position of the player’s off-hand will help the offensive player have a better shooting angle.

Who is the best NHL right winger?

The best NHL player to ever play the right wing position is Gordie Howe. Howe amassed 801 goals and 1,850 points in his 32-year career. He played for the New England Whalers (later the Hartford Whalers), the Houston Aeros, and the Detroit Red Wings. Howe was inducted into the Hockey Hall of Fame in 1972.

Pages Related to What Does A Right Wing Do In Hockey?