What Does A Linesman Do In Hockey? 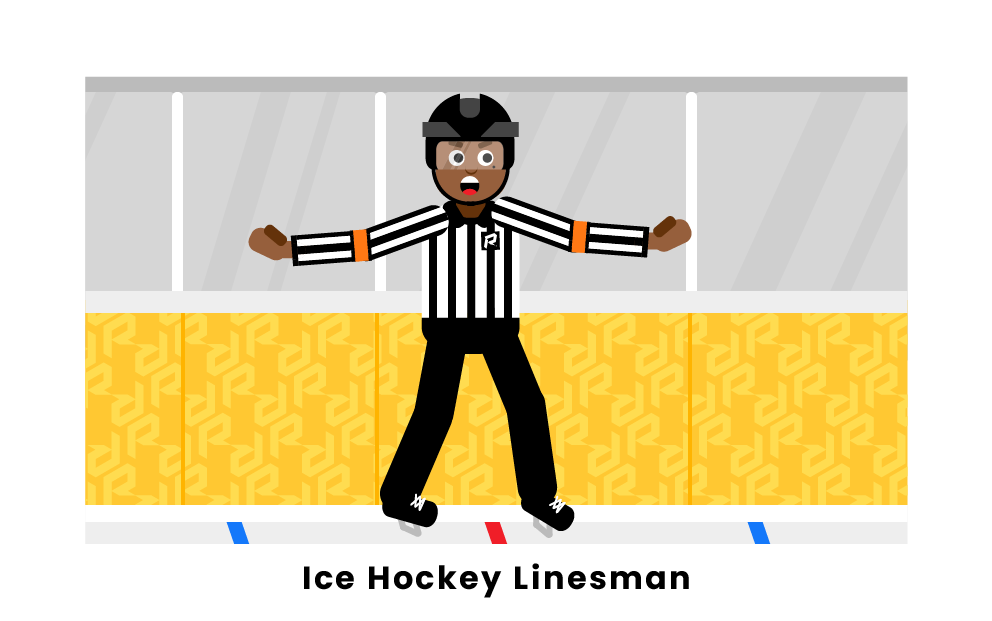 A hockey linesman is responsible for blowing the play dead after icing or offsides. There are two linesmen during each hockey game. Linesmen conduct every face-off, except at the start of the game, after a goal is scored, and at the start of each period. They have the authority to stop plays for different reasons.

During a game, the linesman can stop the play and give their interpretations of violations to the referee. This includes:

A linesman shall stop the play if any of the following occurs:

Lastly, if a linesman is unable to perform or act their duties, a referee has the power to appoint a substitute.

Unlike referees, a linesman’s responsibilities do not include calling penalties. Linesmen’s duties have a smaller scope than a referee’s. A linesman may provide their interpretation of a play that involved a penalty to assist the referees, but referees have the final say on all penalty calls. For this reason, linesmen typically do not call penalties as referees do.

What situations will cause linesmen to stop the play?

Under certain circumstances, a linesman should stop the play. If icing or offside has occurred, the linesmen will blow their whistle to stop play. They will also stop play if there is a fight or if they witness a “too many men on the ice” violation.

What should linesmen report to referees?

A linesman shall stop the play and report their interpretations of specific incidents to the referees. They should report to a referee if there are too many players on the ice, a player breaks or loses their stick and receives one illegally, or items are thrown from the penalty or player’s benches onto the ice.

How much does a linesman in the NHL make?

Linesmen are estimated to make around $110,000-$235,000 each year. This is relatively lower compared to referees, who make $165,000-$360,000. Although a lineman's salary is lower than referees, it has increased since 1993 when they went on a strike. A linesman can make a higher salary, depending on their level of experience. Becoming a linesman is a tedious job that requires in-depth knowledge of the game and the ability to work under high pressure in a fast-paced environment.

Can a linesman call a penalty in hockey?

In most cases, a linesman cannot call a penalty in hockey. Usually, it’s the referee’s job to call a penalty. Linesmen are used to calling offside violations or icing. Linesmen can usually report major penalties, abuse of officials, or misconduct. Although the linesmen can report these major penalties and circumstances to the referee, they usually do not make the decision. It is the referee’s job to make decisions when it comes to penalties.

Pages Related to What Does A Linesman Do In Hockey?