What Does A Left Wing Do In Hockey? 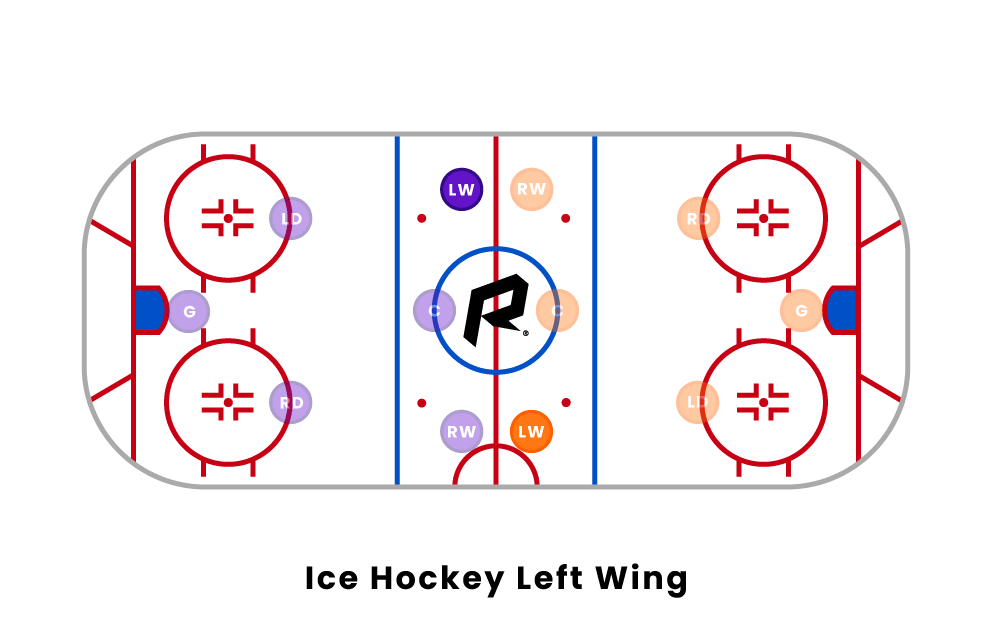 In hockey, the left wing is an offensive position that primarily stays on the left side of the ice, both in the offensive and defensive zones, hence the position name “left wing.”

Left wings are a forward position, so this position focuses on creating scoring chances in the offensive zone. Since the wing positions in hockey are most often scoring the goals, left wingers must have an accurate and powerful shot. Left wing players are also responsible for defending the left side of the ice in both the neutral and defensive zones. They will usually be positioned above the hash marks and below the blue line in the defensive zone to cover opposing defensemen and help break the puck out.

The position name is called the ‘left wing’ because of the side of the ice rink that they are primarily on, not the player’s dominant hand. However, traditionally players have played on their dominant side, as it allows for easier breakouts and puck-carrying. On the other hand, some players prefer to play on their non-dominant side, as it allows for better shooting angles and potential one-timers.

What is the left wing lock in hockey?

What should a left winger’s dominant hand be?

Traditionally, left wings have consisted of left-handed players. However, righties have started to play on the left side in recent years due to the better shooting angles and one-time opportunities being available.

Who is the best left wing player in the NHL?

The best left winger of all time in the National Hockey League is Alexander Ovechkin. So far in his career, he has over 1,400 points and 770 goals, showing no signs of slowing down. He has played his entire career for the Washington Capitals.

Pages Related to What Does A Left Wing Do In Hockey?