What Does A Forward Do In Hockey? 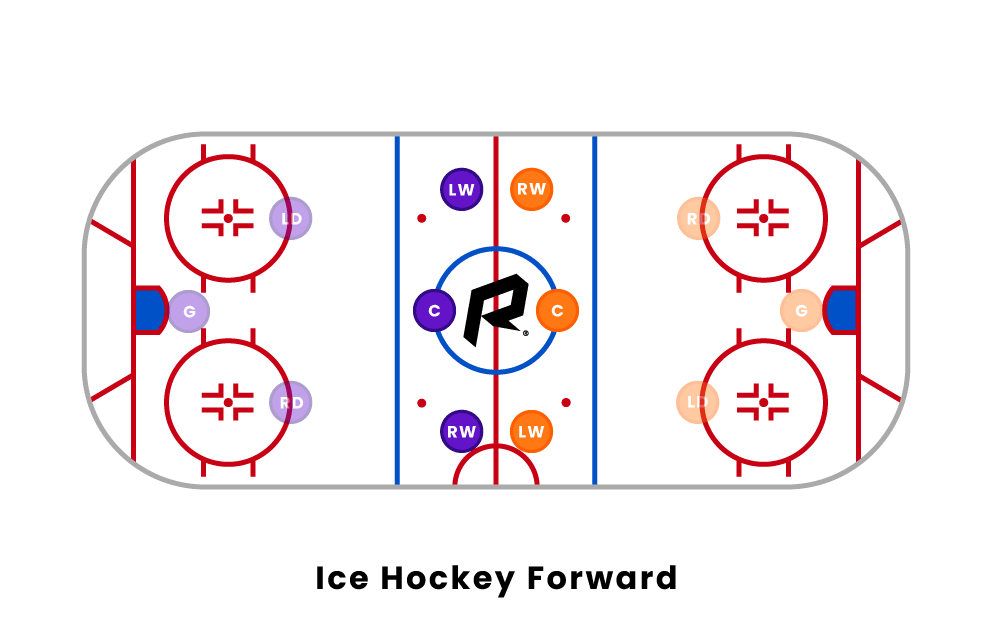 Hockey forwards are offensive players on a hockey team that aim to score the puck past the opposing goalie and into the opposing team's net. During a game, there usually will be three forward hockey players on the ice, each with a designated role to play in helping the team score. These three forward hockey positions are the Center, the Left Wing, and the Right Wing.

All three forward hockey players are positioned in front of the defensemen, towards the middle of the ice rink and respective to the forward positions' names. Forward positions in hockey are integral to the success of the team because forwards earn the points for the team, contributing to whether the team is victorious or not.

Players in the forward position must be agile, both mentally and physically, on the ice. These players make swift decisions on the ice and may change strategies quickly if they deem necessary based on their opponent's actions. They also must be agile physically to dodge around the opponent's offensive and defensemen in order to continue to hold possession of the puck. Additionally, the forward players on the same team have great teamwork skills, relying on one another to pass and receive the puck without the other team gaining possession and to shoot when the opportunity is available.

What are some strengths to have as forward hockey players?

Hockey players that play forward positions usually are very swift on their skates. They must be able to move past the opposing team's Defensemen to have the chance to score the puck into the goal. Typically, the swifter players are on the shorter side, using their height to their advantage.

What are the 6 positions in hockey?

What's the best position in hockey?

There is no best position in hockey; every hockey player on the team is important to having the team win the game. The three forward players are on the offensive side and try to score as many goals into the net as possible, the two defense players try to get the puck away from the net, and the goalie protects the net and shields it from having a puck score into the net. Each position is instrumental for the team.

Pages Related to What Does A Forward Do In Hockey?