What Are Enforcers In Hockey? 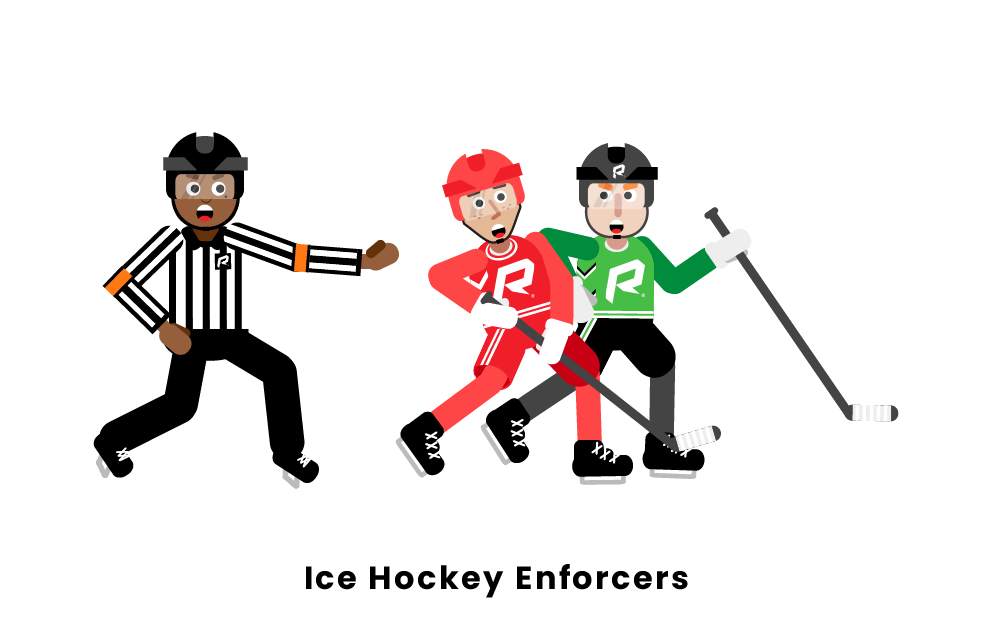 Hockey enforcers are players on an ice hockey team designated to physically respond to cheap shots or violence aimed at any of their teammates.

This is a dangerous position in hockey and very controversial. They are big, strong players programmed to fight but are not necessarily the most skilled. If any cheap shots or unnecessary violence occurs during a game, it is the enforcer’s responsibility to intervene, even if they weren’t initially involved in the altercation.

Although this unofficial position has played an important role in the game of hockey, there has been a dramatic decrease in fighting. In recent years, fighting has been at its lowest rate in NHL history, with approximately less than one fight in every five games. With more knowledge about concussions and the lasting psychological impacts fighting has on players, enforcers may soon be a thing of the past.

Who is one of the most famous enforcers?

One of the most famous NHL enforcers of all time was Marty McSorely. Many have heard of his teammate’s name, Wayne Gretzky, but not McSorely. McSorely was a teammate of Gretzky during their time together on the Edmonton Oilers and Los Angeles Kings. It is argued Gretzky reached his elite status in part to McSorely looking out for him on the ice as an enforcer. McSorely was one of the scariest and toughest enforcers ever to play the game.

Why is there fighting in hockey?

Fighting has always been an essential part of hockey, as players view it as a way to enforce unwritten rules and deter players from taking cheap shots. Although fighting is a penalty, hockey is the only major professional sport where fighting is allowed and tolerated. Fighting usually happens after a dirty hit aimed at an individual or one of their teammates. If a fight breaks out, the two players will both face five minutes in the penalty box as a consequence.

What is the sports documentary Ice Guardians?

The sports documentary Ice Guardians can be found on Netflix and dives into the controversial position of enforcers. In this documentary, you are able to watch encounters and interviews with some of the more famous enforcers of the National Hockey League. Viewers are able to watch and understand the physical and psychological effects this position had on these players.

Why do some professional players want to keep the enforcer role?

Pages Related to What Are Enforcers In Hockey?