What Are The Best Seats At An Ice Hockey Game? 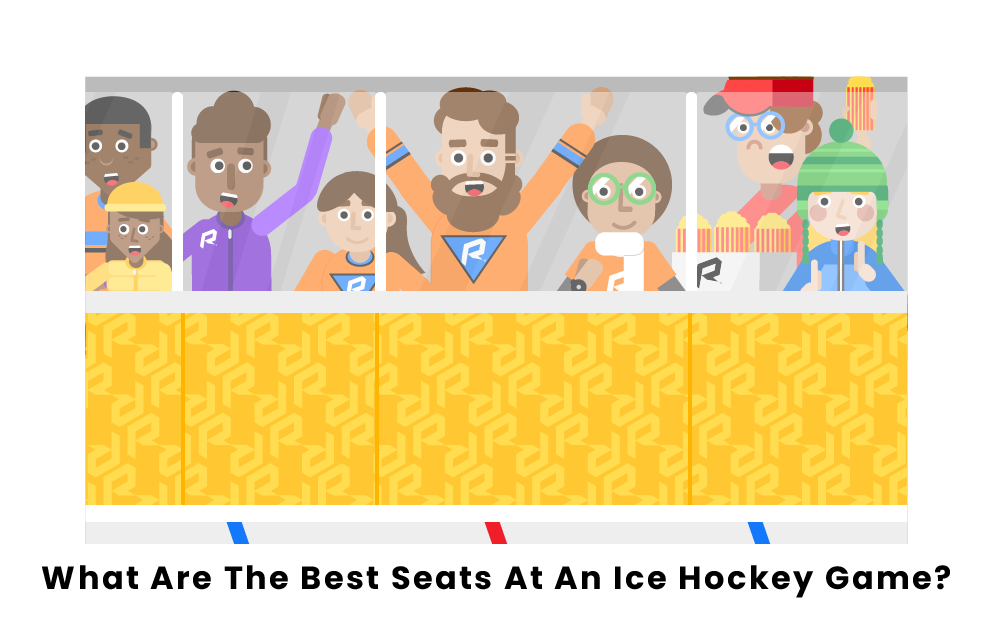 Due to their high-paced nature and a puck that is only 1 inch tall and 3 inches wide, hockey is one of the fastest and most thrilling sports to watch. However, with professional arenas ranging anywhere from 15,000 to 21,000 seats, it can be hard to decide what seating position is best to catch all of the action. Discussed below are a few options for the best seats at an ice hockey game, whether you are looking for an overall view, the most exciting action, or just a simple place of comfort.

With twelve players skating at almost top speed at all times over a very small puck, it can be hard to catch all of the action happening at once. If you are looking for the most comprehensive view of a hockey game, the best seats you can possibly obtain will be near the neutral zone. The neutral zone is an area between the marked blue lines on a hockey rink that is also sometimes referred to as center ice. For those already accustomed to watching hockey games on television broadcasts, this is generally the position from which those cameras record the game. Due to its middle position, you have the best vantage point to see action on either team’s side of the rink.

Though sitting at center ice is undoubtedly the best area in one direction to comprehensively view a hockey game, you do have some choice in how close you want to be to the ice. If you are looking to feel closer to the excitement of the game, especially as competitive tension rises, you’ll want to sit closer to the rink. However, the best seats for an overall view are actually near the top of the lower seating level so that you are at a maximum vantage point with premium elevation. Due to their unparalleled view and proximity to the entry tunnels where players are first seen, these seats are always the most expensive tickets.

The most exciting place by far for a hockey fan to sit is up against the glass. At that range, there is only a thin pane of plexiglass between the crowd and the famous hockey players out on the ice. In addition to board battles, in which players fight up against the boards for possession of the puck, another reason audiences love sitting up against the glass is a long-held tradition of fans banging on the glass to show their support of their team. Even though a few arenas have begun discouraging it, it is still done fervently in others.

Though the proximity to the action on the ice is definitely the large draw to this section, seats against the glass also often come with specific premium amenities such as in-seat wait service, access to the club lounge, and boards on which you can set any food or beverage. These seats are often some of the most expensive.

Though proper views of the action are certainly key factors in picking seats for a hockey game, one final factor worth discussing is comfort.

On the one hand, the majority of hockey arenas have a section of seats called either club seats or suites in which guests can pay high premiums to enjoy private and excellent views away from other fans. These seats also commonly come with certain special amenities such as private restrooms and waitstaff service so you can enjoy the game with utmost luxury.

Finally, there is a section also centered on comfort that does not stretch into the higher end of ticket prices. While the most sought-after seating is in the lower section of the arena called the lower bowl, there is also an upper bowl area that many find most comfortable. These areas allow a more peaceful spectator experience due to their distance from the action on the ice, an expansive view from above, and close proximity to the exits so that any fan in these seats can easily leave the arena when they wish, especially when leaving at the end of the game.

Pages Related to What Are The Best Seats At An Ice Hockey Game?