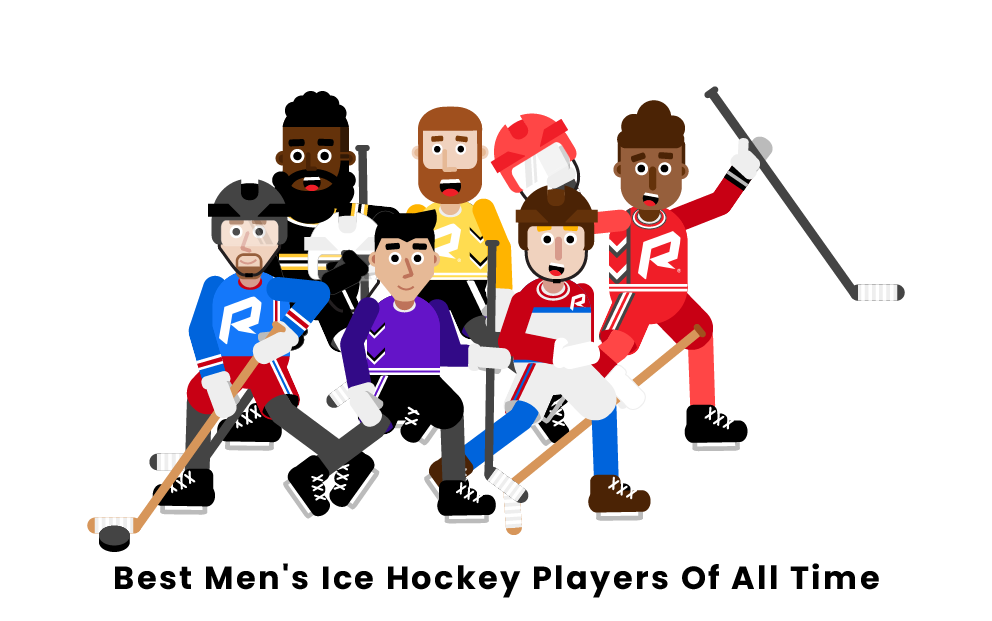 Wayne Gretzky was born in Ontario, Canada, in 1961. Gretzky played center in the National Hockey League (NHL) for 21 seasons and on four different teams. Nicknamed the “The Great One,” Gretzky has more goals and assists than any other player in NHL history. He played most of his career with the Edmonton Oilers, capturing the four Stanley Cup Championships with the team. Gretzky was also named MVP of the NHL nine times and is the only player in history to record 200 points in a season. The craziest part is that he did this four times in his career.

Gretzky holds the record for most goals in a season with 92 scored and is the fastest player to reach 50 goals in a season; this took him only 39 games. In 1988, he was traded to the Los Angeles Kings, where he helped bring the culture of ice hockey to the west coast of the United States, which skyrocketed interest and participation within the Golden State. Gretzky wore the number 99, which is the only number retired by the entire NHL, speaking to the significance of Gretzky.

Gordie Howe, who played right wing, was referred to as “Mr. Hockey” during his playing days and held many records until Gretzky broke them. Howe was born in Saskatchewan, Canada, on March 31st, 1928. He played the majority of his career with the Detroit Red Wings and was part of its famous “Production Line.” The Red Wings had a dominant offense and were one of the best teams in the league in the 1940s and 1950s.

Howe is known for his dominant play for so many seasons, playing until he was 52 and a total of 32 seasons across the NHL and World Hockey Association (WHA). He finished in the top five for scoring in 20 consecutive seasons and was the first NHL player to reach 1000 points. Howe retired from the NHL in 1971 but two years later came out of retirement to play with his two sons in the WHA for the Houston Aeros. In 1974, he won the MVP for the WHA and played until 1977, when he and his two sons joined the New England Whalers. He was named MVP of the NHL six times throughout his career and will be remembered for his scoring ability and dominant physical play.

Bobby Orr is often regarded as the best defensive player in NHL history and was known for his incredible fast skating. Orr’s career was shortened over the years due to injuries, and he played a total of 12 seasons in the NHL, ten with the Boston Bruins. In the 1969 and 1974 NHL seasons, Orr led all players in the league in scoring and is the only defensive player to win this award.

Orr was not only a great defensive player, he was able to skate around other teams on offense, and his style of play was revolutionary to players today. He won a total of 18 awards, to go along with his two Stanley Cup Championships. After his great years in Boston, Orr played the final two seasons of his career with the Chicago Blackhawks, but only played a total of 26 games in both those seasons as injuries began to tear him down. Orr will be remembered as the ultimate “what if” story in hockey regarding if he had not been forced to retire early at the age of 30 due to serious damage to his knees.

Mario Lemieux played 17 seasons in the NHL, all for the Pittsburgh Penguins. Lemieux, who played center, had an intimidating build standing at 6-foot-4 and 230 pounds but was still a very quick skater. He was a prolific scorer; he was the highest in the league six times and had ten 100-point seasons. Like Orr, Lemeuix also struggled with health issues and was forced to retire for three years during the prime of his career.

Still, Lemieux battled and returned to the ice, going on to be named an all-star his first year back. In the 1988 season he came close to breaking the 200-point barrier, but fell just short with 85 goals and 114 assists. Lemieux was able to capture the MVP title three separate times throughout his career and will be remembered for his dominance on the ice, as well as his great generosity through the Mario Lemieux Foundation off the ice.

Maurice Richard was nicknamed “Rocket” and played right wing. He is known as one of the best scorers in the NHL, and the league named the scoring trophy after him. Richard played for the Montreal Canadiens and was a superstar in the 1950s. His most famous goal came in 1952 in game seven of the Stanley Cup against the Boston Bruins. Richard was forced into the locker room due to a concussion, but later returned to the ice to score the winning goal. He was the first player to score 50 goals in a season, when the season only lasted 50 games, and was also the first player in history to record 500 career goals.

In his eighteen-year career, Richard was voted an all-star fourteen times and was named the MVP in the 1946-47 NHL season. He was inducted into the Hall of Fame in 1961 and will be remembered, just like all the players on this list, as one of the greatest ice hockey players of all time.

Mark Messier is a legendary retired center who played for the Edmonton Oilers, New York Rangers, and Vancouver Canucks. He was considered a leader on the ice, so much so that the NHL named an award after him. The Mark Messier Leadership Awards is an award that recognizes phenomenal leadership in and off the ice. His skills and leadership were well-recognized across the league, which culminated in his 16 All-Star selections, two Hart Memorial Trophy distinctions, and induction into the Hockey Hall of Fame in 2007. Outside of his personal success, Messier was also a key cog in six Stanley Cup winning teams.

Guy Lafleur was one of the best scorers the NHL has ever seen. He played primarily for the Montreal Canadiens, but also had stints with the New York Rangers and Quebec Nordiques. He was the first player to score 50 goals in six straight seasons, and also went six straight seasons with 100 points. After 14 years with the Montreal Canadiens, he had accumulated the most points in franchise history with 1,246. He was a key part of five Stanley Cup runs made by the Canadiens, winning the Conn Smythe Trophy in 1977 as the playoff MVP.

Jean Beliveau was a star player for the Montreal Canadiens during their reign of dominance in the 1950’s and 1960’s. He has a total of 17 Stanley Cups to his name, ten as a player and seven as an executive, all with the Montreal Canadiens. This is the most Stanley Cup championships ever collected by a single person. He won the Hart Trophy for NHL MVP two times. Beliveau finished his career with 507 goals and 1,219 points.