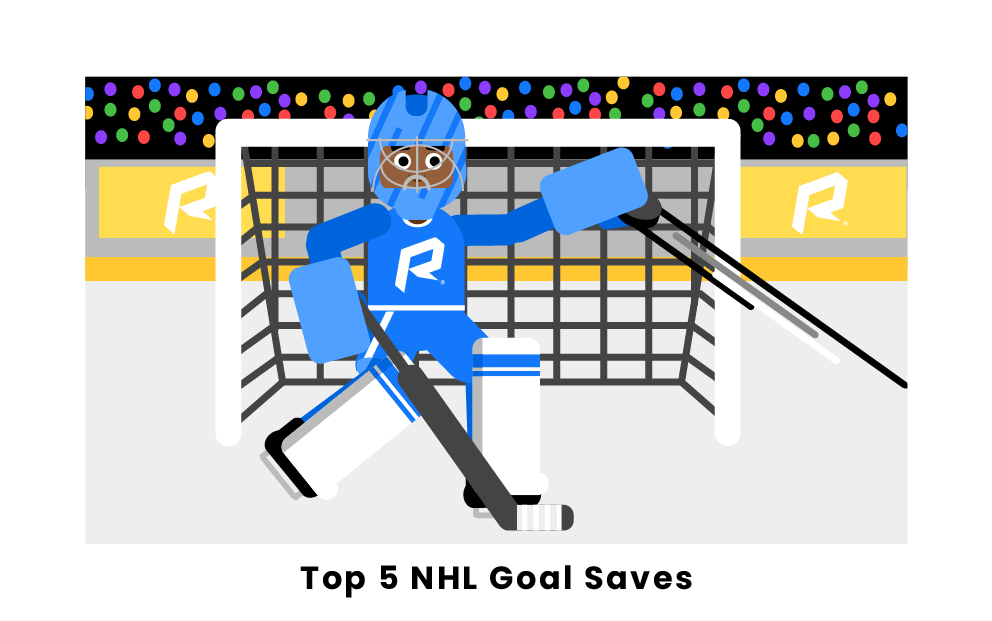 Who made the most well-known NHL saves?

This save made by goaltender Braden Holtby of the Washington Capitals has been named “The Save” in NHL history because of how iconic it is. Holtby made this save during Game Two of the Stanley Cup Finals and was credited with turning the direction the series was headed. The Capitals had lost Game One of the finals and were clinging on by a 3-2 lead in Game Two. Alex Tuch of the Vegas Golden Knights had received the puck and fired it immediately towards Holtby. Holtby quickly reacted, lunged his body towards the side of the goal, and stopped the puck with only the shaft of his stick. The crowd was amazed by the save, which ultimately helped the Capitals win game two and the next three games, winning the Stanley Cup.

During the start of the 2013 NHL season, Dallas goaltender Kari Lehtonen pulled off one of the greatest saves before the season even really started. The Dallas team was competing against the Columbus Blue Jackets, and Columbus defenseman, Jack Johnson, had maneuvered his way through and made a wrist shot towards goal. This shot seemed to be destined to make its way into the goal without any possible interference from Lehtonen. However, Lehtonen pulled something that had never been seen in ice hockey before. Lehtonen moved his arm backward, which forced him to contort his whole left side, and put his glove upside down in an effort to grab the puck out of mid-air. Although this save was legendary, it was not enough to bring the Dallas team to victory, as the Columbus Blue Jackets ended up winning the game 2-1. Lehtonen’s amazing save will always be remembered for bewildering everyone in the audience that night though.

In February 2018, Andrei Vasilevskiy of the NHL’s Tampa Bay Lightning defended the goal from the Los Angeles Kings. The Los Angeles Kings had been coming fast at Vasilevskiy during the first period of the game, but he was prepared to stop any puck coming his way. Vasilevskiy had pressure on him at the front of the crease during a penalty kill, but Vasilevskiy was able to predict Anze Kopitar’s, LA Kings’ attackmen, shot from the side. Vasilevskiy had placed his glove just in the right spot at the perfect moment in order to stop the shot, which he pulled off flawlessly. Vasilevskiy had seamlessly gotten his glove to go behind his back to stop the puck from entering the goal, making this one of his best saves during his career thus far. This shootout save will be remembered in NHL history for its robot-like perfection performance.

Henrick Lundqvist of the NHL’s New York Rangers is known as one of the best goaltenders in the history of the NHL. Lundqvist is known for his amazing and countless saves, but the one that stopped Max Talbot of the Boston Bruins is definitely one of the best. Lundqvist had to reposition himself into a butterfly position in order to stop the puck from going into the goal. Once Lundqvist had completely contorted his body to get a couple of extra inches on the puck, he knew he had stopped Talbot from scoring. This save helped bring the Rangers to victory against the Bruins with a score of 2-1 due to a last-minute goal from Jesper Fast. Fans believed Max Talbot was robbed of an easy shot, which is why it is so impressive that Lundqvist pulled off what should have been a difficult save and made it look simple. Lundqvist also finished the game with an impressive 32 saves total.

This save had everyone in the crowd confused and some disappointed. A majority of the fans in the audience believed that St. Louis Blues’ goaltender Jake Allen had missed the save and allowed Chicago Blackhawks right wing Mark Dano to score on a largely open net. However, this was not the case. Allen’s glove managed to stop the puck from going in right on top of the goal line, which is why he had so many people watching the game confused as to whether or not the goal had been made. The save even needed to be reviewed because of how insanely close the shot had been, but ultimately officials decided it did not cross the goal line. Although Chicago managed to pull themselves back together and score soon after, it is impossible to take away the incredible save Allen had pulled off for the Blues that night.

What is a good save percentage in hockey?

Who is the best goalie in NHL history?

What is GAA in hockey?