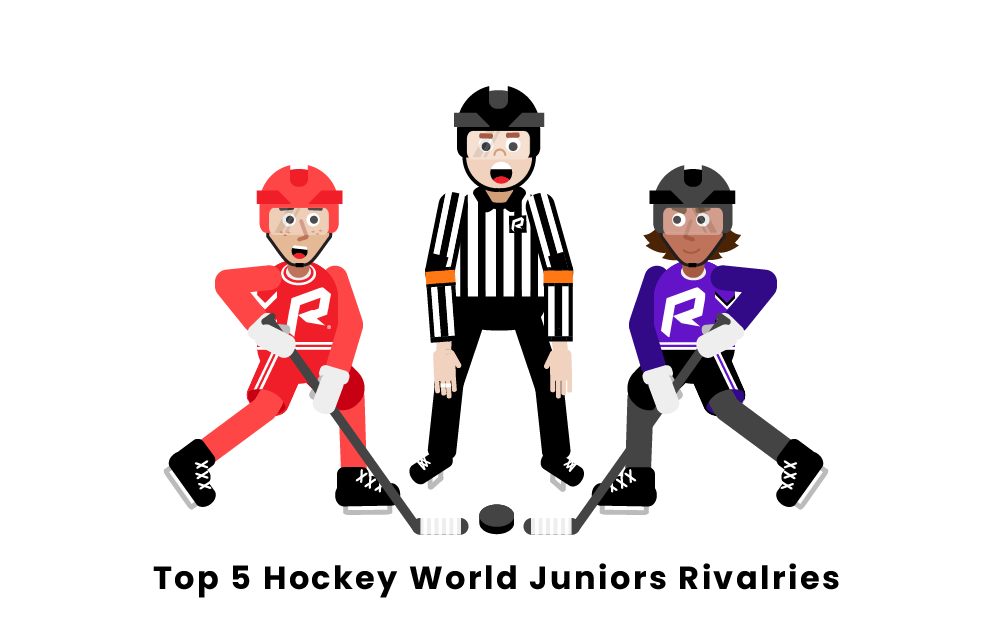 What are the most well-known Hockey World Juniors rivalries?

This rivalry between neighboring countries has been going on for years, and it is a matchup that all of the players look forward to, considering they spent their childhoods watching them face off. Since their first meeting in 1973, the United States and Canada have faced off almost every year. While the Canadians definitely hold the edge, it does not make the rivalry any less fierce for both sides involved.

Russia and Canada are constantly two of the best teams in the World Juniors every single year, making the rivalry all the more relevant. Just about every tournament, at least one of the teams is in contention for the gold medal, creating quite a bit of hype even for round-robin games. Over the past 20 years, the rivalry reached incredible heights. In 2009, Canada beat the Russians in the semis during a shootout, where Russia had a dramatic third-period comeback to beat the Canadians in 2011. Canada also had a dramatic win over Russia in 2015, earning them the gold medal.

Russia and Canada arguably develop more talent in the sport of hockey than any country in the world. With these two often being the favorites of the tournament every year, it will obviously turn them into heated rivals.

When it comes to international hockey (at any level), Sweden vs. Finland is a rivalry that is the fiercest in all of Europe. Therefore, when the two match up against each other in the World Junior tournaments, a lot is at stake. Since the first official hockey game between these two countries, and no matter what the level, the rivalry has not slowed down at all. In the 2020 World Juniors Hockey Championships, Sweden won a heated matchup in the bronze-medal game against Finland. Finland was the defending champion at the time, so this loss was very personal for them, especially when it came from their heated rivals and Scandanavian neighbors.

Both Russia and Czech Republic have superb hockey programs. This has led them to face off against one another quite a few times, creating some great matchups and a great rivalry. The two first faced off in the tournament back in 1997 and have gone back and forth against each other ever since. For five straight years in the late 1990s and early 2000s, the winner of the championship was either Russia or the Czech Republic. When both teams are dominant at the same exact time, it is impossible for a rivalry not to develop. That kind of dominance by the same two countries is hard to ignore, especially if they end up in the finals as they did in 2000.

5. Finland vs. the United States

These two teams have the potential for some great matchups in the near future. In the 2020 World Championship, the Finland team knocked the United States out of contention. This means that in the coming years, the United States will be looking for revenge, which will create potential for an up-and-coming rivalry. In their previous matchups, a lot of returning players remained on the team, which will also play a role in what could be the creation of a large rivalry. While the United States and Finland may not have the talent or history like Russia and Canada might, that does not mean they do not have fierce competitions when they play against each other. Their battles in recent years will only create more hype surrounding matches in the coming years.