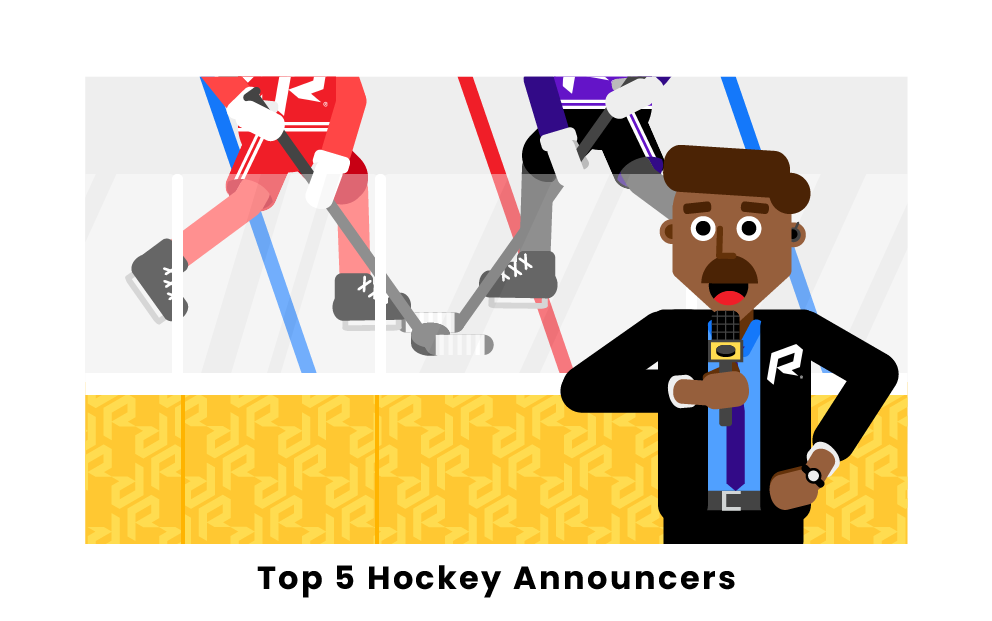 Who are the most popular hockey announcers?

Chris Cuthbert is one of the most well-known and beloved Canadian sports broadcasters in NHL history. Cuthbert has been broadcasting nationally since 1984 for CBC, covering the NHL, Olympics, and Canadian National Football League, and worked with them until 2005. At the start of February 2005, Cuthbert left CBC and began working for TSN. At TSN, Cuthbert worked as the network’s lead CFL announcer and as one of the main hockey voices for the network. The Canadian broadcaster has been a part of the TSN family for 15 years now. In 2020, Cuthbert decided to move to Rogers Sportsnet and return to Hockey Night in Canada, which used to air on CBC.

Fans love Cuthbert’s wide range of knowledge of each player, and he has played a role in many famous calls. Cuthbert does a fantastic job voicing the range of emotions that echo in the hockey arenas during games and is a fan favorite to many.

Although he retired in 2017, Bob Miller is still known as one of the best sports broadcasters in NHL history. Miller attended the University of Iowa and worked as one of the main radio voices for the university from 1957 to 1960. Bob Miller is best known for his work as a play-by-play announcer for the NHL’s Los Angeles Kings on Fox Sports West/Prime Ticket. Miller worked with the Los Angeles Kings from 1993 until 2017, loving every minute of it, and during the 1990s, Miller was partnered with Jim Fox. By 1997 Miller had earned a Los Angeles Kings hall of fame plaque, and the Kings named the press box at Staples Center (now Crypto.com Arena) in honor of Miller. Also, in 1997, Miller was honored by the state of California as “Sports Broadcaster of the Year” and given a lifetime contract by the Kings. Miller had also earned his own star on the Hollywood Walk of Fame.

Mike Emrick is a retired American play-by-play sports broadcaster who was the lead sports broadcaster for NBC and NBCSN. From 1993 to 2011, Mike was the voice for the NHL’s New Jersey Devils. Emrick worked as a professional broadcaster for 47 years and was in charge of broadcasting 13 Stanley Cup Finals on NBC, Versus, FOX, and ESPN and 23 game sevens in NHL playoff action. Emrick was one of the voices for the 2010 Winter Olympic Games during the gold medal men’s hockey contest, which was the most-watched hockey game in America in 30 years. Emrick has been awarded for his outstanding broadcast work; in 2008, he earned the Hockey Hall of Fame’s Foster Hewitt Memorial Award for his outstanding contributions to hockey broadcasting. Emrick also earned an Emmy in 2011 for “Outstanding Sports Personality Play-by-Play,'' The Lester Patrick Trophy in 2004, and several local Emmy awards.

Rick Peckham was an announcer for the NHL’s Tampa Bay Lightning. Peckham was seen by many as the “lightning” behind the Tampa Bay Lightning team for the energy he would bring listeners during games. Before that, Peckham served as the play-by-play announcer for the Hartford Whalers from 1984 to 1995. As of 2019, Peckham decided to retire, but his last season out of 42 total broadcasting seasons was unfortunately interrupted due to COVID-19. One of Peckham’s most iconic calls was when Brayden Point’s toe drag to maneuver around Evgenii Dadonov helped beat Florida in overtime. Peckham is seen as one of the most entertaining and professional broadcasters in the history of the NHL because of his knowledge of the sport and how to rile up listeners. Peckham was also a member of one of NBC’s playoff teams.

Randy Hahn is the play-by-play commentator for the NHL’s San Jose Sharks on NBC Sports California. Hahn’s work mostly revolves around hockey, but he has worked on announcing the FIFA Women’s World Cup in 1991. The San Jose Sharks also had a chance to win the Stanley Cup back in 2013, and fans really enjoyed Hahn’s broadcast for that run. Hahn is known for having fun during his broadcasts and keeping listeners entertained and informed. Back in 2009, Hahn broadcasted his 1,000th Shark’s game, where the Sharks faced off against the Calgary Flames in San Jose. Overall, Hahn has been working as a broadcaster for the San Jose Sharks since 1991; with an impressive 30 years under his belt, Hahn is a force to be heard.

Who is the best hockey announcer?

The best hockey announcer is a subjective question because everyone has their own personal preference for what voice they like to hear. However, Chris Cuthbert seems to be a fan favorite amongst many ice hockey fans. Cuthbert has been broadcasting nationally since 1984 for CBC, covering the NHL, Olympics, and Canadian National Football League, working with them until 2005. Cuthbert worked for CBC and then left to work for TSN but has since returned to Hockey Night in Canada which used to air on CBC.

Who are the NHL announcers?

An NHL announcer is someone who works in sports broadcasting and gives running commentary of a game in real-time for fans listening or watching on television. The goal of NHL announcers is generally to stay unbiased and present what is happening in the game without their own opinions interfering with the broadcast.

Who is the Stanley Cup announcer?

The Stanley Cup features a different team of broadcasters every season. While some announcers, such as Mike Emrick, have led many Stanley Cup Finals broadcasts throughout their careers, no singular announcer is responsible for calling the Stanley Cup every year. Usually, the top announcers from the network covering the Stanley Cup will announce the games. As of 2022, ABC and ESPN hold the rights to broadcast all NHL games.

Who was the NBC hockey announcer?

Mike Emrick was the main NHL on NBC announcer from 2008 to 2020. Emrick worked on reporting the play-by-plays of many games for NBC. Emrick’s voice is fond to many as he didn’t lose any of the passion and fire within himself as he aged. Mike Emrick has also been awarded an Emmy in 2011 for “Outstanding Sports Personality- Play-by-Play,'' The Lester Patrick Trophy, and several local Emmy awards.