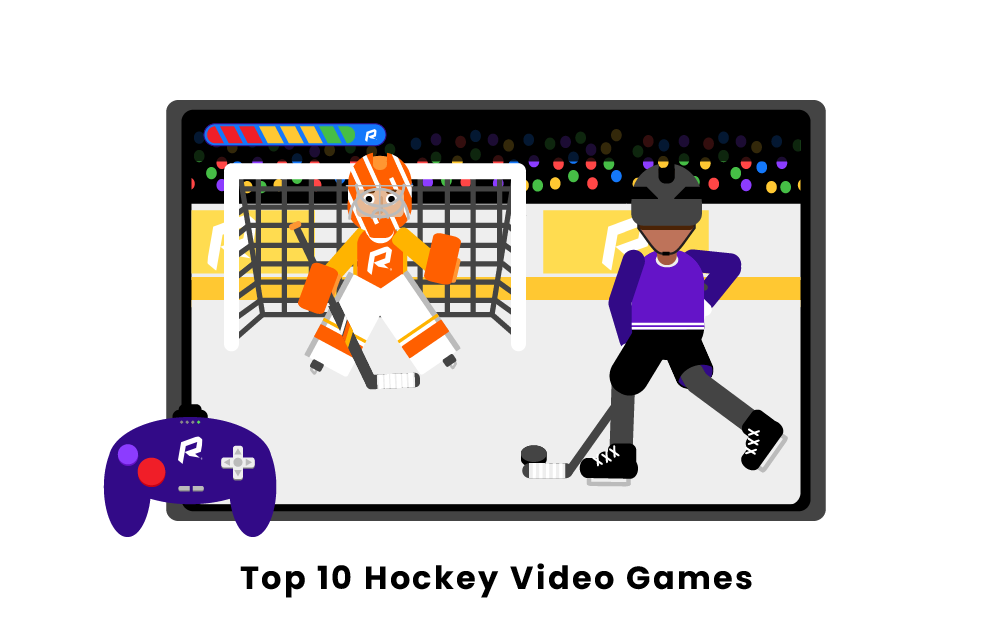 What are the most popular hockey video games?

Often considered the holy grail of hockey video games, EA Sports's NHL 94 still holds up to this day as a fun arcade and party game. The controls are easy enough for anyone to pick up as there is only a joystick to move, two buttons to pass and shoot, and a few others to switch players and skate faster. These controls are so popular that they remain as an option in NHL games today. Programmed by Mark Lesser, this game still holds huge popularity and reverence in the hockey community.

More so than the gameplay, NHL 11 is important to hockey video games because it ushered in the now-normal feature of microtransactions into the franchise. Following the roaring success of Fifa Ultimate Team and Madden Ultimate Team, EA Sports introduced their trading card mode to hockey fans with this installment. With a full auction house, trading block, and access to buy packs with money, this mode drew many non-hockey fans to the game. While some argue over the ethics of a mode with gambling-like features in a game many children play, Hockey Ultimate Team still produces ample money for EA Sports and is now a staple of the franchise.

After mostly skating past on the success of NHL 94 and subsequent titles, NHL 2004 changed the hockey video game landscape when it was released. The selling point was the intricate customization gamers could accomplish with the game. Players could change the faces of their team and even their general manager. NHL 2004 also offered a better sense of realism with its Dynasty Mode, one that is still played by hockey fans today, and Stanley Cup Champion celebrations. The Dynasty Mode is deep and infinitely playable, and the game felt more polished than ever.

NHL 2K7 was the last great NHL game created by 2k and Take Two before EA Sports completely took over the market for NHL-licensed video games. While 2k continued creating NHL games until 2011, these games were not nearly as successful as NHL 2K7 or EA Sports games. The key to the success of NHL 2K7 was the greatly improved presentation. With what 2k coined "cinemotion," hockey fans were treated to an experience that felt the closest to a real hockey broadcast ever with excellent player entries and music to fit the dramatic entrances.

Recency bias aside, the newest installment in the NHL franchise is a huge step up from its predecessors. After ditching the NBC presentation for a more streamlined approach, the developers were more able to focus on the gameplay aspects that hardcore players crave. The developers loaded the game with many new animations for hits and shots while also keeping the game looking as clean as ever. Without Mike Emrick and Eddie Olczyk, the commentary can get a bit cheesy, but that does not take away from the game's quality.

This installment of EA Sports's NHL series is renowned for both its gameplay changes and new modes. On the gameplay side, the improved skill-stick controls allowed players much more freedom with their skater than any of the games before it. Players could deke and perform great tricks on the ice for the first time in the series. NHL 09 also introduced what is now one of the most popular modes in the series. EA Sports Hockey League allowed five gamers to play together on the same team using their created players to face other clubs. To this day, hockey fans love the mode and play it constantly.

NHL 13 made great strides for the franchise with improved gameplay. The new engine and the feature coined "True-Performance Skating" improved the feel of the game. This new engine allowed players to do much more with their skaters than in any NHL title before it. Along with the already quality deking and stick physics, the new skating options took another step towards creating a realistic hockey simulation experience. Along with the engine change, NHL 13 made vast improvements to modes like Be-A-Pro and Hockey Ultimate Team that gave gamers even more reason to play the game.

Released in late 2014, NHL 15 helped usher in the NHL franchise into the next generation of consoles like the PlayStation 4 and Xbox One. Unlike other EA Sports franchises like Madden and FIFA, the developers working on NHL waited a year before venturing into the next generation. This wait shows in the gameplay which is pristine and realistic. Paired with the real NBC hockey presentation, this game's presentation easily passed the eye test. Unfortunately, the change of consoles left some modes in the dust for a year. These modes include fan-favorite EA Sports Hockey League and Online Team Play.

NHL 08, released in late 2007, really helped the hockey franchise into the next generation of consoles by fixing the bugs that plagued the previous installment with vastly improved AI. The "On the Fly AI" let fans get a true hockey experience with a puck that took some cheeky bounces and computer defenders that could steal passes and hand out devastating hits. This game began somewhat of a golden age in the series, as the titles on the PS3 and 360 really stood out against the rest of the games.

While EA's competition at 2k made the better game in 2007, this installation of their NHL series set it up for success in the future. Another game that came as consoles moved to the next generation, this time for the PlayStation 3 and Xbox 360, NHL 07 allowed EA to start monopolizing the hockey video game scene. This game introduced the skill stick which made significant improvements to the realism and fluidity of the game. While there were no new significant modes and the game definitely had its bugs, it still makes this list for the skill stick.