Hockey Too Many Men On The Ice Penalty 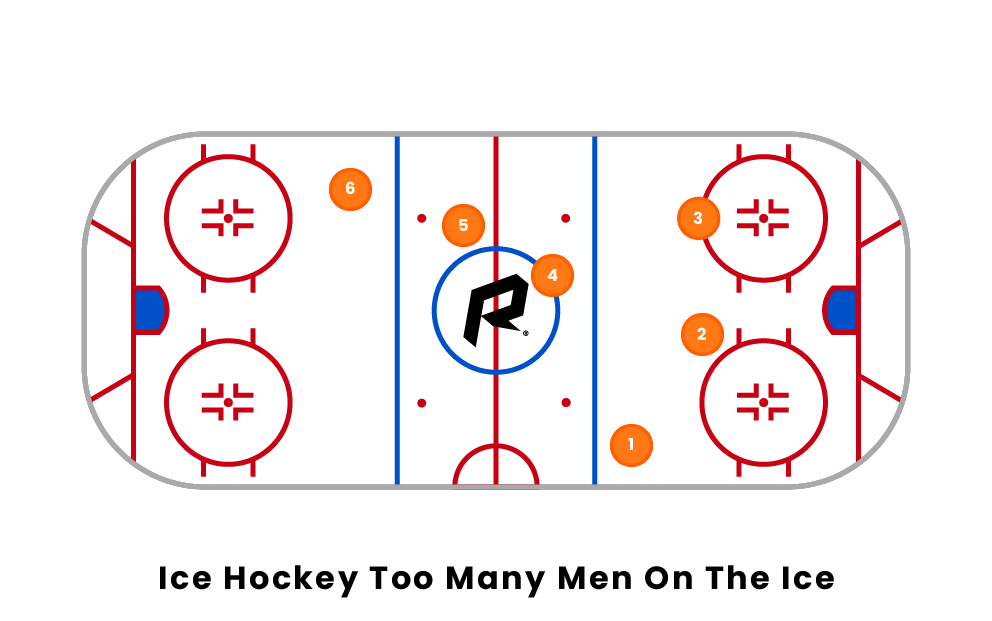 Like any other sport, ice hockey has a complex set of rules for players and coaches to follow. If a team breaks certain rules during a game, they can be penalized. In this article, you will learn about the penalty that occurs if a team has too many men on the ice during a hockey game.

After a few seconds, if a team still has too many men on the ice, referees will call the penalty. They will also call the penalty during a substitution if an extra skater touches the puck, even if they just entered the rink.

There is another exception to this rule. Towards the end of a hockey game, a team may choose to sacrifice their goalie and replace them with a sixth player. Although that means there are six hockey players on the ice, it is not technically breaking the rule because they are replacing the goalie with the sixth player.

In the National Hockey League, too many men on the ice results in a minor penalty. After a minor penalty, the coach of the team chooses one player on the ice to sit in the penalty box for 2 minutes. During this time, the team that received the penalty has fewer players on the ice than their opposition. The penalty and rules are the same for the NCAA, which governs hockey games at the college level. 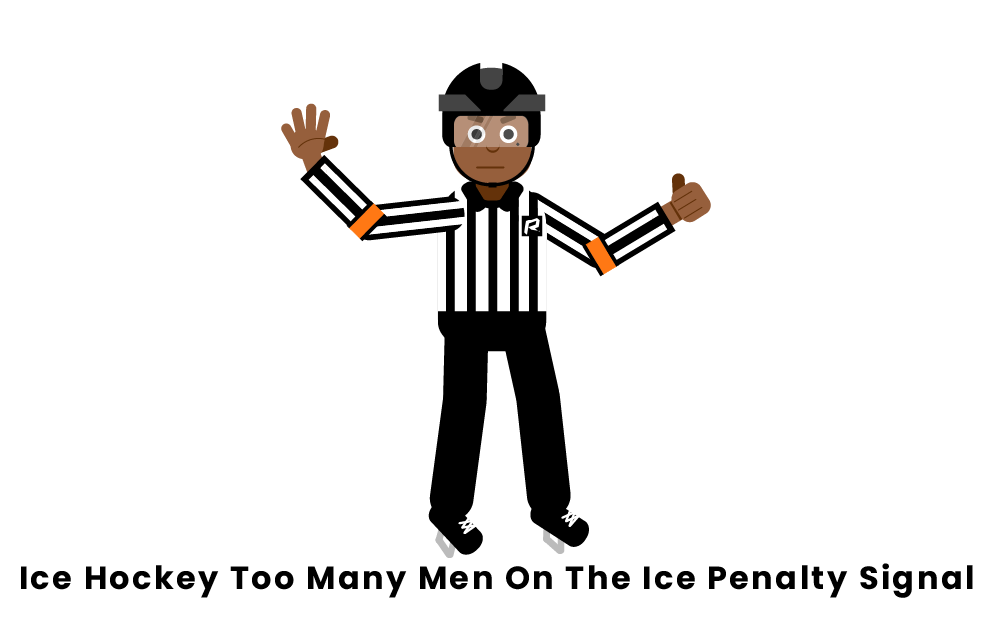 When someone during the game notices one team has too many men on the ice, referees decide to stop the play in order to evaluate the situation. Typically, referees blow their whistle to stop the play, then look at previous footage to determine whether or not to call a penalty. Although there is no official hand signal for a too many men penalty, sometimes referees will hold up six fingers and announce the penalty verbally.

Similar Penalties to Too Many Men On The Ice

What is a too many men on the ice penalty in hockey?

What are the consequences for a too many men on the ice penalty in hockey?

How many players are allowed to be on the ice at the same time in ice hockey?

Five players from each team are allowed to be on the ice at any given time during an ice hockey game. The goalies are not included in this number, which brings the total number of players allowed on the ice for each team to six. However, if a team decides it is strategically better to replace their goalie with a sixth player on the ice, they are allowed to do so during a game.

Pages Related to Hockey Too Many Men On The Ice Penalty