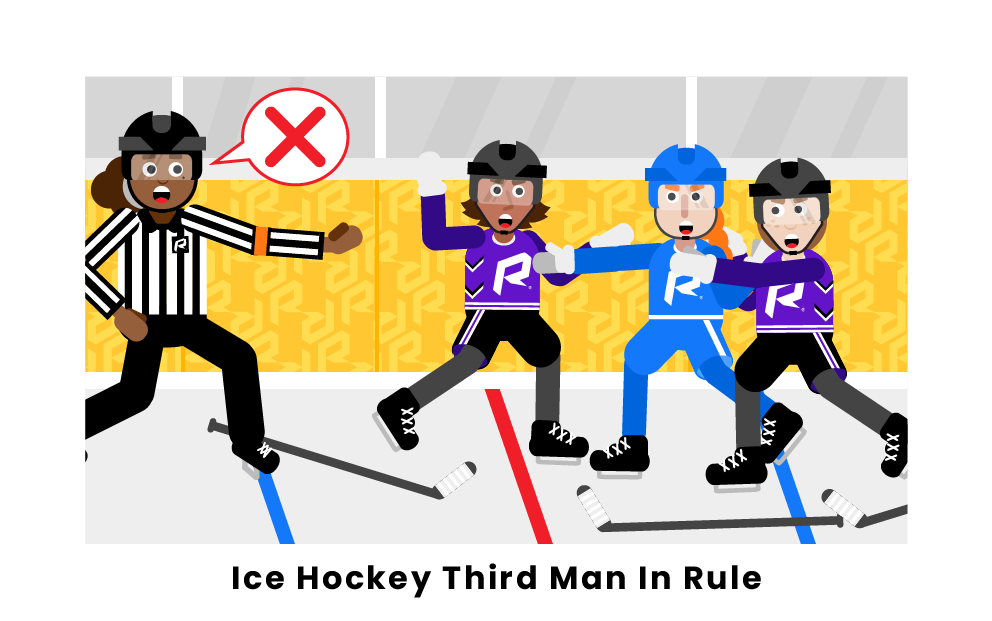 The third man in rule in hockey means that a third player cannot interfere with a fight that is in progress between two players. Doing so will earn the offending player a game misconduct penalty that results in ejection. When a fight breaks out, players should clear the ice and go to their respective bench.

The third man in rule in hockey states that a third player cannot get involved in a fight that has broken out between two other players, whether they mean to escalate the situation or not. Doing so will result in a game misconduct penalty, meaning that a player will be ejected for the rest of the game with ten penalty minutes recorded against them in the books, as well as a possible fine in professional leagues. While the team is not forced to play short-handed after the player’s ejection, they may also face fines in some leagues. The rule is in place to prevent bench-clearing incidents that could prove particularly dangerous or violent in nature.

To prevent escalation of an altercation, players should clear the ice and go to their team’s benches in order to let the referees handle the situation without bias. Even if a player intends to calm a fight down, a teammate rather than neutral official interfering can make the opposing team feel they need to even out the numbers, which causes more disorder in the long run.

The third man in rule applies to fighting specifically and not to lesser shoving or pushing that might occur between players during a stoppage of play. It is called at the discretion of a referee, who judges how an altercation started and the culpability that should ensue. In instances where a player has deliberately attempted to injure an unsuspecting or non-combative opponent, a third player will not be penalized for defending their teammate, and a match penalty will be issued to the aggressor.

Since intervening in a fight is a game misconduct penalty, all leagues, including youth leagues, will eject the player for the rest of the game. An additional ten penalty minutes will also be recorded in the books against the offending player. Professional leagues typically charge a fine for breaking the third man in rule, with the NHL charging $200 for a one-off offense. Further instances may result in steeper fines against both the player and team, as well as prolonged suspension for the player. 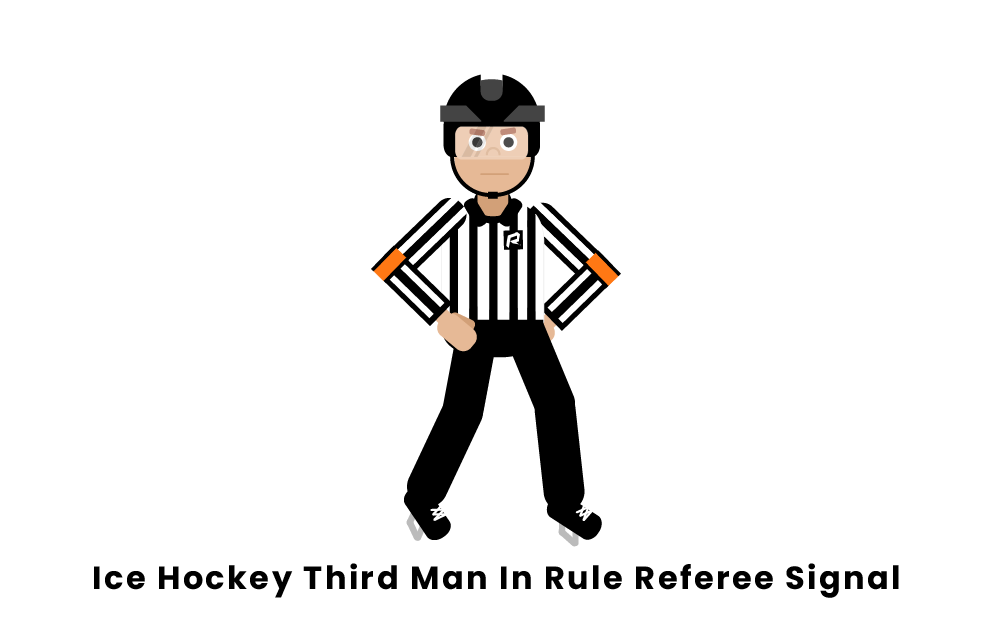 When a third man joins a fight already in progress between two other players, the referee will call for a game misconduct penalty. To signal a misconduct penalty, they will place both hands on their hips with the elbows at an angle.

Similar Penalties to a Third Man In

What is a “third man in” in hockey?

A third man in is any player who intervenes in a fight already in progress between two players rather than allowing the referees to break it up. Even if a player intends to end an altercation, a teammate intervening can escalate matters by making the opposing team’s players feel the need to join in and even out the numbers. Players should leave it to the referees to handle a fight to avoid escalation or bench-clearing incidents. For this reason, the third man in penalty exists to prevent fights from escalating further.

What are the consequences for being the “third man in” in hockey?

The “third man in” typically receives a game misconduct penalty resulting in a fine and subsequent ejection for the rest of the game, though refs adjust to the context of the situation. The player’s team is not forced to play short-handed once the player leaves. In the case of a match penalty, where someone attempts to harm another unsuspecting or non-combative player, a third man who intervened will not get a penalty, and only the aggressor will be punished.

Can a third man in penalty result in a suspension?