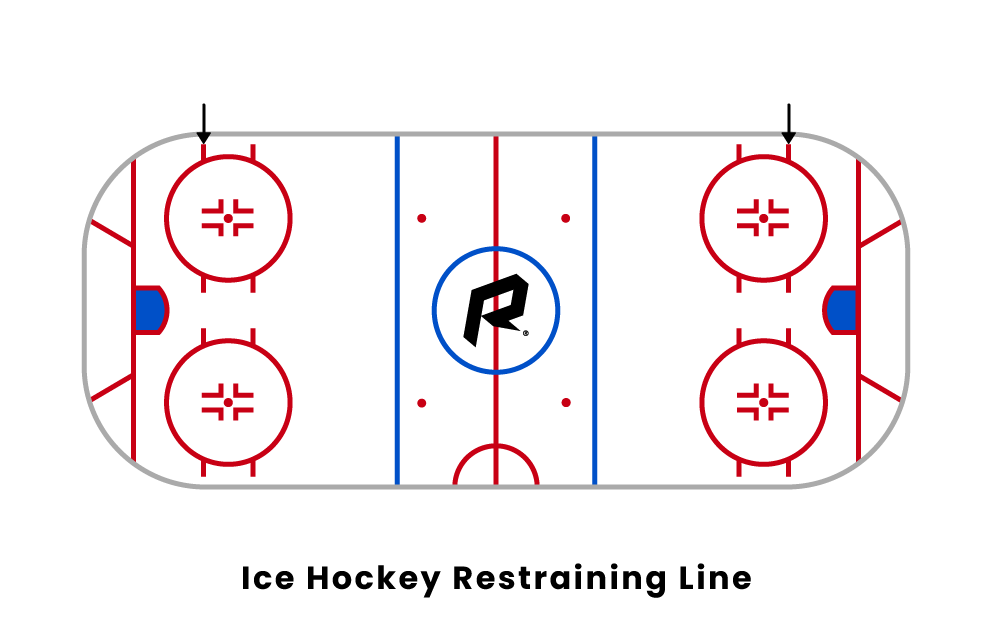 The hockey restraining lines are markings in the face-off circle that indicate where players should be positioned when a face-off occurs on the ice.

When does a face-off occur?

A face-off can occur in different spots around the ice. Therefore, there are restraining lines all over. A face-off is used to begin every play, period and game. Face-offs will also occur after a goal is scored or a penalty is issued by the official. You don't want to have a face-off in your defensive end due to the possibility of your opponent creating a great scoring chance. Face-offs are an important part of hockey.

How many restraining lines are on the ice?

Why does a referee send a player out of the face-off circle?

A referee wants to have a fair face-off for both teams in the circle. Many times, a referee will send a player out of the face-off circle and another team member will be required to enter and take the face-off. If the player violates the restraining lines, they will be sent off. The players cannot touch each other before the puck is dropped and they must keep their stick on the ice.

What is the five second rule?