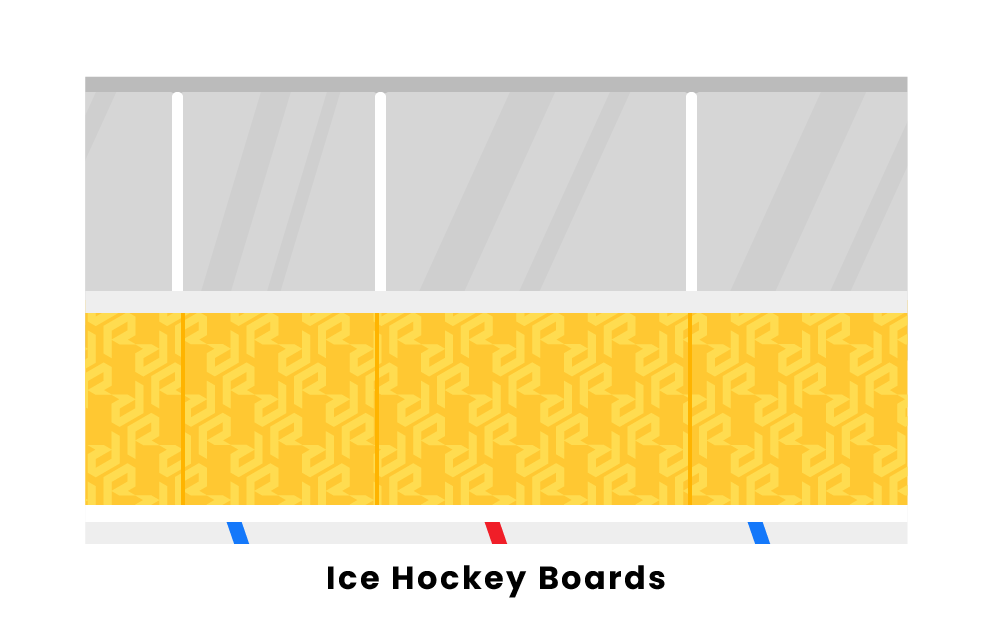 Hockey is one of the quickest and most physical sports in the world. Therefore, it is important to have a structure that separates the players and the puck from the spectators. That is where hockey boards come in. Hockey boards are the structure that surrounds and encloses the ice rink. Boards serve a few functions. The first and most important function of the boards is protecting the fans and the players. Hockey is played at a very high speed and is very physical, so the boards are vital in separating the fans from the players and pucks and helping the players brace themselves when they are hit. Another function of the boards is to maintain the speed of play. Hockey prides itself on being a fast-paced sport, and the boards help keep the puck in play, reducing potential stoppages for the puck going out of play. Players often use the boards to indirectly pass the puck to their teammates, creating a fast-paced and exciting game.

Hockey boards are typically 42 inches above the ice and are made of high-density polyethylene. Attached above the polyethylene boards is a protective glass made of either acrylic or tempered glass. The attached safety glass is eight feet high behind the goals on each end of the rink and five feet high on the sides of the rink. In addition to the protective glass and dasher boards, a mesh net is hung up behind each goal to add an extra layer of protection for the fans.

Hockey boards have a few unique features. There are cutouts in the boards with gates that house a bench for each team and a penalty box for each team. In addition, boards can be money-makers no matter what level of hockey they are housing. Boards are a great advertising opportunity, and most rinks, whether a small local rink or a stadium that houses an NHL franchise, will sell advertising space on their boards.

What are hockey boards?

Hockey boards are a frame that is meant to enclose the rink to protect the players and the fans by keeping the puck in the rink. Hockey is a high-contact sport that is played at a very high speed, so it is vital that there is a structure in place that separates the players and the fans to ensure the safety of both groups. Hockey boards are also used by players to pass the puck and brace for impact when being checked.

What are hockey dasher boards made of?

The hockey dasher boards that make up the bottom part of the rink enclosure are made of high-density polyethylene, which is a very strong plastic that is one of the most commonly used in the world. The safety glass that extends above the dasher boards is made of either acrylic or tempered glass, and the net that extends above the glass for extra protection is made of mesh netting.

How high are the boards in hockey?

The ideal height for the boards in hockey is 42 inches above the surface of the ice. NHL approved safety glass is attached to the boards and extends eight feet in the air behind the goals on each end of the rink and five feet on the sides of the rink. In addition, there is a safety net that extends above the safety glass to provide extra coverage for fans in the area behind the goal.