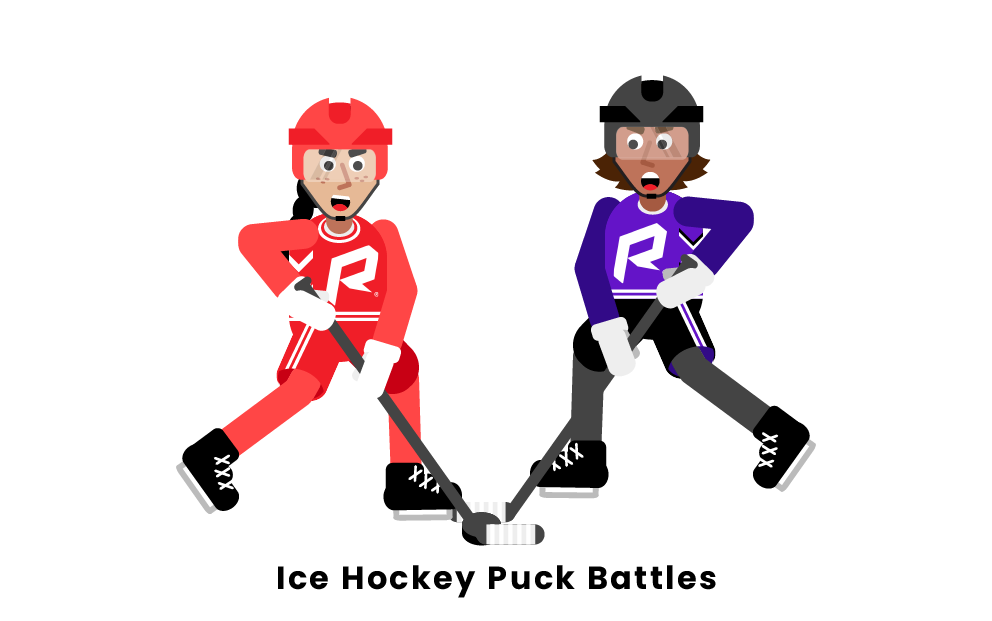 In hockey, teams are constantly changing ownership of the puck through turnovers. A turnover is a change of possession without a goal. When a team attempts to take away possession of the puck from the opposition, they will sometimes get into what are called “puck battles.”

There are two outcomes that can happen as a result of a puck battle:

In either case, puck battles are one of the main ways the puck changes possession during an ice hockey game.

How to Win a Puck Battle

Two of the main keys to winning a puck battle in hockey are utilizing the stick and hips to manipulate the position of the puck and the opponent. Stick checks and poke checks are key to winning a puck battle. However, it is crucial to avoid slashing the opponent when using the stick, as that can incur penalties. Meanwhile, when using the hips, a hockey player should deploy a well-timed hip check to throw the opponent off or shift them farther away from the puck, which will make it easier to win the battle. Hip checks are especially effective in the corner when both players are in a stationary position.

A 50/50 puck is a situation where both teams have an equal chance of gaining possession of the puck. This term is usually used when two opposing players are racing toward a puck that they are equal distance away from.

How do I battle for the puck in hockey?

To battle for a puck in hockey, you must strategically use both your body and stick to take away the puck from the opposition while also quickly moving your feet and remaining agile. Using your body and stick to check will help you to overpower the opposing player and create a wall between them and the puck, which gives you a better chance of winning the puck battle. Remaining agile and quickly moving your feet is also crucial, as once you have gained possession of the puck, you will need to get away from the opposition as quickly as possible.

How do you win a corner battle in hockey?

To win a puck battle in the corner of the ice, using your hips is the best technique. Using a hip check to create a barrier between your opponent and the puck makes it much more difficult for them to gain possession. This gives you a better position to control the puck and make a pass out of the corner.