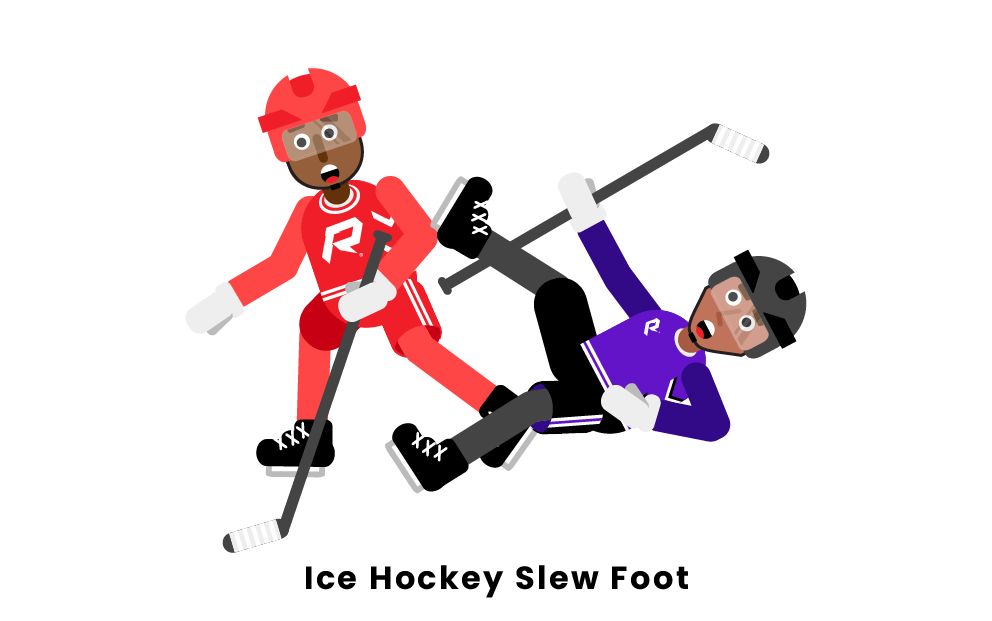 In ice hockey, slew-footing is the act of a player using their leg or foot to knock or kick an opponent’s feet out from under them, or to push an opponent’s upper body backward with one arm or elbow while at the same time knocking or kicking the opponent’s feet out from under them with a forward motion of his leg. This will cause the opponent to fall violently to the ice. Slew-footing is a major penalty in hockey, often incurring immediate and severe consequences.

Slew-footing is a major penalty in ice hockey, as it is an extremely dangerous action. Though hockey is a very physical game, certain actions on the ice go above and beyond acceptable levels of aggression, risking severe injury and often earning immediate penalties. Slew-footing is one of these major penalties. Slew-footing occurs whenever a player attempts to use their leg or foot to kick an opponent’s legs out from under him, sending them falling either forwards or backward onto the ice. In some cases, slew-footing involves both the arms and the legs. In these cases, the offending player will push an opponent’s upper body backward with their arm or elbow while at the same time sweeping the opponent’s legs out from under them. This will cause the player to slip backward and land hard on their back on the ice. 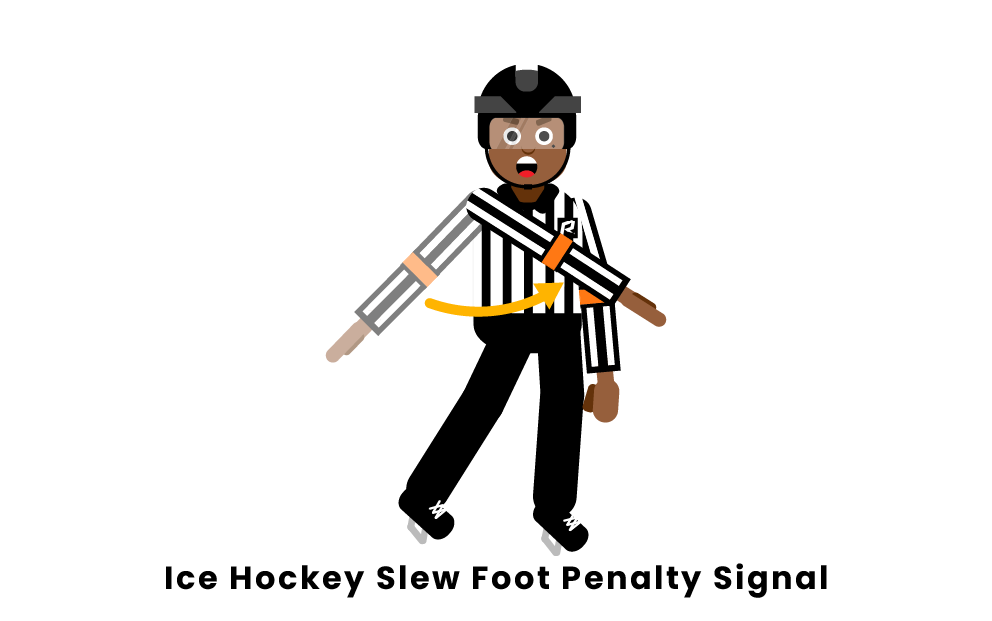 The signal used for slew-footing in hockey is the same as the signal used for tripping. In both the NHL and the NCAA, tripping is signaled by the referee bending his knees and moving his right arm in an arcing motion across the right leg.

Similar Penalties to a Slew Foot

What is a slew foot in hockey?

Slew-footing in hockey is the act of attempting to knock an opponent’s legs out from under them using one’s own legs or by using one’s hands or elbows to push them backward while sweeping their legs out from under them. Slew-footing is a dangerous action in hockey and is an automatic penalty that usually results in ejection from a match. Many players have been injured as a result of slew-footing, which is dangerous for the head, neck, and legs of the slew-footed player.

What are the consequences of being called for a slew foot in hockey?

Can a slew foot result in suspension?